Since I’m old as hell I can remember booting up my Gateway computer (look it up, seriously) and hopping in the pilot seat of my lumbering death-factory to play some Mechwarrior 3. And it was awesome. Whether it was stomping buildings to dust, spraying down enemy mechs with heavy machine guns, or using the cool image magnifier to pinpoint-aim a rocket, hours of fun were had.

And then Mechwarrior went silent. For a very, very long time. Mechwarrior 4 came out in 2000. The fifth installment of the series was an Epic Games Store’ exclusive when it launched in 2019 and it has now finally made its way to steam with a few tweaks. The game comes with the Heroes of the Inner Sphere DLC which adds things like crossplay, AI that can now use jump-jets, and audio improvements just to name a few.

The only problem is that though the franchise has been on ice effectively for twenty years, apparently not a lot of thought has gone into updating the gameplay, mechanics, or story. Mechwarrior 5 can no doubt be an earth-shattering experience, but only if you’ve spent your entire life in an Amish village.

Your garden-variety gamer will not be impressed. The gameplay feels effectively ancient and neither piloting mechs nor managing your mercenary operation yield much fun. At times, it can even be painful to play as a steep learning curve will have you struggling to even get your mechs outfitted with the right equipment. 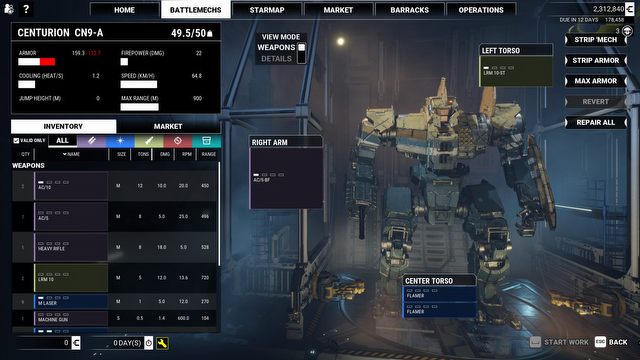 For instance, I equipped a new weapon I’d earned from a gig only to launch the next mission without realizing I had no ammo for said weapon. I had to complete the mission with nothing but the puny lasers you start with, and a bad time was had. The lasers (I should mention out of journalistic obligation) are terrible thanks to a lengthy recharge time, despite being one of the basic weapons in your arsenal.

The layers and layers of menus create the illusion that there’s a deep system-management side to Mechwarrior 5, but it’s just tedious micromanagement of every little thing. I guess it’s nice that you can adjust the level of armor on individual pieces of your mech, but why even do that at all? I barely touched that feature and it felt like it might as well not even be there.

Instead of a story, the devs plop you in the middle of the “Inner Sphere,” a region of space containing a number of habitable worlds as well as some warring factions. In an opening mission where your father dies at the hands of rival mercs, I thought we were being set up for a standard revenge plot. But then I got to the second level.

Strolling across the bridge of my starship, I couldn’t help but feel how awkward it was for me to just be automatically put in charge of the mercenary operation, especially when it was my character’s poor judgement that caused my father’s death in the first place. The interview for that job must have been either damn uncomfortable, or completely unprofessional. 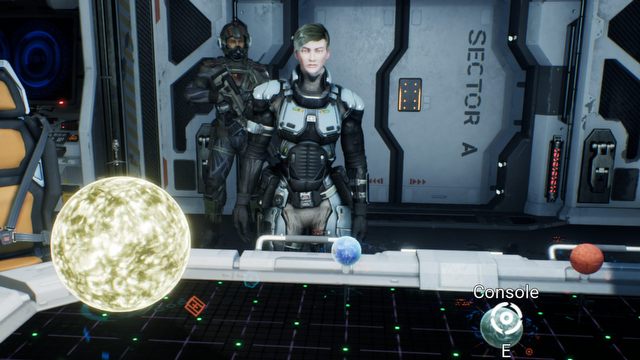 It turns out being the boss is not very fun. Not only do you have to risk your neck on missions; you also have to micromanage almost every aspect of your mercenary company. There are bills to pay, mechs to repair, and it even costs money to jump around the system to look for work. While it makes sense that you have operating costs, it isn’t very fun. It also doesn’t seem to really matter, as I always managed to bring in enough money, equipment, and new mechs to keep the operation running smoothly.

My biggest issue with Mechwarrior 5 has to be the gameplay, which is just so very… boring. The enemy AI is as simple as something from the first video game ever coded. They’ll move around, shoot at you, but don’t amount to much of a threat. Enemies don’t use tactics, or change weapons, or use the terrain to their advantage. They run around until you kill them. That’s literally it.

You’d think making a game about giant robots that blow things up would sort of design itself. But I’ve never had less fun inside a giant robot and that’s the sad but honest truth. Enemies are dumb, you win every single mission you go on, and the limits imposed on you for the sake of realism end up being huge hurdles to the fun you might have otherwise with this game. 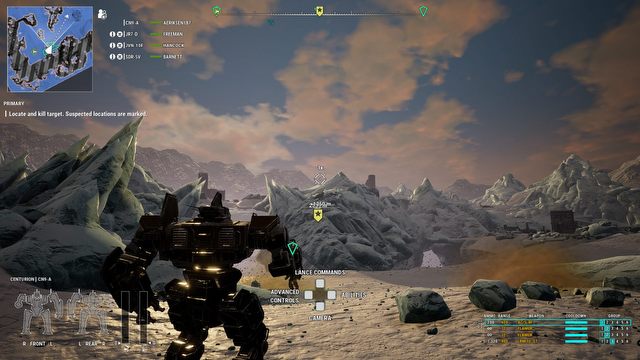 I’ve got an enemy mech in my sights. I lock on and press the trigger. Nothing happens. INSIDE MINIMUM RANGE flashes over my screen. I sigh and spam my weak lasers until the enemy running in circles explodes. I return to base and pay a $100,000 bill for what I can only assume is Space-Netflix. I rinse and repeat for a few more hours before I turn the game off and go play something with more depth, like, say, Tetris.

I’m sorry to be flippant but there’s no other way to convey my lack of enthusiasm for this game. You could call this a tour de force if it were still 1999. Games have come so far since then that it’s very, very hard to justify the poor AI, lousy UI, and a long list of things that pretend to be gameplay but just aren’t. If you want a giant robot fighting game, stick to Titanfall.

According to our users, MechWarrior 5: Mercenaries for PC was a disappointment - the expectations before the release were higher than the current average user score.