The finishing weeks of 2019 still hold a few gifts for fans of adventure storytelling games. December will see the releases of two such games  the complete Life is Strange 2, at last, and the PC port of Detroit: Become Human. In December, we'll also play the new game from the X-Com creators, a spin-off of the Darksiders series, and the first release of the PC edition of the Halo series collection. Fans of huge robot robots will be able to realize their fantasies in MechWarrior 5, a game with a simulator knack. 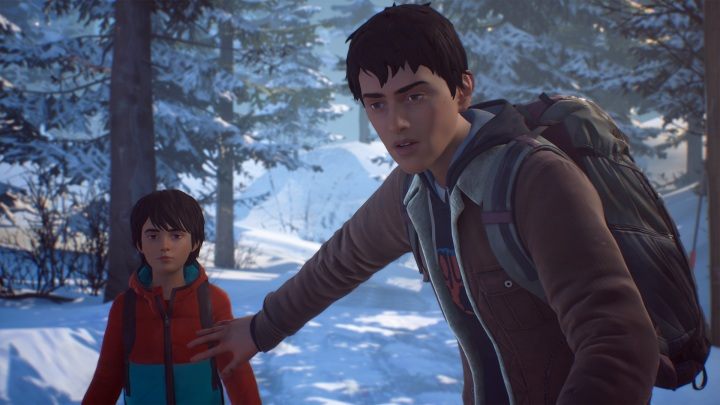 Didn't that happen a year ago?

Although the release of Life is Strange 2 theoretically happened in September 2018, it was only the first of five episodes that would constitute the full story in the sequel to the cult storytelling series. Three more episodes have been released over the past year, with the final one completing the entire season and making Life is Strange 2 a full game  coming to your PC this December.

What exactly is Life is Strange 2?

This narrative adventure from Dontnod, the creators of the first Life is Strange, Vampyr, and Remember Me. The title is set in the same universe as its predecessor, but focuses on the fate of new heroes. In terms of mechanics, this is a typical representative of the genre, where the most important things is making decisions that affect the history and shaping the course of dialogues by choosing responses. During the game, we also explore small locations and solve simple environmental puzzles.

What is the plot of Life is Strange 2?

The main characters of the second LiS are the sixteen-year-old Sean Diaz and his younger brother, Daniel. As a result of some tragic events, the siblings are forced to leave the family home in Seattle and begin a dangerous journey to Mexico, during which they are pursued by the law enforcement. Sean not only has to take care of his brother in this dangerous situation, but also help him master his newfound power.

The first Life is Strange was phenomenal, but I have some concerns with regards to the second installment. On the one hand, I have completed the first episode, which I really liked. On the other  reviews of the subsequent three episodes do not inspire optimism, often mentioning a sharp decline in form. It's of course hard to make judgements now, but I'm not holding my breath  just in case. It would be a shame if Dontnod, after their initial success, were spread too thin. Hopefully they can avoid the fate of Telltale Games  there too, the main idea after the success of TWD was, essentially, quality over quantity.