Theres a song by the late, great Peter Allen that tell us, Everything old is new again. While Ive never been a huge fan of this kind of nonsense, its hard to deny that our popular culture is constantly recycling itself, and nowhere is this trend more prevalent than the video game industry where upgrades, remakes, re-masters, and demakes seem to lurk around every corner.

Case in point: How many new versions of Skyrim have there been since it was originally released in 2011? Christ, I think the next version is going to be ported to the smartscreen on my refrigerator and the big question itll ask me is Would you like your ice cubed, crushed, or would you rather play a nice game of Skyrim?

Regardless, there are still a slew of games (especially from the dark days of the *gasp* 1980s that mainly existed on the home computers of that era) that deserve a 21st century upgrade, and Im not talking about spiritual successors and fan remakes here  I want the real deal from the original IP owners, if possible. So, my list is as follows:

Before many of us were captivated by the lovely, but devious, Carmen Sandiego, (also around the same time as folks were dying of dysentery on the Oregon Trail) there was Agent USA. Ostensibly a learning and/or educational game that tasked players with learning about geography, spelling, time zones, and US state capitals, Agent USA was also a ton of fun. 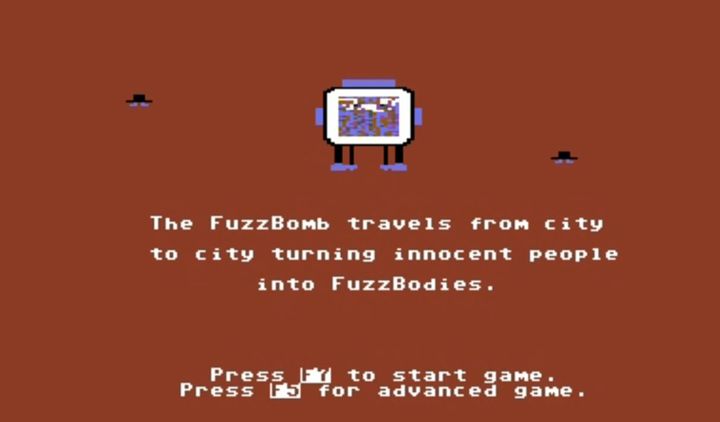 Kneel before the almighty Fuzzbomb!

I mean, how could you not like a game where the main enemy is a giant TV with feet called the Fuzzbomb? My friends and I liked this game so much in 7th grade we made up a schoolyard variant of tag based around it. We called it Dont Get Fuzzed! and now I totally need to play a hi-res version of this wacky learning game once again maybe with some tag elements added in for good measure.

Ballblazer, Rescue on Fractalus!, The Eidolon

The original trio of Lucasfilm Games. (Koronis Rift was released during this time as well, but I never played it back then).

Back in the mid 80s, Lucasfilm announced their presence in the video game industry with authority by releasing three excellent games in succession: Ballblazer, a hybrid-futuristic sports game similar to soccer/football; Rescue on Fractalus!, a sci-fi adventure/rescue mission with a rather shocking twist; and The Eidolon which is a first-person dungeon/cave crawler that has the player piloting a 19th-century, H.G. Welles-esque vehicle thats entirely reminiscent of the 1960s Time Machine for sure.

Give these games a graphical overhaul, tweak the gameplay a bit, then release them as a trilogy through Steam, GOG, or/and Limited Run and BOOM! Thats a license to print money, I tell ya.

Id be remiss if I also didnt mention my favorite Lucasfilm game here, Maniac Mansion, but rather than a remake, maybe a third game and/or sequel (to follow Day of the Tentacle) in the series? Make it with the same engine/graphics as Thimbleweed Park and youd have another winner on your hands for sure.

Moebius: The Orb of Celestial Harmony

There are some games that only seem to exist in my memories as if they were wicked fever dreams. Moebius: The Orb of Celestial Harmony by Origin Systems is one of those games. It was given to me by a dude I barely even knew. I was invited to his house by a friend to play poker something which I rarely ever did as a 16-year-old lad. But, as soon as I saw that he had an extensive collection of C64 floppy disks in his bedroom, all my interest in playing poker that evening faded not that I really had much interest in the first place. He proceeded to copy a couple disks for me while pontificating that, This game is going to blow your mind! 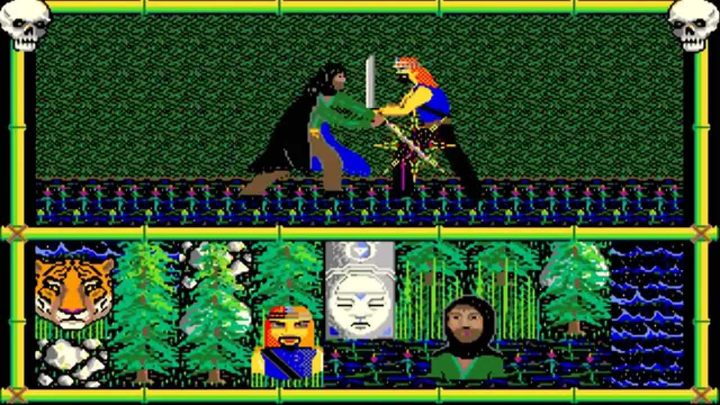 While I was initially skeptical, this dude couldnt have been more correct. In this experience, you are a disciple of the Headmaster, whose mission is to recover the Orb of Celestial Harmony from the disciple-turned-villain, Kaimen. To do that, the player must train his/her body and soul in the tradition of Chinese warriors, and to walk the path of Moebius the Windwalker.

From there, its best you buckle up buttercup, because you are in for quite a ride. One that has you traversing the elemental planes (Earth, Air, Water, and Fire) in a tiled, RPG fashion, but there also battle sequences that play out like a fighting game where you can also command fireballs and fling ninja stars. While this may seem commonplace today, I can assure that in 1986, this was just something Id never, ever seen before  outside of a flick that was playing on a UHF channels late night Kung-Fu Theater line up.

Honestly, I have no idea what a remake of this game could and/or should look like, but Id sure like to see some brave developer try to bring something this audacious, and just so unapologetically unique, back to the video game landscape once again. 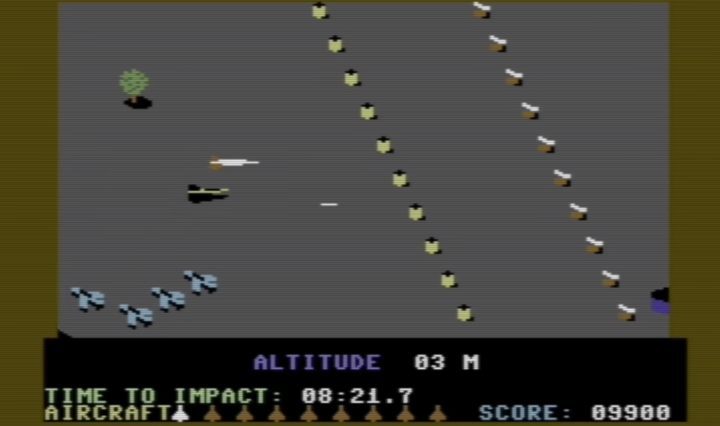 Raid Over Moscow, another of my personal favorites from this era, is a multi-genre gem designed by the Carver brothers, Roger and Bruce. This little slice of Cold War paranoia tasks the player with invading Russia and stopping a nuclear strike on the good ol US of A.

To do this, the player must conquer four different stages (piloting your ship out of the satellite hangar, a side scrolling, Zaxxon-esque shooter, a bazooka attack on the Kremlin, and finally a TRON-inspired disc toss to destroy the evil Communist CPU that controls the missiles).

Leave the rock-solid gameplay as is, rework the graphics in a voxel-style, and this would be another revamped title that would kick much ass and take many names.

This game was Metal Gear before Metal Gear although they both came out in 1987, I knew of Microproses Airborne Ranger waaay before I knew of Metal Gear, because Metal Gear didnt come to North American shores until late 1988. 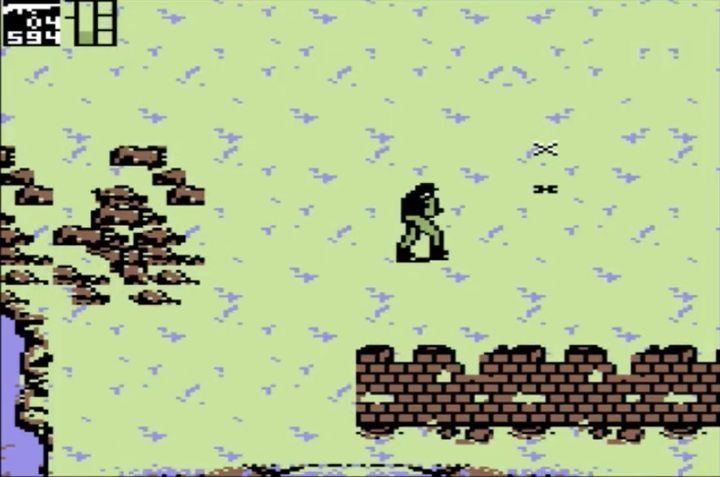 Much like Konamis tactical stealth classic, Airborne Ranger assigned the player with infiltrating various bases (with diverse objectives: rescue, bombing, stealing plans, etc.) as quickly and quietly as possible, using a variety of cool, military gadgets and weapons at your disposal.

Update this game with the power of Epics Unreal Engine 5, and youll have another experience that gamers will be clamoring for because who knows if/when well ever see another proper Metal Gear game. Thanks, Konami.

The Return of Heracles

This is one of the more memorable 8-bit RPGs in my mind because of two things: the ancient Greek setting, and the lost, sleepover weekend my buddy I had plowing through this game almost non-stop when we were 12. 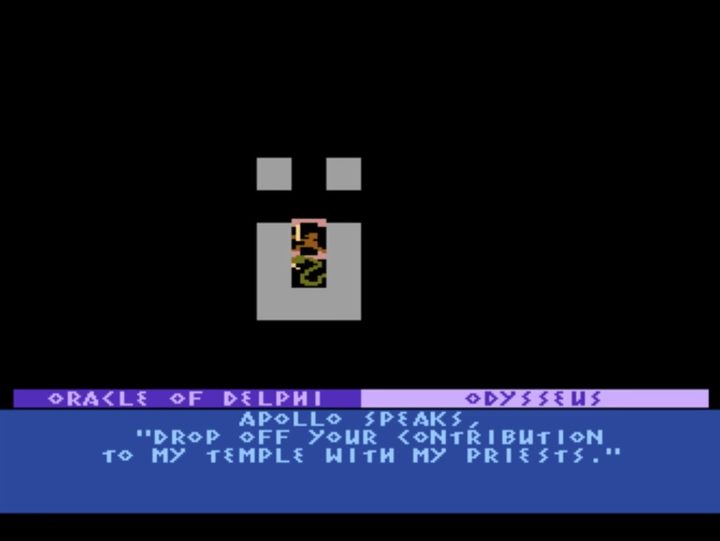 In The Return of Heracles, the player moves about the Grecian peninsula and can control up to 19 characters from Greek mythology, collaboratively or competitively, either at the same time or in succession if the previous characters die. The cast list includes well-known heroes and demi-gods, both male (Odysseus, Perseus, Castor, Ajax) and female (Hippolyte, Melanippe) as well as Pegasus. Each character has various strengths and weaknesses in terms of the game's attributes (strength, dexterity, speed, weapon skill), and many of them have special characteristics (i.e., healing, a dog companion, etc.)

Turn this memorable game into a Hellenistic re-skinning of Octopath Traveler and RPG fans will be champing at the bit for it.

The original One on One (featuring Julius Dr. J Erving and Larry Bird) was one of my favorite sports games of the 8-bit era (Accolades Hardball! being the other). One could argue that if this mano a mano basketball game didnt succeed back in the day that EAs vaunted EA Sports line would not exist today as we know it, but it did succeed, and here we have infinite FIFA and Madden sequels but I digress 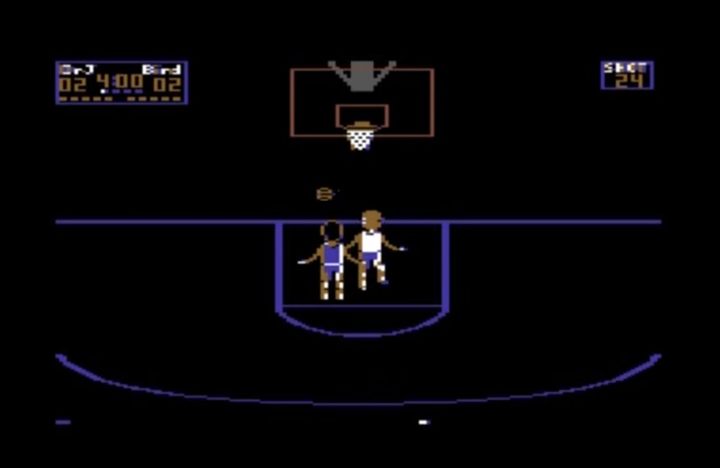 The idea for this remake would be to keep the graphics cartoony and fun while also keeping the tight, core b-ball gameplay and mechanics virtually the same. The cool wrinkle Id like to add here though would be to have five different players from each era of the NBA represented (from the 60s until the present day), so if you wanted to see how Bill Russell would stack up against Joel Embiid you could totally make that happen on this virtual court. 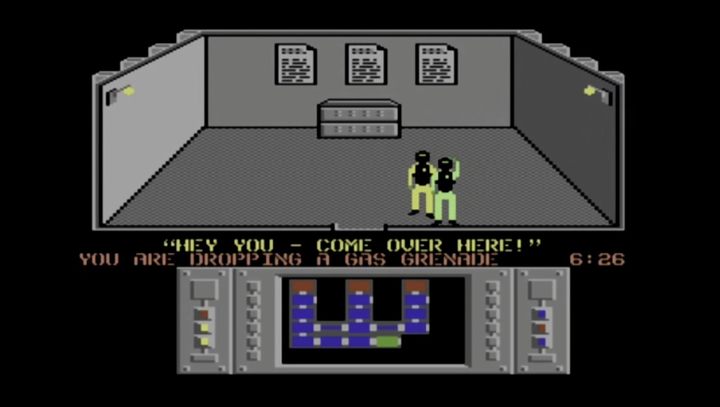 Another multi-genre mash-up in the vein of Raid Over Moscow but this one has a wry sense of humor to boot. Chris Grays Infiltrator is part combat flight sim, part stealth action, and all spy-tastic fun as James Jimbo Baby McGibbets takes on the denizens of the Mad Leader. Ive written about this fantastic game at length before (as well as interviewed the games creator, Chris Gray), so check it out if you are interested.

I say give this remake to the team at Hello Games now that they finally seemed to have finally wrapped up their yeomans work on No Mans Sky. I feel they could really make a revamped version of Infiltrator sing.

EAs Archon was Battle Chess before there was such a thing as Interplays Battle Chess. In Archon, the forces of the light and dark battle it out on a fantasy chessboard setting, and the pawns, rooks, kings, and queens are replaced by goblins, trolls, unicorns, and wizards, who fight... under the players control of course. And, best of all, you really dont need to know a damn thing about chess to enjoy this excellent game.

Apparently, a decent re-imagining of Archon came out in 2010, but its been 11 years so lets have a super cool VR/AR version this go-round. Now that would be a goddamn blast!

Shamus is a slick hybrid of Berzerk, Robotron 2084 and/or Smash TV although there are more puzzle-like elements contained in the mazes of Shamus (i.e., there are locks and keys that can/will open certain mazes and doors, etc.) than those other three titles put together. 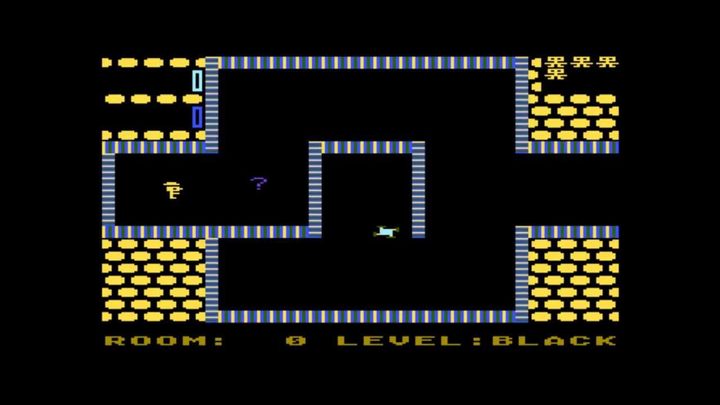 I think all rooms should have a giant question mark floating in them, dont you?

The overall objective of the game is to navigate the eponymous robotic detective through a 128-room maze of electrified walls. The goal at the end of this journey is to find The Shadow's Lair as I recall (although I never got there myself).

Shamus also has a persistent world instead of rooms that are randomly generated each time they are entered. There are also items to collect: bottles containing extra lives, mystery question marks, and colored keys which open exits as I previously mentioned.

Beyond the obvious graphical overhaul, the main thing I would want to see in a remake with Shamus would be to overhaul the controls to make this a true twin stick shooter which would have made the C64 version that I played back in the day much, much easier to navigate.

Its not all  weve also got honorable mentions!