"The players don't like linear games as much as they did 5 or 10 years ago."

This was EA's Blake Jorgensen's justification for closing down Visceral Games and changing the formula for the upcoming Star Wars game from a closed story to an online service. Needless to say, the players thought the whole situation wrong on so many levels. This might just have been another ill-conceived decision of a big publisher  judging by what's been going on the past few months, it's much easier to get the fans and reviewers on board by releasing a solid, story-based game than a repetitive multiplayer. 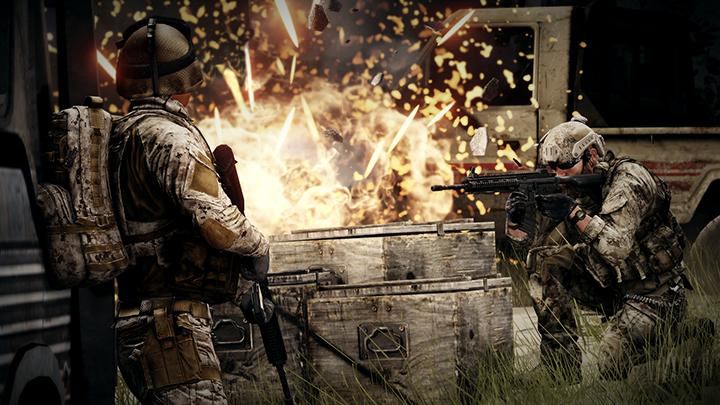 Medal of Honor: Warfighter signified the end of interesting stories in EA's games.

Electronic Arts probably based that evaluation solely on its own experience  indeed, if we consider games by EA, we'll see that years have gone by without a major game from the Redwood powerhouse that would offer a captivating and moving story. The crisis begun around the year 2012  after the mediocre Medal of Honor: Warifghter, things only deteriorated further with Battlefield 4 and Hardline, Mirror's Edge: Catalyst or the last two installments in the Need for Speed series. Oddly enough, the games that were somewhat neglected by EA  namely Titanfall 2, or the recent A Way Out  were praised for their story campaigns.

The successes of buggy loners; the failures of online giants

The totally linear A Way Out  DLC and microtransaction-less, virtually void of a major marketing campaign  which, to top things off, utilized an uncommon sales model of "one game per two players," essentially hit the jackpot, selling in more than a million copies in under two weeks. If rumors are to be believed, EA had assumed such success could only be achieved after a year  and with some serious discounts. Kingdom Come: Deliverance also reached its first six digits pretty soon, even despite the fierce and widespread arguments concerning all the bugs and design oversights the game was riddled with. The great assembly of linear singleplayer games has recently been enhanced with the spectacular success of God of War; the story of Kratos and his son (a no-laughing matter) became the highest-rated game for PlayStation 4, selling over 3,1 million copies in just the first three days. 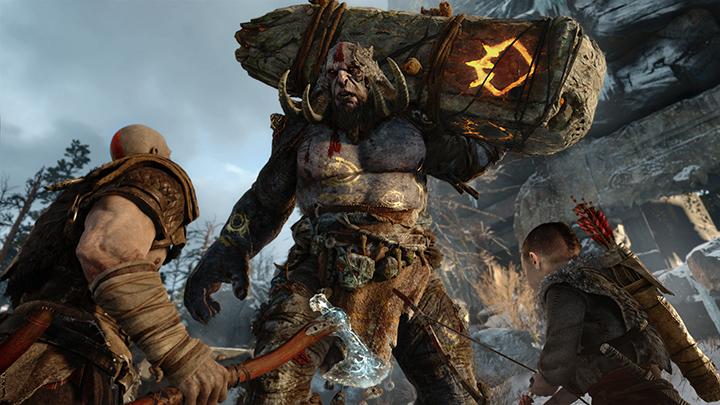 Utterly cinematic and completely closed and coherent, the Uncharted-style storyline of God of War left players and critics in awe.

Of course, the heyday of story-based games has been a thing since long ago, but it would actually be pretty hard to prove that it's been in decline recently. Take a look at 2017: The Legend of Zelda: Breath of the Wild, Super Mario Odyssey, Wolfenstein II: The New Colossus, Hellblade: Senua's Sacrifice, Prey, Horizon: Zero Dawn, Resident Evil VII. Earlier, we had Doom and The Witcher 3  one of the most significant games of recent years, in which the only online functionality was a gametime clock. On the other side of the fence, we have games as a service  titles created to maintain a steady income for the publishers and hold the players' attention for a long time, which, however, tend to lose them rather quickly in reality.

The developers of Destiny 2 are now trying really hard to regain the trust of their most dedicated fans, whom they have abandoned for the benefit of a larger group of less hardcore players. The apple of Microsoft's eye, the contentless, apparently-released-mid-production Sea of Thieves was crushed by the reviewers, and it was probably no coincidence that the game was immediately included in an inexpensive subscription service. Other good examples are LawBreakers, presumably played only by its developers, and of course Star Wars: Battlefront II, whose biggest claim to fame turned out to be saying to politicians all around the world: "Hey, we've created our own virtual casinos  what are you gonna do about it?" 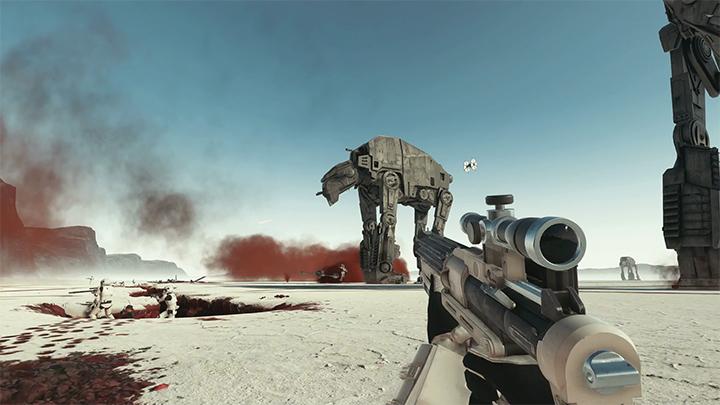 Call of Royale  be trendy or die

It's not particularly surprising that every publisher would like to have their own Overwatch, Fortnite or GTA Online, i.e. one game that yields millions of dollars in revenue every year without much effort and investment. It seems, however, that creating an online-service video game that manages to gather millions of players, and then managing to support it and maintain interest of the fanbase without dividing it, is more difficult than making a good game with a closed story that's fascinating enough for every player to want it on their shelf.

Still, this wild goose chase has been in the fullest swing, and  should the latest rumors prove genuine  this year's Call of Duty: Black Ops IIII isn't going to feature a singleplayer campaign, but a battle royale mode instead. The franchise that virtually invented and defined epic and cinematic singleplayer stories in video games is now denying its legacy just to be able to pursue a new fad (which, by the way, not many people expect from a CoD in the first place). Even if you buy games from that series mostly for the multiplayer, the solo campaign is arguably crucial still. It gives every installment its own personality, justifies the setting, the arms and appearance of characters. First and foremost, though, it allows you to really immerse in the game. New players have a way of getting introduced to the mechanics, the feeling of firing guns and moving, before heading to battle with others. 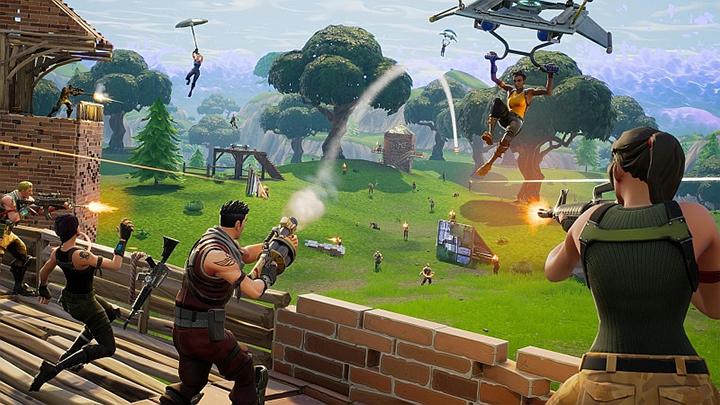 Nothing about Call of Duty smells like a battle royale, and it's hard for me to even imagine what Treyarch would have to come up with in order to make sure their game is the hit they want. I'm not saying that it's impossible for a triple-A to be a good battle royale, but I think that the chances of doing something from nothing are gone. Battle royale can blow up  once somebody comes up with another Katniss Everdeen; creates characters and a universe to match The Hunger Games. It has to be a story, one that's captivating and emotional, making you care more about your character and less about the crate with scarves that you can win after the match. Giving up the singleplayer campaigns, even if few people finish them, isn't the way to go.

The curse of your own success

The biggest issue haunting Call of Duty, is probably the fact that the first Modern Warfare was as close to perfection as you can get. Having set the bar so high, it was hardly feasible for Activision to repeat this success. Too much effort and money went into multiplying the number of explosions per minute and salaries for Hollywood stars; too little into laying out interesting characters and coherent stories. We can all remember Captain Price or Ghost, but who the hell was Kit Harington's character? I think that a battle royale mode in CoD could be a fun addition to regular multiplayer matches, but it cannot benefit the franchise as much as a great singleplayer campaign would.

Naturally, the upcoming new iteration of Battlefield has also been associated with the possible battle royale mode  much like one of those Ubisoft's games that have been stuck in a safe, but insipid compromise. It really seems that something like a dozen latest games from the French publisher were following the same pattern of a lengthy, moderately exciting singleplayer campaign complemented with some online service elements: optional cooperation modes, sometimes small-team PvP and paid expansions to cover the costs of keeping the game alive for a year. And the outcome? Popular stories mediocre in every aspect and flat characters that you forget about a day after finishing the campaign  just like in Battlefield 4. 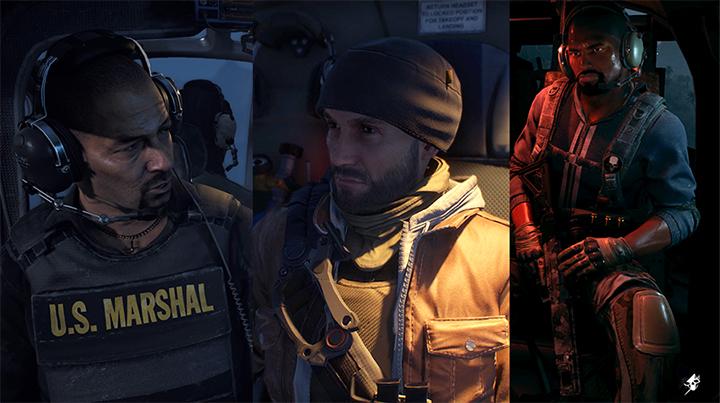 Three games by Ubisoft with exactly the same beginning: a conversation inside a chopper in Far Cry 5, The Division and Ghost Recon Wildlands. And that's just where the similarities begin.

And that's a pity, because it's those solid, sometimes serious, other times lighthearted singleplayer stories that stick with us for years and become history. They become the benchmarks for future productions; they reap the best scores, which oftentimes translates to good sales. I cannot count all the times when Joel, Ellie and the story from The Last of Us were mentioned in features about the impact of stories in video games. Or the first season of The Walking Dead, or the story of the Bloody Baron from The Witcher 3. How many times did we bring up the campaign from Bad Company 2 as the best thing that's ever happened to the Battlefield franchise, and how many times the lack of a good story was named the main issue of Tom Clancy's: The Division? Despite the continuous success of linear games, many publishers would rather risk adding extravagant web components than creating a mature and daring story.

2018 will go down in history as the year of publishers losing the battle of lootboxes: they're either being pulled from various games, or games advertise lack thereof as "being fair towards the consumers" during the pre-release marketing campaigns. The following months will most likely witness another, much more interesting battle for live-service games, in which microtransactions and an avalanche of add-ons substitute a carefully designed, captivating story. Think about the upcoming games such as Anthem or the new Star Wars  which will purposefully give up linear, cinematic campaigns  or the next Call of Duty, with its battle royale mode, and Battlefield, which loses players with every subsequent paid expansion. Are these titles going to be able to offer so much fun and excitement as the new God of War? Will they even near its quality? 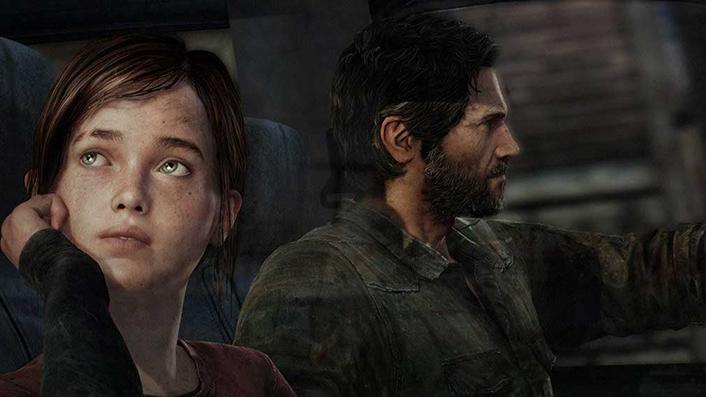 The developers shouldn't be afraid of mature and serious stories. They make the history of games; stay with us for years. It's those stories, rather than defending the White House from the "Ultranationalists," that we never forget.

If you think about it, it's actually hard to come up with arguments supporting the theory that players don't like linear, story-based games anymore. In reality, we just don't like half-baked games developed under the pressure of deadlines and numbers, where passion and heart from their creators were swapped for forcefully implemented DLCs and microtransactions. Instead of another battle royale, another Destiny or new maps for Battlefront, I reckon we'd much rather have a new Captain Price, new Kyle Katarn, a new Bloody Baron story May all publishers crave their own God of War rather than another Fortnite.