Forza Horizon 5 practically dominated the genre of racing games, instantly becoming both very popular and highly rated. And although it is probably the best racing game in general, the most versatile in its class, and thus appropriate for the widest audience, it certainly won't satisfy the needs of everyone. The racing genre is quite diverse, and some of its representatives are games from completely different worlds.

There are hyper realistic simulators for simracing fans, and completely arcade games, where reflex is crucial and there's no advanced physics to worry about. And then, there's everything else in between. The most important thing is that all these games can be great fun. Regardless of whether you're using an Alcantara steering wheel or sitting on a couch with a pad in your hand. The competition accompanied by the roar of engines is always exciting. Here's our list of the best racing games to play in 2021! 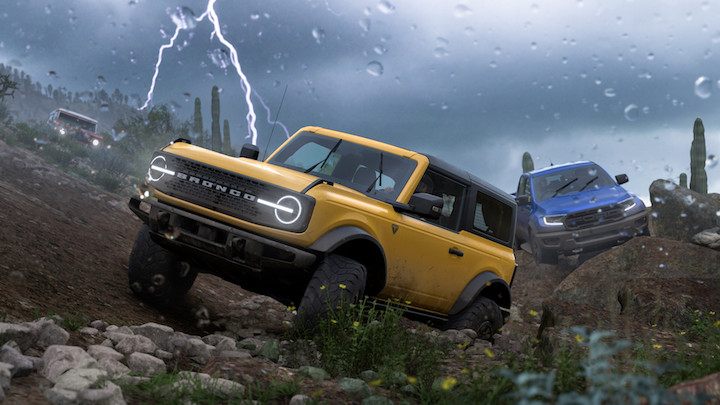 Since we are listing the best racing games worth playing in 2021, listing Forza Horizon 5 is but a formality. This is not only the most popular, but also the best-looking racing game on the market. This game has it all: beautiful landscapes of Mexico, complete freedom to drive wherever you please, and hundreds of cars to unlock in the virtual garage.

It's hard to imagine a better game for winter evenings, especially since it's suitable for pretty much any motorhead, regardless of skills. Forza Horizon 5 generally tries to be as approachable as possible, so the level of challenge isn't high, and there may appear a lack of a sense of progress – but these are its biggest (and, in fact, its only) flaws. When paired with an Xbox Game Pass, it's simply a must-have.

Yes, the newest installment rules, but Forza Horizon 4 still shows no signs of fatigue. If you're not interested in the newest installment, perhaps the last installment, set in the UK, will be more interesting, especially since that game introduced seasons, allowing us to race in different environments, watching the leaves fall, or drifting on ice. And the list of cars is even longer than in part five, which will need more time to get there.