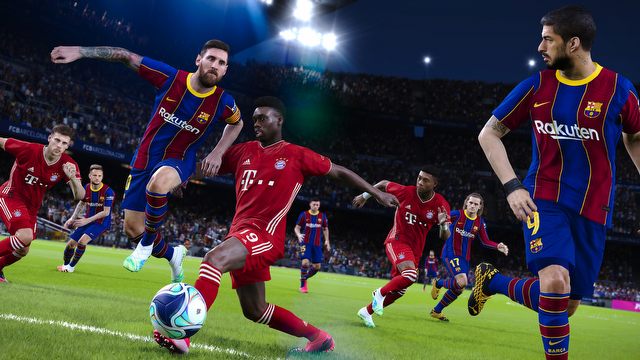 The latest installment of Konami's popular football sim, which goes way back to the 1990s. The series until recently operated under the name Pro Evolution Soccer, and even earlier as ISS Pro Evolution. This year's edition is not a full-fledged new part, just a seasonal refreshing of last year's eFootball PES 2020. The game thus offers no major innovations and is sold at a reduced price.

The latest installment of the series will not make any significant changes to the audiovisual setting, or the mechanics of the game. Once again, we get a 3-D football sim with a refined system of passes and moves. Gameplay modes known from previous parts will also return. The changes are mainly limited to updates of team rosters and player data. The game brings quite a few officially licensed teams.