Marvel's Avengers is an action adventure game set in Marvel universe. The title is a live-service game and is constantly developed and updated with new content. The production was created as a result of cooperation of Crystal Dynamics and Eidos-Montréal. The publication was taken up by Square-Enix.

The story of Marvel's Avengers begins on the A-Day, when the new, technologically advanced headquarters of the Avengers in San Francisco opens. The ceremony is hosted by a group of superheroes: Thor, Iron Man, The Hulk, Captain America and the Black Widow. The event ends tragically - a series of explosions destroys the centre and blame is put on the heroes.

The action, in which the player takes part begins 5 years after these events. The heroes are hiding from justice. A new threat, however, makes the wanted heroes the only chance to save humanity.

Marvel's Avengers is a classic representative of the action adventure game genre. The game focuses on exploration of subsequent stages and fighting opponents. The creators made sure that every hero attacks in a way characteristic for their comic book counterpart. The thing is, the gameplay changes with the hero we control.

The title also implements a character progression system. As we progress, new abilities and equipment are unlocked, enabling us to continuously increase the effectiveness of our heroes. In addition, in the game we can find various cosmetic items that enable us to personalize our characters.

Marvel's Avengers offers in single player mode and cooperation for up to five people.

The developers of Marvel's Avengers made sure that the characters look similar to their comic book counterparts - they were not modelled on the live-action creations from the extremely popular Marvel Cinematic Universe (MCU).

Marvel's Avengers guide & walkthrough contains beginner's guide and tips, system requirements and important fight tips. Find out how to join the beta and is Spider-Man in the game. 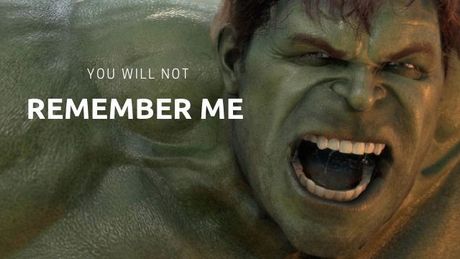 It's been over two years since the announcement of the game under the Avengers license from Square Enix. During this time, no details of the project have been disclosed. Finally, there have been some leaks that indicate some advanced melee combat and stealth mechanics.

Square Enix is planning to release a big title with a significant profit potential this year. The info was revealed on the occasion of the Q4 2019 investor meeting.

We learned the official title of the game based on the comic book adventures of Marvel's Avengers, which was announced in 2017 by Square Enix. We also learned that the official presentation of the game will take place at the upcoming fair E3.

PCGamer editors have found an entry published on the E3 website, suggests that Marvel's Avengers has a four-player co-op mode. The title will be officially presented during the event.

The largest Square Enix productions, including Marvel's Avengers and Final Fantasy VII Remake, will probably launch next year. The publisher wants to avoid fighting for the customer with the competition's super productions.

The Square Enix conference on E3 2019 revealed the release date of Marvel's Avengers. The production also received the first trailer, in which we could see the some gameplay elements.

During E3 2019, Square Enix prepared a closed show, which presented a large gameplay from Marvel's Avengers. Thanks to the journalists' reports we got to know a lot of new details about the discussed production.

More information about Marvels' Avengers appeared on the web. Representatives of Crystal Dynamics confirmed that the game can be completed without connecting to the Internet, and new heroes and locations will be released for free.