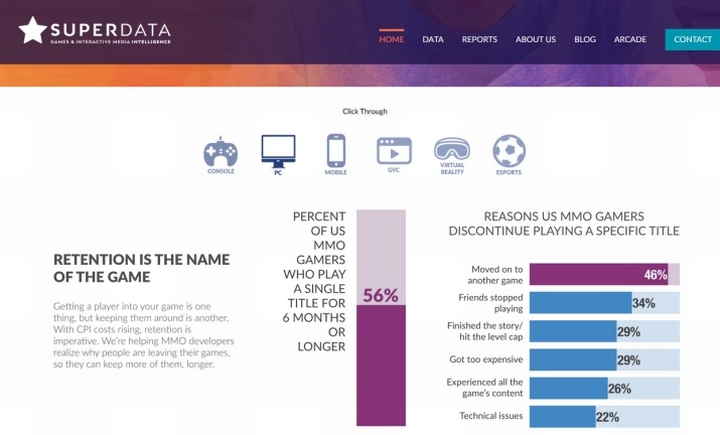 No more than 56% of American gamers have played a single game MMO for 6 months or longer.

Lets return to modern times, i.e. 2016. Black Desert Online is a fairly new presence on the market, a game that, despite some problems with the publisher, has gained a significant attention from the gamers. Besides BDO, we have Blade & Soul, originally released back in 2012, but only recently, in early 2016, reaching the English-speaking audience. While these two are not the most popular MMOs out there, theyre certainly not doing bad. I could also mention Riders of Icarus and Revelation Online. The former turned out to be yet another damp squib, and the latter, not yet officially released, can become something completely else before it hits the stores. None of them, however, seem to be capable of changing anything in the current market situation.

All right, heres what we know: the current, undisputed leader is an old game, with a long history, and a recognizable, well-known setting. Trailing behind it, we have a sequel to a famous predecessor (Guild Wars 2), an online installment to an equally recognizable RPG series (The Elder Scrolls Online), and an MMORPG from a legendary brand that is Final Fantasy. We can easily say that the top spots were taken exclusively by well-established franchises. Still, it would be good to see some tangible numbers.

Lets take a look at the data provided by SuperData Research  the company deals in market research and the numbers they present seem to be reflecting the current situation rather well. According to them, the MMO genre is currently dominated by League of Legends. When it comes to MMORPGs, World of Warcraft remains on top, followed by Fantasy Westward Journey Online II (has any of you ever heard anything about this game?). Lineage 1, MapleStory, and Blade & Soul take positions 2, 3, and 4, respectively  with the latter still being based on monthly subscription in Korea. It needs to be noted, however, that in general free-to-plays are in the best position. The micropayments, optional in theory, unavoidable in practice, are generating a nice, hefty amount of money. 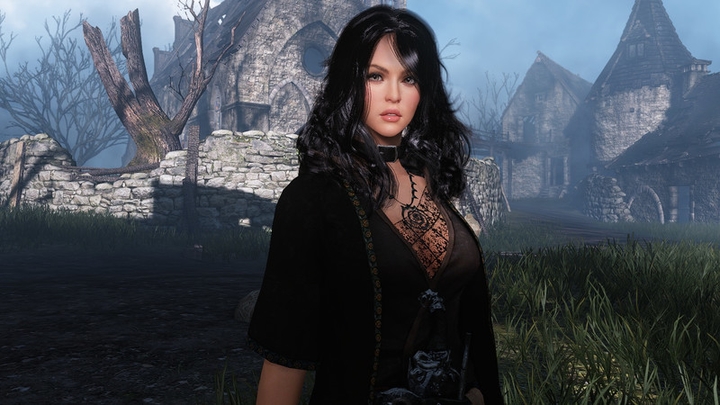 Asia is the heart of MMO

But lets focus on another aspect of this summary. According to the date provided by SuperData Research, MMOs (including MMORPGs) are generating the biggest local revenue in Asia. Europe comes second, and behind it the US. Western gamers spend, on average, from 10 to 15 dollars a month on fees or digital merchandise. In Asia, gamers usually pay by the hour to be able to play their games. Regardless, the games from the genre that interests us right now (MMORPGs) dont earn in Europe as much as their developers would like them to. They were supplanted by various, usually free, MMO derivatives, such as League of Legends and World of Tanks, for example. Asians, by the way, are going crazy about CrossFire right now.

Theres something about Asia  that much is certain. Not only is the region full of dedicated players, its also the area where free-to-play works best, and, whats more, thats the region that provides the biggest number of new games. Listing all games that were released since 2004 would take too much time and space, so Ill focus on the most important ones. Now, lets see where they come from.

Additionally, the column with Asian games should include a whole second list comprised of games that never appeared on the Western market. That said, Im pretty sure that even some of the titles on this list are unknown to Western players. Still, Asian developers have dominated the market with sheer numbers. When it comes to popularity, though, its Blizzard and their World of Warcraft that takes the cake, and yet retains the monthly-fee subscription. The same goes for Final Fantasy XIV, which also pays for itself with subscriptions  although FFXIV comes from a Japanese developer. The remaining two leaders, Guild Wars 2 and The Elder Scrolls Online, are based on buy-to-play model and were developed by American companies.