Video games in general used to be difficult. They must have been difficult, because the most common access to them was in arcades, and there you had to ensure a proper rotation at the slot machines and, of course, a proper income for such places. However, ever since we started consuming games mostly at home, it no longer mattered. We got the comfort of choosing the level of difficulty, without a limit of "lives" or saves at any point of the game.

Games have become easy to the point that individual productions have begun to distinguish themselves by being difficult. That's how the legendary Dark Souls series was created, which became famous mainly for its outstanding difficulty level. However, we will not state the obvious for the hundredth time and repeat that Souls can be a pain. Then, many believe that they simply require a little more patience and methodical action. Instead, we will present you with a list of truly insanely difficult games that require not only superhuman reflexes and perceptiveness, but also a lot of luck.

THE MOST DIFFICULT ARCADES

We realize that these are not all the difficult games that exist. For this list, however, we focused on arcade games that rely on reflexes and luck. We deliberately left out a lot of strategy, economic, or simulator games, which can also be considered very difficult.

I Wanna Be the Guy 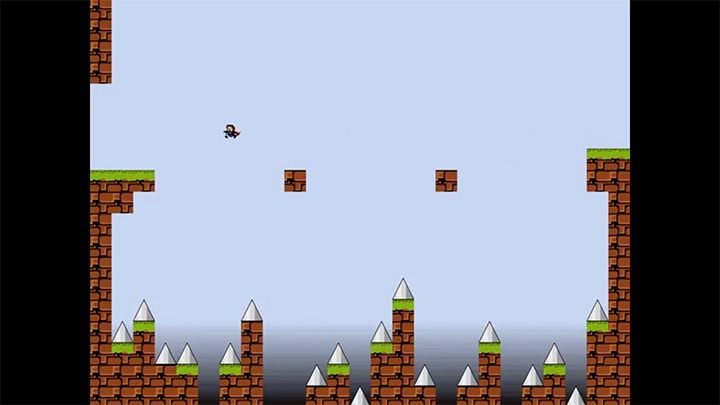 I Wanna Be the Guy is another game created by one person, designed to simultaneously challenge and drive you crazy. Its protagonist is a kid – no, The Kid – who would very much like to become an adult, or even The Guy. Overall, the game is a parody of 8- and 16-bit classics for Nintendo consoles, such as Mega Man, Metroid, The Legend of Zelda, Castlevania, Tetris and Ghosts 'n Goblins. It references characters, levels and objects and even uses sound effects from those games.

The Kid is not very resilient and every one can get him with one hit. In addition, the levels were constructed in such a way that everything on the board wants to kill us – both the obvious traps and completely "innocent" objects. There's no way to tell how to get past them, it's all just about strenuous repetition by trial and error. There's a choice of difficulty levels, but these only determine the number of available saves. The author described his work as a somewhat mischievous tribute to the arcade games of the past, which many happened to curse at out of frustration. 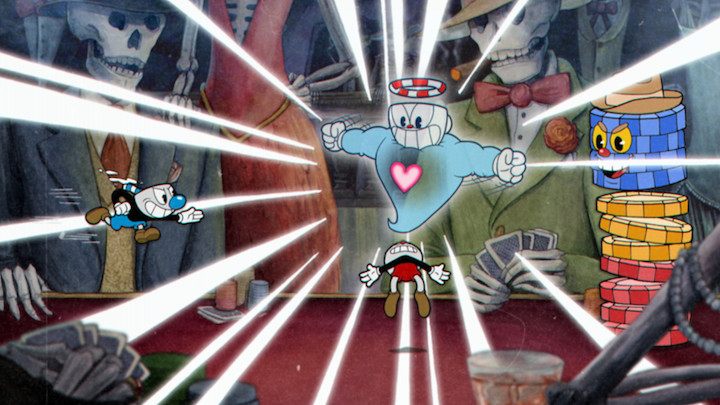 This list couldn't exist without Cuphead, a beautiful platformer that took our hearts by storm a few years ago, no matter how big a part of it we've actually completed.Here, even the simple plot is original in its own way, as we take on the role of the titular Cuphead and his brother Mugman, and our goal is paying off debts to the devil himself, rather than the clichéd rescue of princesses. The work of MDHR studio, however, is remembered mainly for its artistic style, referring to the cartoons from the golden age of American animation, which lasted between the 1930s and 40s.

Not only doesCuphead look like those animations, but it also sounds appropriately thanks to a great, jazzy soundtrack. You can even say that the beautiful, hand-drawn boards and the music that accompanies us relieve some of the frustration after subsequent deaths or failed attempts to defeat the bosses. The gameplay focuses on battles with the most powerful enemies and is suitably varied – we meet some of them on land, while others can only be killed from the deck of a small plane. Lack of health bars on bosses was as warmly welcomed as any of the developers' other ideas. If you've already managed to finish Cuphead, I hasten to report that an add-on and a series on Netflix is on the way. 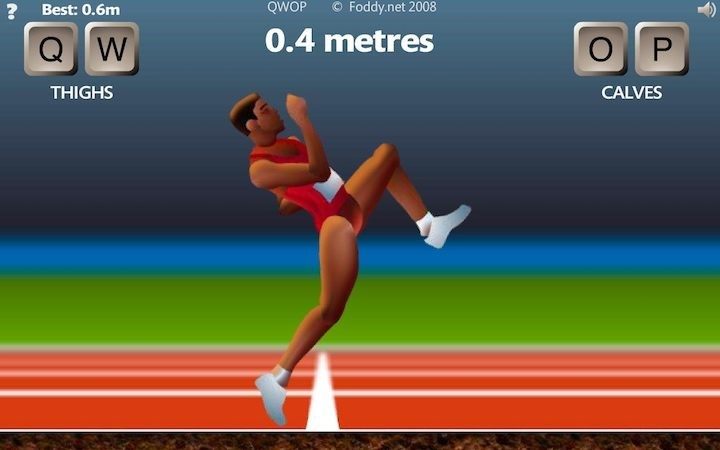 QWOP is the name of an athlete – a runner. His, or rather our, task is to cover a distance of 100 meters. Seem easy enough, but it really isn't, as QWOP uses very specific athlete controls. Individual keys control the left and right thigh and left and right calf separately! As you can guess, coordinating everything so as to run even a few meters without falling is a challenge that makes bosses from Souls pieces of a cake.

QWOP has quickly become a symbol of arcade gaming and an Internet meme, while attracting tens of millions of daredevils. Its author, Bennett Foddy, mentions that his goal was to create a position in which the player himself sets the goal to achieve. For some, it may be running even 50 centimeters, for others it may be beating their own score for the 100th time. That's why the game has no ranking, so everyone can celebrate their own success rather than get frustrated looking at others' impossible-to-beat scores.

Frustration was unavoidable for some, though. Bennett was even inundated with a wave of hate – mostly name-calling and threatening emails. And yet the game has become a phenomenon of sorts. It was featured in the television series The Office and in an exhibition at the Museum of Modern Art in New York, and the world record of 51 seconds was entered into the Guinness Book of World Records. Today, in addition to the browser, QWOP can also be played on smartphones.