Getting Over It with Bennett Foddy 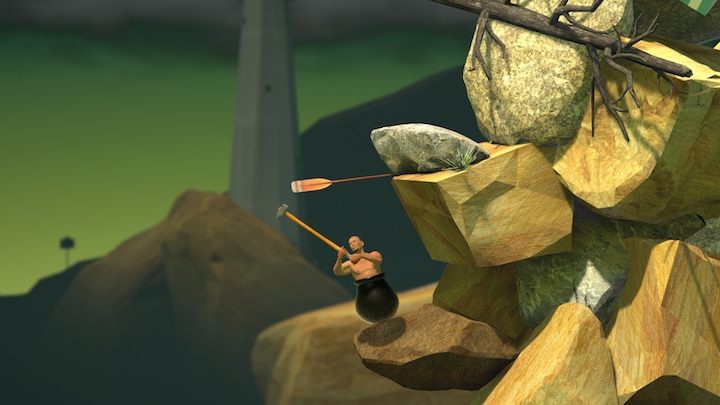 QWOP is not the only production by Bennett Foddy, who learned to make games while bored with his philosophy thesis. His next work, Getting Over It with Bennett Foddy, even relates quite strongly to the subject of these studies. Not only is the protagonist Diogenes, a Greek philosopher from the school of Cynics, but the gameplay is accompanied by commentary from Benett himself, touching on various philosophical themes, often alluding to disappointment and perseverance.

In Getting Over It with Bennett Foddy, the main character finds himself in a sort of pot or cauldron and, using only a climbing hammer, tries to drag his body in the vessel over fairly steep mountains and other obstacles. Of course, the control is not easy and you can't count on checkpoints in the game. Foddy created this production encouraged by the positive feedback of very difficult games, evidenced by the growing popularity of soulslikes and other such titles, such as Hellblade: Senua's Sacrifice, where in case of death all our progression is erased. The game was very warmly received, and it was the high difficulty level that was most praised. 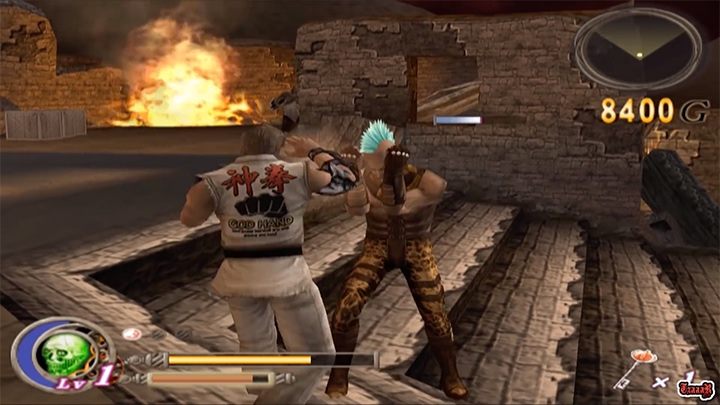 God Hand is a blend of action game and beat 'em up straight from Japan. The plot is not outstanding and tells of a warrior who gains the titular hand of god endowed with great powers. Because of this, he becomes the target of attacks by demons of all sorts, trying to seize the precious artifact. The game mixes elements of western with comedy, which, combined with a dose of Japanese, gives quite a specific effect.

God Hand was received with very mixed feelings. Many have said that it was the worst game that you can't stop playing. It was like "a mix of Benny Hill and WWE wrestling." Nevertheless, it has gained cult-classic status over time. Players were won over by the old-school beat 'em up vibe and the successful combat system, where over a hundred different punches were possible. Just mastering such a set was difficult. 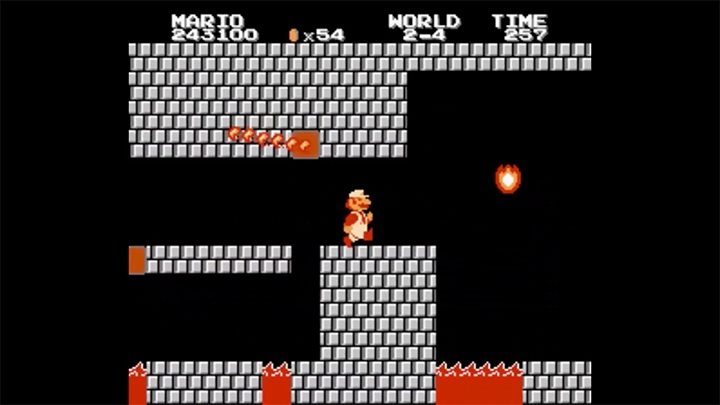 After achieving huge success, a sequel to the game featuring the mustachioed plumber was only a matter of time. It was titled Super Mario Bros.: The Lost Levels, and was released in 1986  only in Japan. The American branch of Nintendo stated that the game had such an insane level of difficulty that it was not suitable for the local market. In The Lost Levels, Mario and Luigi once again set out to rescue the princess from Bowser, but this production was made mainly for those who had mastered the original. Completing 32 new levels proved to be a challenge beyond the capability of many players.

Reviewers have been wringing their hands and writing that the Mario sequel is just a crazy and unfair obstacle run. To this day, the game is regarded as the "black sheep" of the Nintendo family and a grim example of poor gameplay balance. On the other hand, such a big challenge has found many fans, especially in competing on the speedruns of The Lost Levels. The flawed Mario also initiated a whole subculture of creating levels on reworked ROMs that were nearly impossible to beat.

Exciting levels in Super Mario Bros. created by fans have been given a separate genre, called kaizo. The first remake of this type was rather tellingly titled Asshole Mario, precisely because of the difficulty level. The player often encountered completely invisible obstacles while jumping, and touching them of course caused an immediate restart of the level.

The release of Super Mario Maker in 2015 finally freed home-grown developers from modifying ROMs and emulators. Finally, a game was released where everyone could create their own masterpiece and show off (or rather challenge) others. One of the most famous maps is a reworking of the first game's first level (World 1-1) created in the 2019 sequel Super Mario Maker 2. Dozens of spinning and burning pillars have been added to the classic level, making it borderline miraculous to complete.