Ok, let's get one thing out of the way: all the fuss around Warcraft III: Reforged is blown out of proportion, even if the reasons for it stem from genuine problems. Despite all its shortcomings, it is, in fact, still the good, old Warcraft III  a great RTS, complete with the equally successful expansion, Frozen Throne. Neither of these titles, of course, deserved the lowest rating on Metacritic.

The commotion caused by Blizzard Entertainment's latest release was only partially related to the quality of the product itself. More than anything, it was a venting of frustration. A penalty for broken promises and the policy of the legendary studio. For many years, Blizzard enjoyed a huge credit of confidence from the players; now  due to ill-considered decisions and preventable scandals  this trust falters time after time again. Players feel betrayed, and betrayal is the highest misdemeanor.

The Hong Kong protests scandal caused what was likely the biggest shitstorm the industry has seen in years; the announcement of Diablo Immortal was most unfortunate, and most recently, World of Warcraft has been messy. Let's make it clear  everyone can make mistakes, and it's not like Blizzard is responsible for the social unrest in the "Special Administrative Region of the People's Republic of China." But there's a spectrum here, and the mistakes made by Blizzard have seriously undermined the trust of the players.

Blizzard was also scolded for the controversial changes introduced in their EULAs, which de facto deprive modders of the rights to their creations. What causes such outrage? It's the fact that all these decisions are dictated by  let's not shy away from the word  greed. The company didnt like what happened in Dota (Defense of the Ancients): modders generated content with obvious commercial potential, but it was distributed outside the game, as a separate product. In this case, the criticism seems well justified, and I sincerely hope the developer will reconsider.

I venture to assume, though, that if phrases such as "ambitious remake," "improved interface," and "remastered campaigns with entirely new, detailed cut-scenes" weren't uttered at BlizzCon 2018, most of us would have swallowed Warcraft III: Reforged without a hitch. Some players might have shed a tear for the missing multiplayer functionalities, others would bemoan the cumbersome menu, but in the end, they would enjoy the game, which, in all fairness, was almost precisely what we generally expect from a remaster. 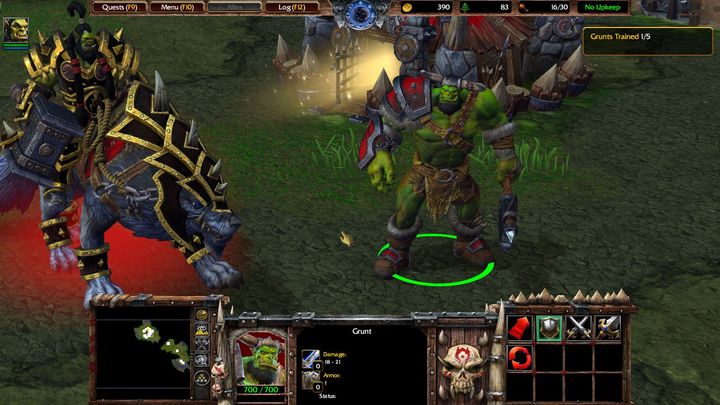 One of the main advantages of Reforged is improved graphics.

In the official Blizzard store, Warcraft 3: Reforged costs 30 euros. And there's no way to buy Warcraft 3 in the Classic version separately.

In the end, we just got an regular, ordinary remaster  not even close to the 2019 remake of Resident Evil 2. The game didn't realize a fraction of its potential, and certainly didn't meet the expectations; on top of that, the delivery was also half-assed  the interface was disgracefully bad, for example.

This is just Warcraft III "with mods"  the most important elements are improved textures, better models, and support for higher resolutions. We also have additional missions in the campaign that prolong some parts of the game, such as Thrall's adventures in the prologue. And they feel quite cool: Blizzard still knows how to create good maps and quests, but in my opinion, they didn't contribute anything substantial to the story, and I wouldn't really miss them if they weren't there.

And indeed, the same is true for... Warcraft III: Reforged as a whole. My few-hours-long return to Azeroth was saturated with different emotions, but the main sentiment seemed to be "I don't understand why they'd even released this." 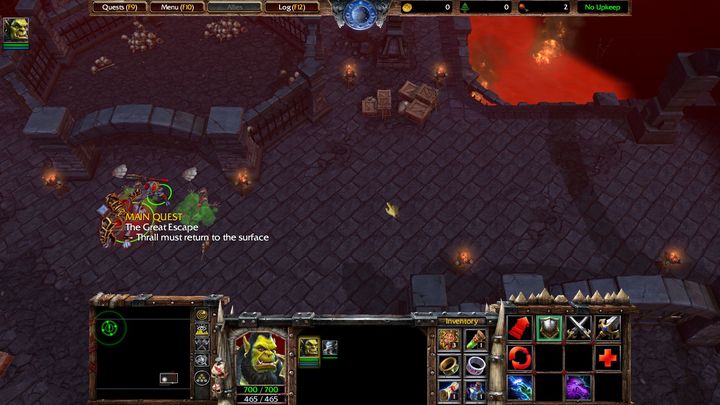 There are some new missions.

Releasing a remaster in this form seems pointless. Of course, the game looks better, yet it's hardly a modern, visually appealing game, particularly because of the very nature of RTS games, which renders many of the changes rather obscure. Reforged is unlikely to attract new players (and Blizzard surely knew that), and at the same time it only infuriates the veterans  if you're taking on a legend, you ought to either make it great, or die trying. Why is Blizzard still alive, then?

The release of an updated version of the third part can either be meant to set ground for the follow-up, or a kind of test. If the sales are satisfactory, Blizzard may consider creating the next part of the game. The only question is whether the result of a test like this can be anything but negative.