I'm a great fan of World of Warcraft. That's a disclaimer I had to make at the very beginning. At the same time, I should also emphasize that I consider the days of The Burning Crusade to have been the heyday of MMORPG. Wrath of the Lich King was not my favorite addon, even though it successfully combined accessibility and complexity.

I survived Cataclysm, had a decent time in Mists of Pandaria, which charmed me with the atmosphere, and  almost like everyone else  I had a few issues with Warlords of Draenor's garrison. And also with the plot twist  playing with parallel universes didn't really work that well for WoW. Fortunately, my love for the game was reinvigorated thanks to Legion, which was simply good. And the Battle for Azeroth? Mostly, I'd just like to forget it.

Don't get me wrong, it's not like the latest expansion somehow turned out to be brutally pathetic. But it does provide further evidence of something in Blizzard going very wrong. As a rule, I distance myself from the speculations about Activision's influence on the company, but it is becoming increasingly difficult for me to just shrug the reality off. The 8.2 update for Battle for Azeroth brought some hope for a better tomorrow. It was to introduce a lot of content and generally fix the expansion. Everything looked good, but what came out of it? 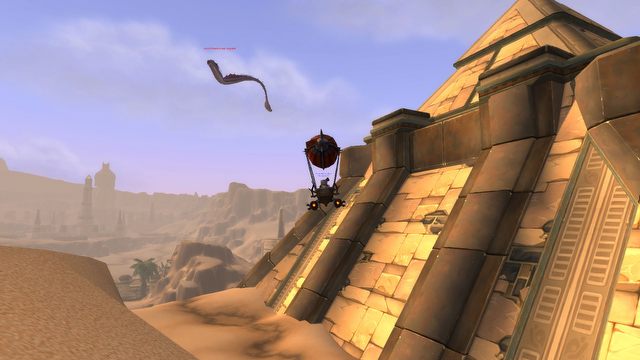 Back too Uldum, but be careful where you fly!

Azerite Gear, which was supposed to be a big novelty in Battle for Azeroth, has been somewhat neglected  bonuses in the inventory are not related to the level of the Heart of Azeroth anymore, so it all comes down to getting specific equipment, with attributes corresponding to our specialization.

The amulet itself has been enriched with essences that can be extracted in various ways. These frin raids, dungeons at the Mythic+ level, or island expeditions and PvP, are pretty exciting. It's a pity that others, such as those obtained for grinding reputation for factions, are rather bland. Particularly because Battle of Azeroth was quite heavy on grind  time-constrained, to make it more fun. Allowing players to devote as much time as they want to facilitate gaining reputation is ok  introducing a limit of its daily increase with a set number of quests is not. 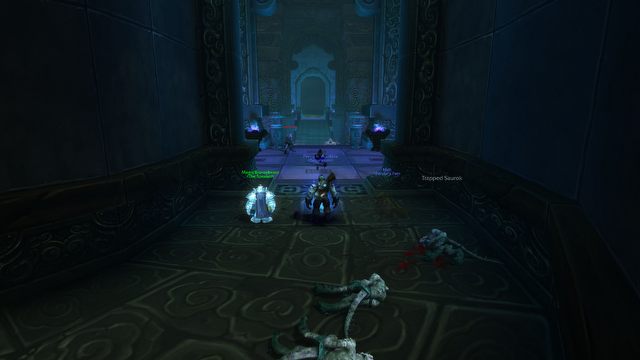 The series of introductory quests was too long.

Content inflation is probably the best way to describe this add-on, and Blizzard seems to be aware of the low appeal of such a solution. The 8.3 update proves that this might actually be the case, but apparently the developers aren't going to do anything about it.

It should be emphasized that patch 8.3, i.e. Visions Of N'Zoth, is the final piece of content for Battle for Azeroth. Hotfixes are about the only thing we can hope for. Thus, we can only wait for the upcoming Shadowlands and the pre-patch, which will introduce us to the new adventure. This means that for at least six months, we are doomed to what the 8.3 update offers, which is mediocre.

N'Zoth was defeated. We are the champion of Azeroth, the planet's wounds are sewn up, and the world is saved again. The Horde and The Alliance, exhausted by the war, decided to bury the hatchet, and Silvanus turned out another evil Warchief  in Shadowlands, we're supposed to see the effects of her machinations and collusion with even more dangerous forces. What about the night elves that were decimated? What about Tyrande and her minions, reinforced by Elune's power? What about azerite, the incredibly powerful resource? Finally, what about the huge sword still stuck in Silithus?

We'll learn in the next episode of the soap-opera called World of Warcraft. Unfortunately, in Battle for Azeroth, Blizzard decided to touch on a huge number of individual stories, engaging dozens of important characters. Azshara fled, Wrathion appeared and had his five minutes, Thrall made a return, another old god was defeated, even Nyaloth was destroyed. We can only hope that the conclusion of the last expansion, the Visions of N'zoth, is exactly what the name implies  merely a vision, a phantom of N'zotha, for otherwise we would have to accept that the script was cruelly flunked, and the opponent who could have been something more than just a pile of tentacles and eyes met a very underwhelming demise.

As part of Visions of N'Zoth, we fight the old god himself and face his scheming. The war between the Alliance and the Horde is suspended  as usual, you need to unite in the fight against the greater evil. A fight that is unbearably boring because it comes down to daily visits to Vale of Eternal Blossoms and Uldum. These are the places N'zot chose to invade. Thus, we return to the same old, which was properly "embellished" in the framework of assaults  it's dark, there's no shortage of tentacles and all-seeing eyes. 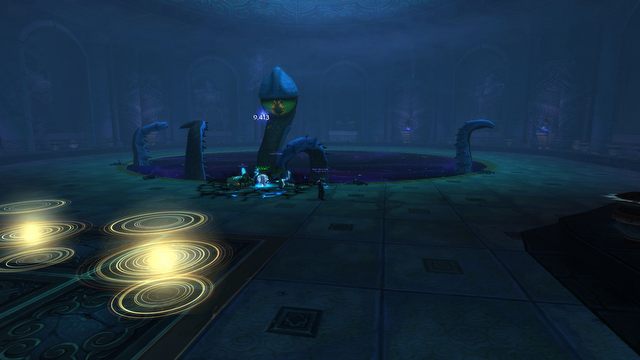 Battle for Azeroth is full of tentacles. And eyes.

The problem is that the fun boils down to the same thing! Instead of world quests, we have invasions, i.e. the same thing, but named differently  we still get multiple daily quests to complete in a specific area. This way, we earn reputation and currency for one of the two factions. We need reputation for new essences in Heart of Azeroth, and currency for participation in the new attraction, the Horrific Visions.

This latter is the coolest part of the entire Battle for Azeroth and some foreshadowing of what we'll get in Shadowlands, i.e. Torghast, The Tower of the Damned. Horrific Visions is a stripped-down version that mainly serves to update the legendary coat that we get in update 8.3. We need to use it because it gives resistance to corruption, provides fantastic statistics and is required in a new rally. Improving it also turns out to be mandatory, so whether someone likes it or not, they must participate in the Horrific Visions.