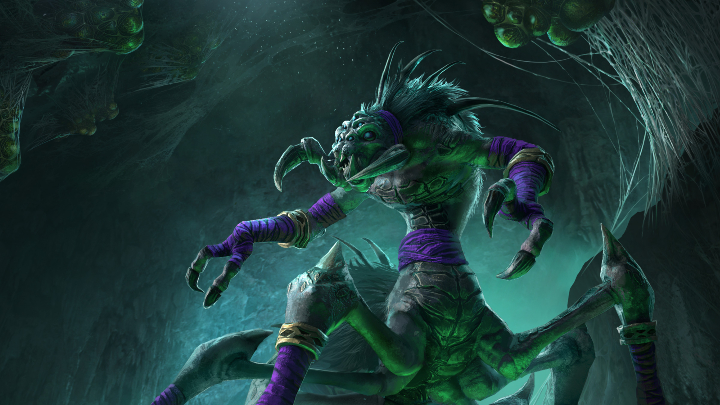 Blizzard will have exclusive rights to Warcraft III: Reforged content created by users.

Yesterday we announced the release of Warcraft III: Reforged. The long-awaited remake of 2002 strategy game had a rocky launch, among other things due to numerous bugs and issues. It turns out that Blizzard Entertainment has made changes not only to the game itself but also to the user's license. From now on, the devs secure the right to all content created with the tools available in the remake.

As reported by PC Gamer, after the changes, you can no longer use elements belonging to other companies, and Blizzard has secured the right to freely dispose of content created by fans. The company may therefore remove any material that it considers inappropriate. This is not a new practice - most developers now choose this type of collateral.

There would be nothing strange about it, if it weren't for the fact that Blizzard went a step further. It turns out that a user creating custom games and maps has no rights to them. These are reserved exclusively for the company. Modifications created in Warcraft III: Reforged cannot be transferred anywhere else, nor can they be created for financial gain (e.g. for sale). Fans can only receive project grants, and only after meeting special guidelines. The changes were noticed by one of the users of Blizzard forum with the nickname ThunderPope. The user license for creating custom games was released on January 21, the full content of which can be found here.

It's not hard to guess why Blizzard decided to give itself full control over the content created by the fans. History has taught developers that by their own inattention they can lose the opportunity to take advantage of the players' unique creativity. This was the case with the DotA (Defense of the Ancients) mod created in Warcraft III: Reign of Chaos and The Frozen Throne. The work gave rise to a new genre known as the online multiplayer battle arena (MOBA), whose popularity was taken advantage of by Valve. Steam's owners hired one of the screenwriters to produce their own game, Dota 2. The mod also inspired Riot Games, which is currently triumphing with League of Legends.

Blizzard missed a gem, but also a great opportunity to develop a new genre. Admittedly, the developer later released a MOBA titled Heroes of the Storm, but it is not as popular. This time the creators of Warcraft III will not easily let go of any promising mods.