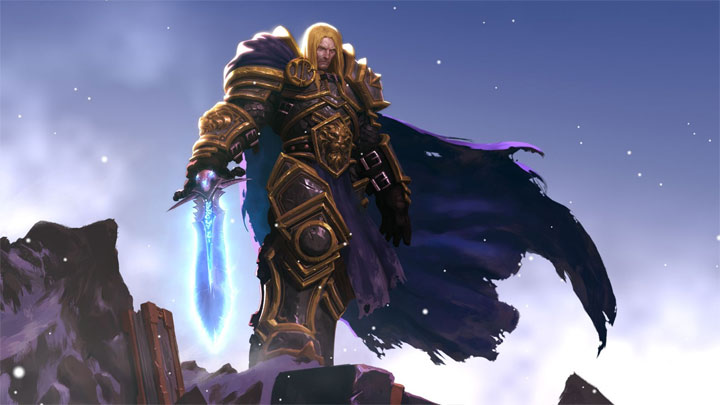 This is not the return of the classic RTS that the players hoped for.

The recent release of Warcraft III: Reforged, a refreshed version of one of the most popular RTS games in history, did not turn out to be the expected success. On the contrary. numerous technical problems and misguided decisions of Blizzard Entertainment have caused an outrage among the fans. One of the ways in which they expressed their dissatisfaction was to bomb the game on Metacritic. At the time of writing this message, the game has almost 20,000 user ratings, with an average of only 0.5/10. This is the worst score in the history of the website. The "leader" so far was Day One: Garry's Incident with an average of 0.9/10.

Recent years were full of disappointing launches, but even the biggest failures did better in this category. The PC version of Fallout 76 has an average user rating of 2.7/10 on Metacritic, and last year's Anthem scored 4.0/10. It is also worth noting that even after adding the console versions, the first one has only 12,000 player notes, and the second one - 5,000. The fact that after just a few days on the market Warcraft III: Reforged received significantly more reviews shows how much Blizzard angered his fans. 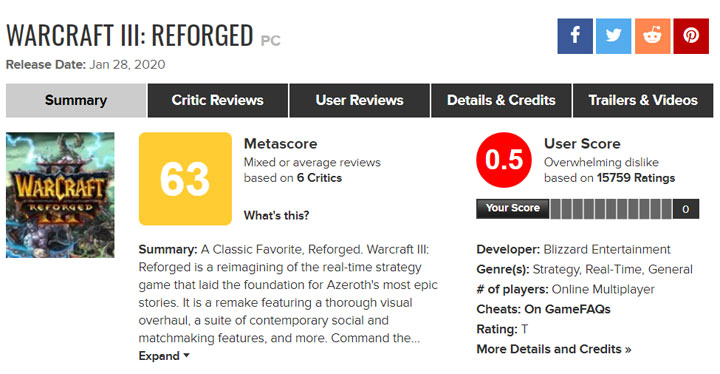 No game has ever been rated so badly by players on Metacritic.

Let's recall that Warcraft III: Reforged was released on January 29 this year, exclusively on PC. The industry media have received the game warmer than players, but here too it is difficult to talk about success as the production has an average rating of 63%.

There are many reasons for the poor reception of Warcraft III: Reforged. The game turned out to be very unpolished - it crashes often, some of the cut-scenes are missing, and the interface is worse than in the original, even the implementation of the menu is a disaster, as it took on the form of a poorly optimized web application based on Chromium Embedded Framework.

We have this and a ton of controversial decisions of the devs. Changes to user license make Blizzard the sole owner of all rights to all mods developed for Warcraft III: Reforged, and their authors are not allowed to port their works to other platforms or create commercial versions.

What's worse, in this case fans can't even find refuge in the old version of the iconic RTS - Blizzard abandoned the previous game client. The owners of the first edition of Warcraft 3 can still play with the old graphics, but it looks worse than before (e.g. lack of shadows), and the production has lost many of its features, such as clans and fan campaigns.