The most awaited premiere of the last few years is already behind us. The debut of Cyberpunk 2077 unfortunately did not go as we'd hoped. While the hopes of PC gamers were roughly fulfilled, the console editions for PlayStation 4 and Xbox One proved to be one big disaster. This alone seems a big problem, and yet it comes to that, quite brazenly and folded to the last minute to assure the studio that the console editions look really good. The rapport that CDPR enjoyed and had built throughout the years has been damaged, and the Warsaw-based studio will have to commit a lot to get it back.

The first theories about what exactly went wrong are already beginning to appear. Some people are blaming plain greed. Others believe that it was crunch and overload of work that made devs apathetically look forward to closing the project regardless of what it actually looked like. According to Bloomberg, in the internal correspondence of the studio, the board of directors of the company took the blame, apologizing for disregarding the challenges faced by employees.

Personally, I think that, as usual in such cases, the issue is more complicated and there's no single simple answer. What's more, I think that today's corporate image crisis stems not only from the last few years, but in the entire history of the studio. CD Projekt RED has taken a very specific approach to game development from the very beginning. The company has always bet everything on one card, having no contingency plans and raising the bar higher and higher. And with this approach, sooner or later, something must have gone wrong.

From Baldur to Witcher

As some players know, twenty years ago, CD Projekt wasn't a game dev studio, but a local publisher in Poland. The company was a leader in the country after the great success of their localized and translated editions of Baldur's Gate (1999) and Baldur's Gate II (2000). With the first of these projects, the still modest game distributor risked the future of the entire company, investing almost all of its money in creating a professional voice-over with famous actors  it was a pioneer move in the country. This crazy move paid off. A record-breaking 100 thousand copies of the game were sold. This not only granted CD Projekt a leading position, but also changed the shape of the market and opened it to further Polish editions prepared on a grand scale  with time, also by competing studios. 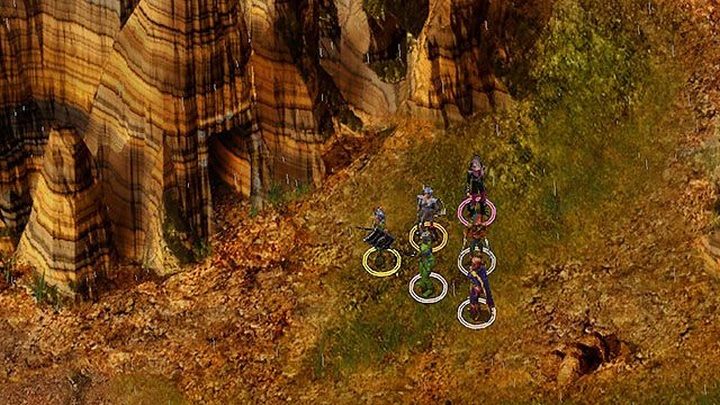 The translation of Baldur's Gate was an undertaking that no one in the country had ever been involved in. Its repercussions turned out to be much greater than immortalizing the famous sentence: "You must gather your party."

Owing their success to Baldur's Gate, the founders of CD Projekt  Marcin Iwinski and Michal Kicinski  were naturally interested in another entry from this series. The sequel was also distributed by CD Projekt, and the translation was as good as in the first game. You can imagine the disappointment of the Polish fan base when it'd turned out that Baldur's Gate: Dark Alliance would be a console exclusive. In Poland, the console market was then barely crawling. Finally, Interplay suggested that CD Projekt  since they cared so much about the PC version  developed it themselves. Iwinski and Kicinski agreed after about a single day of analyzing the matter, thus taking the first steps on the path to creating games themselves.

The ambitious project collapsed almost as fast as it started when Interplay got into serious financial trouble, eventually ending up bankrupt. Although Dark Alliance on PC never happened, new ambitions were already firmly rooted, and a new course were set  CD Projekt wanted to make games instead of just publishing them. But they needed a theme. They opted for Andrzej Sapkowski's wildly popular series of fantasy books. This was the beginning of not only The Witcher as a video game, but also of the CD Projekt RED as a company  it was a small dev team, part of CD Projekt.

Initially, in 2002, only a team of just three programmers, led by Sebastian Zielinski, the creator of the shooter Mortyr, worked on The Witcher. After about a year, however, the project was binned  the CDP bosses were disappointed by the way it was turning out. So, they reset the project, this time allocating a larger team and using the Neverwinter Nights' Aurora engine, borrowed to them by BioWare, with whom they were on an almost friendly footing.

CD Projekt soon found out that creating games is much more expensive than it seems. The budget of the game was initially estimated at about 1-1.5 million dollars, and was almost immediately exceeded, eventually stopping at a few times the amount. Over the years, the team gradually grew to about a hundred people. Moreover, the inexperience of the employees was manifested by further delays in reaching milestones. As Kicinski revealed in an interview with Newsweek in 2018, at one point, the creation of The Witcher brought the threat of bankruptcy on the entire company.

It didn't go without a hitch, and there was a price to pay  we were in dire straits, shoulders-deep in bank loans. When we started making The Witcher, we had no idea what we were getting into, but we wanted to do something special, the best. We learned from our mistakes. Meanwhile, expenses were rising, people had to be paid, banks had to be paid, and we needed some money for our own lives.

Because of The Witcher, the situation of the company became more and more complicated each month. The rescue came only at the end of the project  with finding a foreign publisher, Atari, who supported CDP with an amount covering about 25% of the production costs. The game, finally completed in 2007, took 5 years and some $5-8 million to develop. The title, published on PC alone, found one million buyers in the first year. 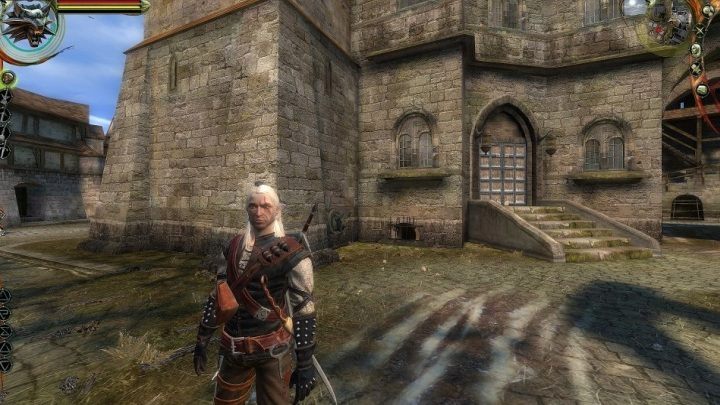 The First Witcher was a very successful game, but it was not yet the world's major leagues.

From a purely financial point of view, the whole thing turned out to be a moderately successful investment  5 years of hard work, nerves and putting the whole company at stake (oblivious to the fact it was doing great work in a different kind of business), translated into cost return and a few hundred thousand in profits within a year of the game's launch. Iwinski and Kicinski knew, however, that they actually gained much more  while preparing a very successful game, they built a team from scratch and made a solid name for themselves  both among players and people of the industry. And this was the foundation on which they set out to create even bigger and more ambitious games.