Let's leave the question of "why now." It doesn't matter whether Rockstar, after all, took pity on PC players, the developers finally sorted out the port of Red Dead Redemption 2, or maybe just did the maths, looked into the contracts and their secret supplements, and finally gave the green light: "Release the Kraken! Or: "Fire when ready! What matters is that next month*, the dank youtube RDR2 meme will become obsolete, and everyone who couldn't, or didn't want to learn Arthur Morgan's adventures on consoles, will be able to do just that on their good, old (or new and upgraded) PC.

*or two months  if you don't have enough... steam! Or you're just patient.

Red Dead Redemption 2 will be released on PC: 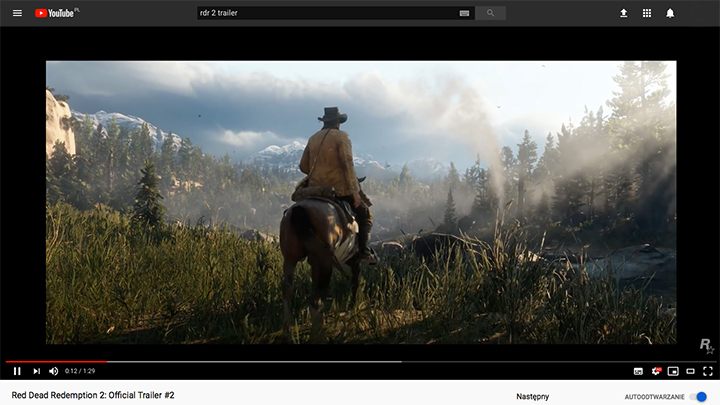 The famous joke about what RDR2 looks like on a PC will soon be out of date.

The answer to the question whether it was worth waiting so long for a game that boasts 97% on Metacritic, and is a perfect 10/10 according to our Editor-in-chief, seems rather obvious. Even if we do not share all this admiration, a masterpiece of this caliber is just worth knowing, worth experiencing, and forming your own opinion about. We, on the other hand, can only remind you why RDR2 is called "the opus magnum of current gen," "the best game from Rockstar ever," or "The godfather of all videogames." Here are five reasons why you need to play Red Dead Redemption 2 when it arrives on PC.

A serious story of sin and redemption

How many times have you read in a review that a game has "infantile story, unmemorable characters, and cringy dialogs?" Red Dead Redemption 2 is the total opposite. You will find a story created without worrying about getting any particular PEGI category. A mature, visceral story that we might find in a good movie made for the sake of art, not for profit. A tale of bandits and murderers, their ideals and weaknesses; about loyalty and betrayal, about how life can take different turns. 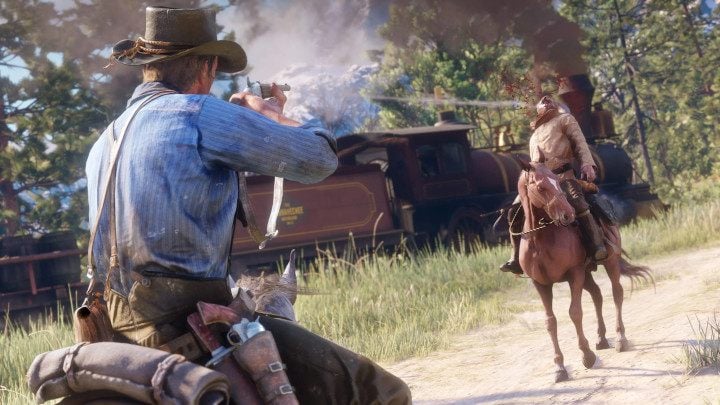 You never know where an adventure in the Wild West will take you. It can be friendship, wealth, or death.

Every character in the cast is fleshed-out and memorable. The characters are believable, well-written, and their dialogs are always natural and well-acted. They evoke sympathy or disgust. We root for some of them, we despise others, and don't care about the rest. Over time, we start to become our own character, not Arthur himself; we feel the need to take care of our gang, we choose specific people to go with on expeditions. And when we eventually reach to the end of the story, it sure will be emotional, much more than in case of any other production. And then, there's the lengthy epilogue, which many other companies would be probably tempted to release as a paid DLC  in RDR2, it's just part of the story. And not just any story  possibly the best one in video games. In the entire history of the video games industry.