Cowboys, bandits, saloon brawls, robberies, train heists, horse chases, relentless sheriffs and duels at high noon. Or rather a quiet little house on the prairie and a lovely doctor providing help for local residents? Which image of the Wild West is closer to the truth? Over the years, our vision of New World history has been shaped by Hollywood action movies that focus on a few popular patterns. However, the vast majority of these motives and details was invented by filmmakers and authors of cheap pulp magazine stories.

THIS ARTICLE WILL TELL YOU, AMONG OTHER THINGS, WHETHER IN THE WILD WEST...

Red Dead Redemption 2 has probably the best and most realistic open world, that faithfully represents the reality, which was ever created in the history of video games. Also, the in-game environment distinguishes itself with an obsessive attention to detail, which can even become a bit annoying during the gameplay. So how does its authenticity looks like when compared to a slightly broader scale? Does RDR2 recreate Hollywood myths from (spaghetti) westerns or does it stick to historical reality by emphasizing authenticity instead of entertainment? Here is a list of several myths known from most westerns and interesting facts from the times of Wild West. Let's check how Red Dead Redemption 2 has addressed them. 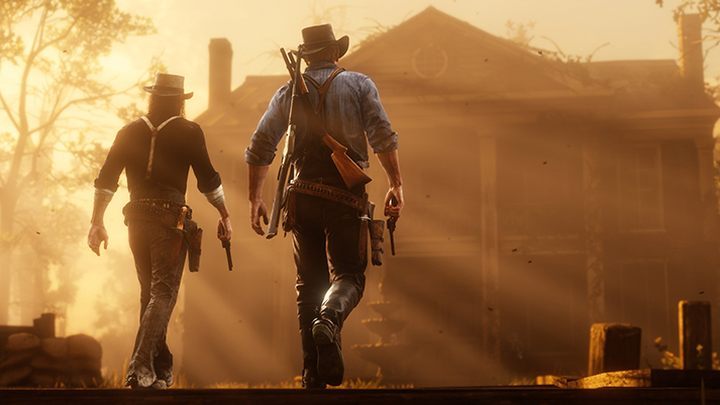 In Wild West towns and cities, public wandering with firearms was strictly forbidden.

In Red Dead Redemption 2, as in any decent action game, there are relatively frequent shootouts. In missions, these are usually longer multi-stage battles, and some random incidents may occur along the way. Sometimes, they take place somewhere on the outskirts, in a gang-occupied camp, sometimes along the road, but also in towns, as in one of the initial missions in Valentine, or near the jail in Strawberry.

While in the first case there, is nothing to nitpick, such duels in towns were an absolute rarity. The gunfight in O. K. Corral in Tombstone is notorious for a good reason  mainly because it happened at all. The towns had been considered very safe. Nearly everyone had guns back then, but it was forbidden to carry it too ostentatiously. Historians even note that in the above-mentioned Tombstone, much softer rules regarding the carrying of weapons apply today than did in the late XIX century. 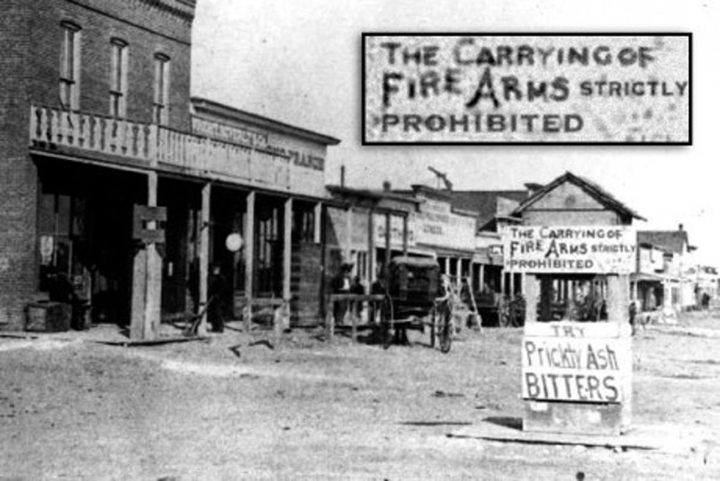 Dodge City, Kansas, the year of Our Lord, 1878. A sign at the entrance to the city says that carrying of weapons is strictly prohibited.

Every visitor to the city was required to deliver their revolver or rifle in a timely manner to the Sheriff's office or to the hotel. The communities of that time were also very keen on cooperation and peaceful resolution of conflicts, which was facilitated by the fact of universal possession of weapons. No one took unnecessary risks, for it was known that they might be shot in the nick of time.

Shootings happened often in all kinds of places. These were, however, usually brief incidents between gamblers or political opponents, and these gang-related incidents were so unique that they made history, becoming the theme of a whole genre  the Western. 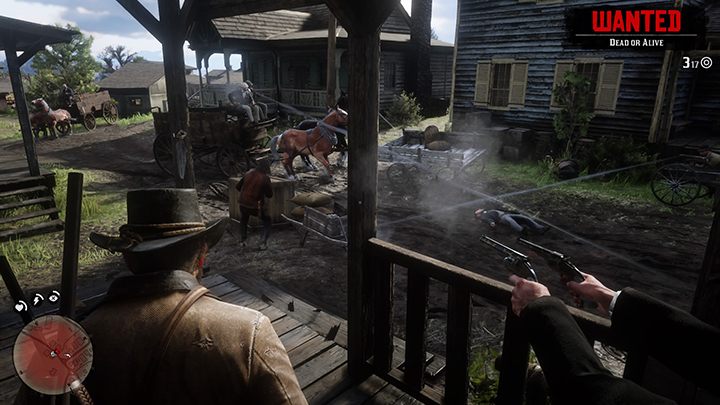 THE GUNFIGHT AT THE O. K. Valentine. Such situations did not happen often  due to the ban on carrying of weapons.

THE GUNFIGHT AT THE O. K. CORRAL

The events of October 26, 1881 in the town of Tombstone are considered the most famous shootout in the Wild West  a symbol of those times, although it only received fame in the mid-1940s . The gunfight involved the Earp brothers, guardians of the law  three of them in total, plus Doc Holliday  and a local gang of cattle smugglers, called the Cowboys. Both sides had long been in conflict, but it usually ended only with threats. Shots were fired precisely because the bandits violated the prohibition on carrying weapons around in the city.

In the 30-second duel, about 30 shots were fired, and opponents stood from each other not further than 2-3 meters. Three of the Cowboys died, two more escaped. On the other hand, only Wyatt Earp emerged from the collision unscathed, and his three comrades, including two brothers, were injured. Later, one of the cowboys accused the law enforcement of murder, which ended with their acquittal, but spurred a spiral of revenge. Within months, Earp's two brothers, Virgil and Morgan, were killed, and newly appointed Federal Marshal Wyatt Earp began a personal vendetta to avenge his brothers.

For comparison with the above-described shooting in O. K. Corral  in 2015, in Waco, Texas, a shootout broke out between biker gangs, joined by the police. As a result of the shootout, nine bikers were killed, 18 people were injured, and 177 were arrested.