P.S. We've added emphasis to some of the quotes.

All right, let's try something else. My name is Christopher, and Im a fan of Andrzej Sapkowski. Actually, Im a huge fan of Sapkowski. To be honest, I like him so much that I carefully follow everything that AS preaches, not to mention everything that was written by him. I'll tell you more  I don't think anybody does it as carefully as I do. I doubt anyone has ever reached an equally profound understanding of the thoughts and words of the master. You may say it's not a modest way to talk about myself? Well, Mr. Sapkowski would tell you:

Modesty is a treatable disease.

Panel with the author during Fantasy Days, 2014 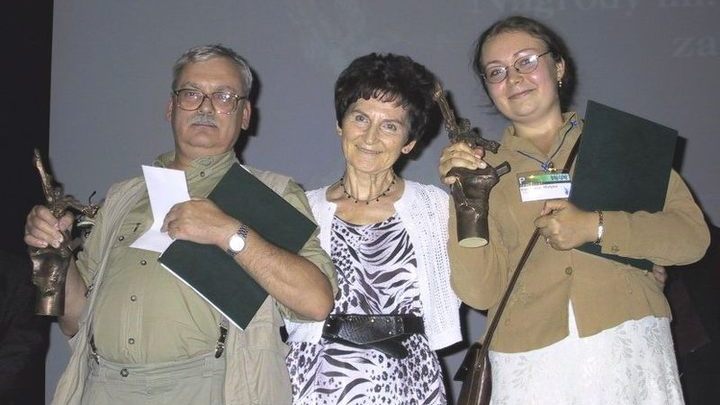 After the nomination for the Janusz Zajdel prize: "Something makes them (readers  ed. note) decide to vote for me  I would like to believe that it's due to the quality of what I write, or at least my dashing convent personality." (2003; Photo by Szymon Sokol / Creative Commons)

Of course, it was a joke. Obviously, I dare not to compare myself to the master. Who am I? I'm just a piteous editor  to stand alongside the acclaimed giant of the literary phenomenon of the 1990s, the revered king of the Polish fantasy, the laureate of the biggest literature awards in Poland, five-time winner of the Janusz Zajdel prize, the most frequently translated Polish writer of fantasy (just after the one-and-only Stanislaw Lem), and winner of many other awards.

Nevertheless, I feel my knowledge warrants writing this peace, the purpose of which is creating a comprehensive profile of this uncompromising author  using mainly his own words. Andrzej Sapkowski is a supreme storyteller, his picturesque statements are so sophisticated, saucy, spicy, and at the same time accurate, that all these hilarious aphorisms and parallels deserve combining into a small book. Besides, whose words could outline the true image of Andrzej Sapkowski better than his very own?

Among the quotes included in this article there is none that comes from the novels written by Sapkowski. In the article, I wanted to outline the personality of the writer himself  and his oeuvre would not help me in any way in this endeavor. Why? As the author said:

A journey to the gaming society

You have been nicknamed Sapek by your fans  do you like it? 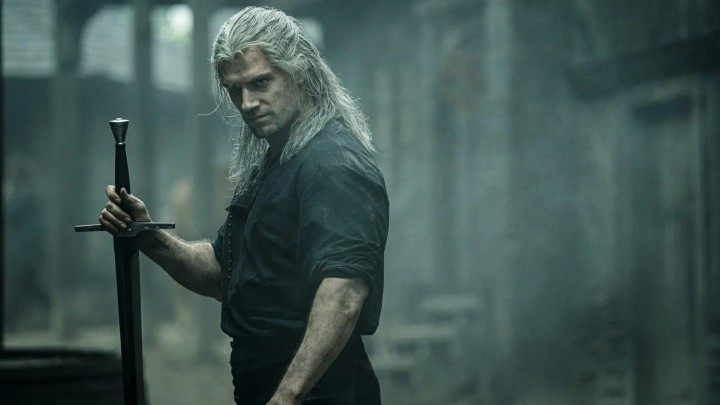 Would you like to see an adaptation of The Witcher's books on a scale similar to that of The Game of Thrones? Yes, responds the author in a somber tone. (2016)

What prompted me to prepare such a study? If you pre-empt the answer by saying I was driven by the popularity of the games of The Witcher series  you will be right, but only partially. A direct impulse was the recent visit of Andrzej Sapkowski to the Italian Lucca Comics & Games 2019 fair, during which he uttered the already famous statement:

I'm a master of video games... But I havent played any.

This is yet another statement that reverberated in the gaming community, causing some to burst into laughter and others into agitation. I dare claim that in both cases, the reactions were exaggerated, because AS, as it often happens in his case, expressed himself a bit imprecisely and was therefore misunderstood.

Calling himself a master of video games, Sapkowski obviously didn't try to imply he completed a platinum in Dark Souls blindfolded. He, of course, referred only to The Witcher series, saying, essentially, hes the game master in that universe. Is that not true, brothers and sisters?

Of course, Sapkowski has pissed off the players much earlier  and not every statement he made can be straighten out in a similar way. The Polcon 2016 convention can be considered the symbolic beginning of this flame. At that time, during a solemn (due to the anniversary) author's meeting, he said a few innocent words which were fraught with consequences:

I know a few people who played this game (The Witcher  ed. note)... but not many. I prefer to stay around smart and intelligent people.

Many people haven't noticed the ironic context of this mockery  an indiscriminate joke, but in fact not very different from other casual jokes made by Sapkowski among various people or societies. There were still some, who felt offended even among those who had noticed that. This prompted players to lash out at the writer even more, especially for his earlier words (expressed at the same fantasy fair)  he spoke, without enthusiasm (to put it mildly), about the impact of video games on his literary oeuvre:

(Theories  ed. note) started to spread  I don't know who propagated them; I suspect it was CD Projekt Red that if it hadn't been for the video games, I wouldn't have seen any translation of my works in the Western Europe in my entire life. Bullshit. All translations of my works were available much earlier than the video games. All of them. And it was the game that took advantage of my popularity, not the other way around. That's the truth.

Secondly: the only thing I owe to the game is a massive shitstorm  because foreign publishers have started to use the game's artwork as the books covers. So, people would ignore them as game-related content, written specially for the video game (...) I had to fight a full-scale war to prove who was first. So the video games spoiled the economy a whole lot.

The matter of who gained on the popularity was one of the main topics of online discussions which ignited massive arguments between gamers and fantasy bookworms. What's funny, Andrzej Sapkowski made exactly the same accusations against video games four years earlier, in an interview with the Polish Eurogamer  except there was no mention about any shitstorm back then. Also, he didn't make any jokes about the players and probably that's why he got away with it. 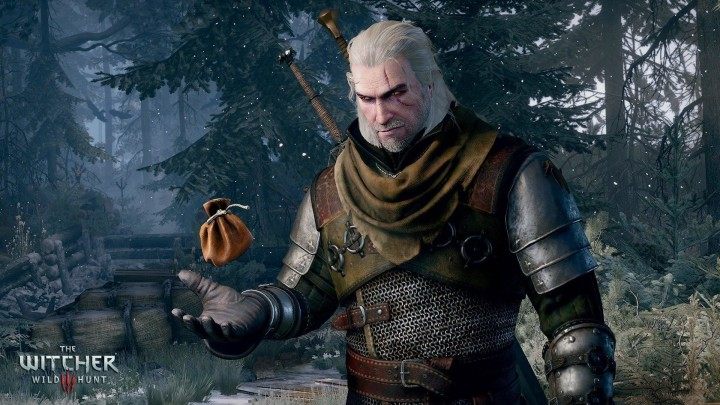 What motivated you to write The Witcher story? Why, money, of course. (2014)

Anyway, the tempest around the writer's words has even reached the British Isles, where Eurogamer, this time the main division of the site, has decided to invite Sapkowski for an interview, taking advantage of his visit to London at the beginning of 2017.

It's not that I don't like them or despise them. (...) I just don't play them! But I have nothing against video games or gamers. Nothing.

AS has also unleashed a small storm by revealing the background of his cooperation with CD Projekt RED  long, long ago, in 2002, when the studio was still located in £ód, the home town of the writer.

I was stupid enough to sell them the rights to all my works. They offered me a percentage of their profits. I said: 'No, there will be no profit at all  give me all my money right now! The whole amount.' It was stupid. I was foolish enough to leave everything in their hands because I didn't believe in their success. But who could have predicted their success? I couldn't."

The game is made very well, and they merit all of the beneficiaries they get from it. They merit it. The game is very good, well done, well done. 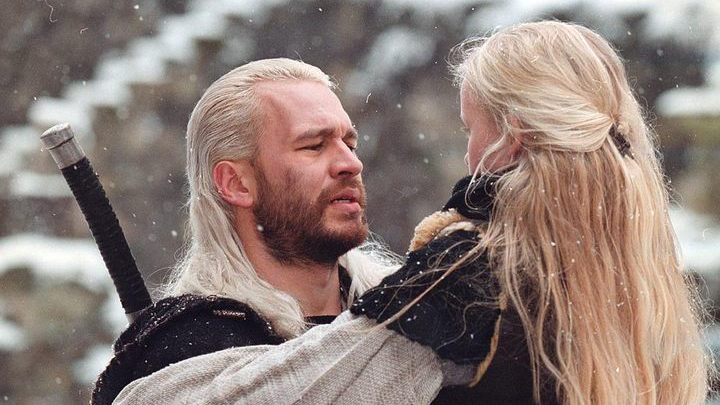 "If a book doesn't sell, it doesn't mean it's a masterpiece beyond the reader's reach. It means it's a worthless piece of crap." (2005)

Apparently, the confusion that he inflicted during this unfortunate Polcon, quickly started to burden Sapkowski. This became more evident in 2018, when the hosts of the Warsaw Book Show once again asked the writer about his attitude towards video games. Although he is usually more harsh when talking to Polish journalists or fans than people from abroad, this time he has given a less negligent (and less emotional) answer:

I would like, perhaps at last, to be well understood, especially before my opinion on video games will trigger another shitstorm over the web. A game based on a book can be a great game, make a sensation among players  as The Witcher did. A comic book based on literature can be a number one among comic books. A movie with a book-based script can be a thrilling box office hit. If that's the case, I'll be the first to appreciate it, honor it, take my hat off.

But nothing will change the fact that these are only adaptations of literary works to other media  with an emphasis on "other." Adaptations are affected by all kinds of defects. You cant put a book and its adaptation on the very same level, compare them and combine them, because they are incomparable and incompatible things.

Either way, Sapkowski did not manage to reclaim the respect of players and mitigate their reluctance. Although he was already on the right track to bury the hatchet, a shocking news appeared in autumn of 2018 that the writer demanded $16 million from CD Projekt Red in unpaid royalties  more than a decade after he sold the copyrights. I'm not going to discuss this case here or make any judgments. At this point I will only add a comment about this scandal, which was made by AS himself several weeks ago, during the aforementioned Lucca Comics & Games convention:

When it comes to the legal dispute with CD Projekt, this whole thing blew out of proportions and is way beyond my control. I can only add that, at this stage of my career, money means nothing to me anymore.

Well... either the mentioned stage of career has begun very recently, just after the case of $16 million has got in the spotlight, or.... it wouldn't be the first time when the father of The Witcher is a bit lost in his testimony. But let's leave this story behind. Especially since the sudden lack of interest in money may be related to the writer's personal tragedy that happened earlier this year, when his only son passed away.