The Witcher  a thorn in the side of the author

Let's move back to AS' relationship with video games. Well, we already know that he didn't use to play them in the past. We've also heard that he doesn't deny their quality. He spoke a little bit more about the matter of quality during the Fantasy Days in 2014:

From the point of view of game mechanics, or how these adventures look like, I can't say a thing, because I don't know the next thing about it. As for the graphics design of the game  it can be breathtaking. It looks really beautiful.

In fact, you may have already noticed that Sapkowski, no matter which year he speaks about this issue, always uses the singular form to describe a game instead of games. Apparently, the writer is unaware of the fact (or maybe he just forgot) that The Witcher, The Witcher 2 and The Witcher 3 are three separate installments. Or (and Id be willing to bet this is actually the case) he doesn't give a damn. He probably failed to notice the evolution of graphics since 2007, since hes been using the adjective breathtaking since the first game of the series was released. 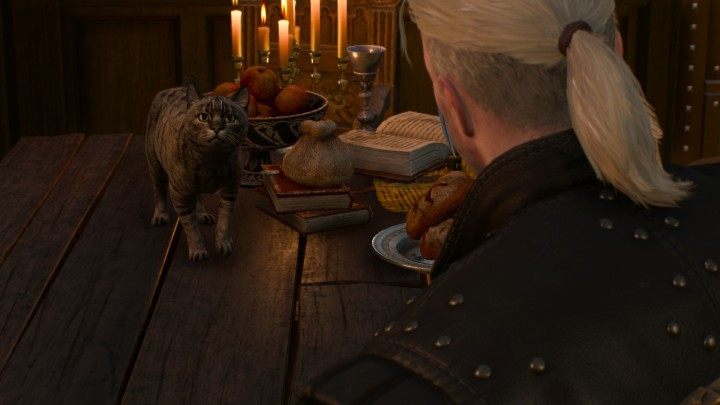 The writer's lack of interest in what is happening in Polish game dev backyard is probably best illustrated by another quote from Polcon 2016, this time concerning the older version of The Witcher, which was developed by Metropolis studio under the supervision of Adrian Chmielarz, at the end of the 90s:

I can't say anything because I have no clue what it actually looked like. While CD Projekt honored me by offering all copies of subsequent video games, I got literally nothing from Chmielarz  not even 'kiss my ass... Not to mention money.

Chmielarz, as we could suspect, immediately answered the allegations  in quite a bitter way (but this is not the place to quote all these words). Anyway, he claims that Sapkowski received a fixed amount of cash (also paid in advance). As for the fact that AS didn't get a copy of the game... Perhaps something had to do with the fact that the project was deleted. 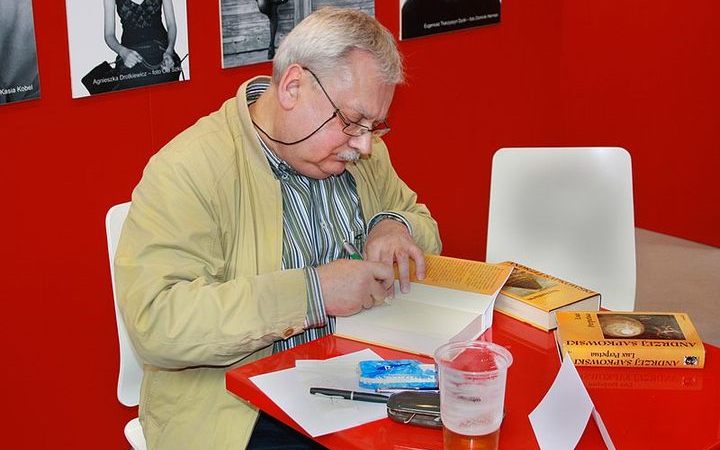 "We can wear Chinese clothes, drive Czech cars, look at Japanese TVs, cook Spanish tomatoes and Norwegian salmons in German pots. As for culture, however, it would be appropriate to have one of our own." (2005; photo by Packa / Creative Commons)

Make no mistake, though  AS isnt completely oblivious to the existence of video games. At the Fantasy Days 2014 he even admitted that he had some experience with them... just for a moment.

He used to refer to games on other occasions as well:

After my grandfather died, I used to pick mushrooms with my father. It's always been great fun for me. I don't know why, maybe because I didn't have any other forms of entertainment back then. Computer games didn't exist at that time.

2005, extended interview from the book History and Fantasy

A fan from Katowice, as many others like him, was eager for the next volume of The Witcher franchise. He grew up playing computer games and has no idea that a story can have its ending, its definitive end  a grand finale that concludes the whole work. He doesn't realize that the witcher is not Lara Croft.

As it appears, Sapkowski doesn't necessarily talk about games in superlatives, nor does he have extensive knowledge about them  but at least he is aware that they do exist, and he doesn't ignore their role in today's popculture. Not that bad for a guy born in 1948, don't you think?