Apex Legends is a free-to-play online FPP shooter, set in the futuristic universe of the Titanfall franchise. The production is a spin-off (created after deletion of the third part of the cycle) and belongs to the battle royale genre, represented by titles such as Playerunknowns Battlegrounds, Fortnite: Battle Royale czy Dying Light: Bad Blood. The game in question, however, introduces some of its own ideas to this convention. The well-known Respawn Entertainment studio is responsible for its creation, and the publisher is Electronic Arts.

Apex Legends does not have a fully-fledged plot, but the action of the game takes place in the already existing universe of science fiction with its own history and atmosphere. Until recently, two factions warred in the universe of Titanfall  one was the powerful consortium of corporations; the other, were the rebellious inhabitants of the planets, exploited by the corporations. The conflict ended, but with the arrival of peace, the locations, where fighting took place, were abandoned in a state of complete ruin. Their inhabitants made an attempt to build the civilization anew, and one of the manifestations of their culture became the Apex Games  a brutal competition in which groups of daredevils fight for life and death.

In Apex Legends, we play the role of participants in these clashes  futuristic gladiators. Unlike many other battle royal games, in Apex Legends we don't control an anonymous character, but a specific hero (the title Legend) who has their own story and goals. Among the available heroes one can find Wraith, a warrior suffering from amnesia, who has the ability to manipulate space-time, or Nox, a scientist and hunter specializing in in the use of combat gases.

Apex Legends is a first-person battle royale shooter. Up to 60 players can take part in the clashes, divided into 20 three-person teams. Every game starts in the same way  from landing on the board and then searching for weapons (you will find here, among others, shotguns, rifles, snipers and machine guns). It is worth noting that the best equipment is on mobile supply ships  landing on one of them may give us a considerable advantage over the competition.

The battle lasts, until more than one team fights on a gradually shrinking map. The production of the Respawn Entertainment studio enriches the formula of the battle royale with ideas known from the so-called hero shooters. All heroes controlled by players have a set of specific skills that make them extremely dangerous (or useful) in certain situations. Some abilities make it easier to move around the map, others allow you to heal companions or attack enemies. Assembling a balanced team allows us to gain tactical edge over the rest. An interesting solution are the so-called respawn beacons that remain after fallen comrades. If we collect one of them and get to a specific point on the map, we will be able to "resurrect" the company, allowing it to return to the battlefield.

As the game progresses, we receive experience points, which allow us to advance to the next player level (maximum 100). Advancing to a level also means receiving a prize  Apex packages (they contain cosmetic items or the currency used to create them) and Legendary tokens, thanks to which you unlock new heroes.

Apex Legends offers online gameplay exclusively. The game does not have a single-player campaign  the basis of the game is the online multiplayer mode.

Apex Legends is based on a modified Source Engine (created by Valve studio and known from Half-Life 2). Graphic design of this production presents a decent level. The models, animations, textures and lighting cannot be criticized, although in terms of technology the production of Respawn Entertainment studio without doubt cannot compete with the best-looking first-person shooters on the market. Interesting character and level design is also a big perk.

It is worth noting that Apex Legends was released in a free-to-play model with micropayments (in the shop inside the game, you can buy only cosmetic items).

Apex Legends Guide is a collection of tips and tricks for this exciting battle royal shooting game. From our publication you will learn how the each of the Legends behave on the battlefield and what passive, tactical and special abilities they have. 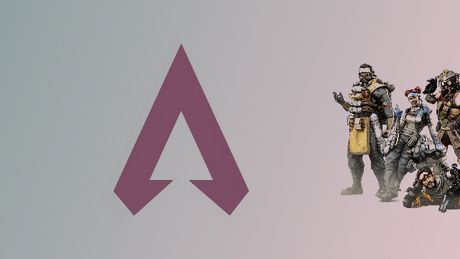 I Suck At Battle Royale, and Apex Legends is My Favorite Game

How to reinvent the genre and enthrall millions of players while also staying cool? This question must have been asked at least once in Respawn Entertainment's HQ. And, oh boy, did they manage.

Respawn Entertainment has officially revealed Apex Legends  the battle royale game set in the universe of Titanfall. At the same time, the game launched on PC, as well as Xbox One and PlayStation 4 consoles.

Respawn Entertainment is to announce a new game today  Apex Legends. According to the first reports, the title will be a free Titanfall spin-off.

According to unconfirmed rumors, Apex Legends - the unannounced spin-off of the Titanfall cycle - will hit the PC, PS4, and XONE on Monday, February 4.

No Titanfall 3  at Least for Now

Respawn Entertainment officially informed that no Titanfall 3 is being developed currently.

Apex Legends marks a successful launch  the game can boast more than 1 million unique players in less than 8 hours after the official release.

The CEO of Respawn Entertainment  Vince Zampella  has revealed on Twitter, that his company is working on one more project related to the Titanfall brand.