Call of Cthulhu: Dark Corners of the Earth is a horror action-adventure game (similar to Undying and Resident Evil). The story is set in 1920 and based on the Cthuhlu Mythos created by one of the most famous novelists from the early twentieth century  H.P. Lovecraft. The Great Old Ones, invented by the writer, including the titular Cthulhu come to the Earth in order to conquer it.

It all starts rather innocently. You assume the role of Jack Walters, a private detective and ex-cop, hired to find a missing person in a mysterious port town of Innsmouth. Soon, it becomes evident that this is far more than just a usual investigation. Jack discovers the darkest secrets of Innsmouth and soon faces the Great Old Ones themselves. To fight this enemy, he uses not only his intelligence but also various weapons, such as a .45 revolver, rifle or explosives.

The game overflows with horror atmosphere characteristic of the Lovecraft's novels. In dark places, the forces of evil wait for an opportunity to annihilate non-expecting humans. Call of Cthulhu uses a fully-3D game engine. The graphics, together with the games uncanny atmosphere, make up an unforgettable mix  a must have for the fans of Lovecraft. 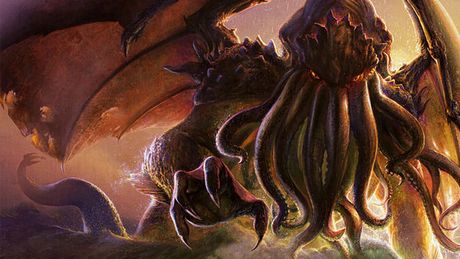