Weird fiction  its a term coined by Sheridan Le Fanu and popularized by H.P. Lovecraft in his frightening novels and stories. In his works, Lovecraft aimed at building up the readers anxiety by mixing elements of fantasy and horror as well as putting things that seem familiar in an unfamiliar setting, often inhabited by an unimaginable being (it does not have to be a physical one). Each word was intended to stir the readers and confuse them more than anything they have seen before.

The oldest [] emotion of mankind is fear

Lovecraft based most of his stories on the concept of the Ancient Ones  creatures that originated eons ago deep in the cosmos. Each Ancient One, according to Lovecrafts works, is described in a mysterious book known as the Necronomicon. The Cthulhu mythos is universal enough for other authors to base their ideas on the Ancient Ones. Does it work in video games? Let us investigate this issue just a bit further 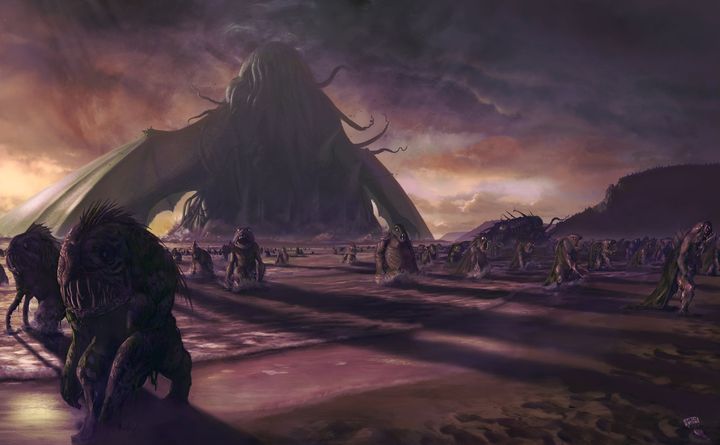 Just by looking at that thing I might get nightmares

The developers creating video games have often incorporated only certain pieces of the Cthulhu mythos into their works. Lovecraft fans can often encounter a statue of an Ancient One, a mention of the Necronomicon, a location somehow related to Lovecraft, etc. Even the sense of constant anxiety built up by the games atmosphere might be considered as a Lovecraftian inspiration. Some of the examples contain major spoilers. So, basically, you have been warned.

Children will always be afraid of the dark

The first two examples show that such inspirations might be visible for a short fragment of a game, making the fans of the Ancient Ones gape in awe as the game they enjoy intermingles with one of their favorite mythoi. Fallout 4 has such elements, the most prominent one being the mission involving the Cabot house. In comparison to other places one can explore in the game, this house, in particular, is incredibly clean, almost sterile. The eeriness creeps in after the player meets the Cabot family  its members are over 400 years old! The father of the family had set off to Arabia to locate an ancient artifact in the late 1800s, which is clearly inspired by Abdul Al-Hazred. Lovecraft fans know very well that Al-Hazred is the one who had found the Necronomicon, which gave him supernatural powers while driving him insane. So guess what actually happened to the Cabot patriarch after he found his ancient artifact? Sure, he and his family became practically immortal; however, he went mad because of the power that originated in outer space. 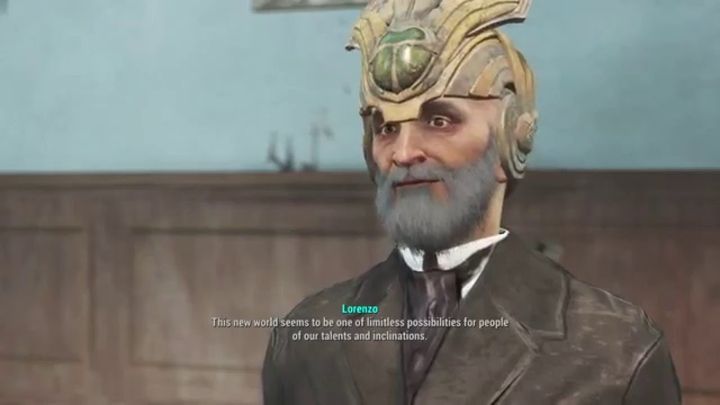 Note to self: DO NOT pursue an ancient artifact, even if it promises you immortality.

South Park fans have most certainly seen the three episodes that linked Kennys multiple deaths to the Cthulhu mythos. Trey Parker and Matt Stone wink at the fans with a boss fight in South Park: The Fractured but Whole. Shub-Niggurath (or The Black Goat of the Woods with a Thousand Young, as others call this fellow) makes for one of the most difficult enemies in the game. If that is not enough, Shub-Niggurath (yes, let us stick to this name, shall we?) has been summoned by his cultists  and the theme involving dangerous cults is ever-present in Lovecrafts works. With all the South Park dark humor taken aside, this is a pretty solid Lovecraftian easter egg right there.

There are also those games that want to follow the formula of Lovecrafts atmosphere building and eeriness. An MMORPG called The Secret World does something more, as it combines dozens of different conspiracy theories involving mythical creatures, urban legends, secret societies and many more, and then places the player right in the middle of this horror pot, where he or she has to fight not only the Ancient Ones but also many other horrors inspired by either Lovecrafts works or folk stories. Have you ever imagined fighting Illuminati, werewolves, zombies, and Cthulhus offspring all in just under ten minutes? No? Then make sure to check out The Secret World! 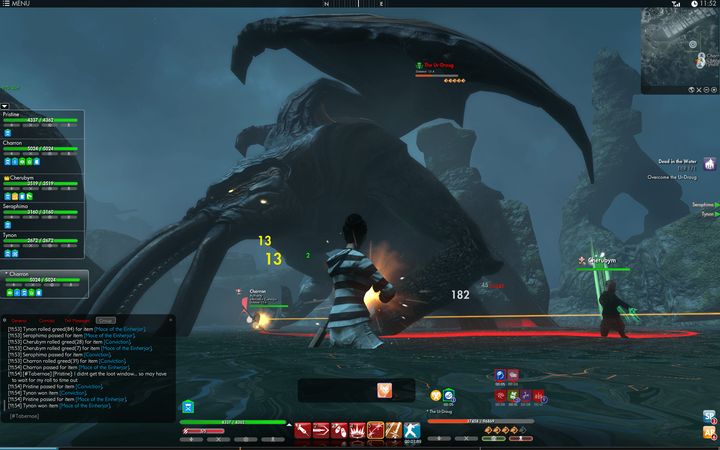 A true feast for fans of conspiracy theories.

And what about putting a popular fictional character into the horrifying backdrop based on the Cthulhu mythos? Exactly that can be seen in Sherlock Holmes: The Awakened, where the main protagonist, tired of solving relatively simple (at least for him) crime mysteries, decides to investigate a series of kidnappings. This leads him to a group of Cthulhu cultists, who attempt to summon the Ancient One and purge the world starting from London. The story shows how Holmes is slowly driven insane by pursuing the cultists, and eventually, by the beast with gigantic wings, deadly claws, and octopus-like face.

In his house at R'lyeh dead Cthulhu waits dreaming.

Players can also find games that are entirely based on Lovecrafts works and feature some of the most iconic beasts (e.g. The Ancient Ones, Cultists), locations (Arkham, Miskatonic), adventurers, and themes that fans love to fear. I am pretty sure I will never forget playing Call of Cthulhu: Dark Corners of the Earth as I was younger. The game is heavily inspired by Lovecrafts novel called The Shadow Over Innsmouth. In the game, players can encounter the iconic Deep Ones who serve the Ancient One known as Yig. The sense of eeriness accompanies you right from the start, accelerating your heartbeat with the escape from the hotel sequence and keeping it up this way with creepy atmosphere and frightening plot twists. During the game, players have to make sure the main protagonist is not driven mad by the nightmarish horrors lurking behind each corner. 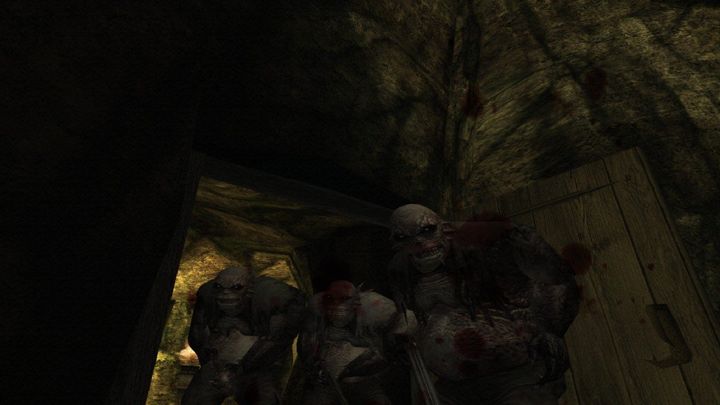 If I were a Deep One.. Plum plum plum Just some of the opponents you are bound to encounter when playing The Dark Corners of the Earth.

Now, allow me to tell you something more about a slightly different game. What might seem like a light production with Minecraft-like visuals is, in fact, a first-person shooter that builds up its atmosphere and might scare the creeps out of players. Eldritch (even the games title is inspired by Lovecrafts works) allows players to explore randomly generated strange and mystical worlds that are inhabited by creatures taken straight out of the Cthulhu mythos. In the game, you have to sneak past them or run with guns blazing in order to unearth ancient mysteries. The game comes with a DLC called Mountains of Madness (Yes! Just like the story!) that adds more dungeons, beasts, weapons, powers, and secrets for you to discover. Just remember: do not get yourself killed by any cultists, okay?

Cthulhu lovers all around the world are waiting for one more game entitled Call of Cthulhu. The first trailers promise us an RPG investigation game with psychological and stealth mechanics. Players are to assume the role of a detective trying to solve a case of a mysterious death that happened on Backwater Island. He does not know, however, that behind all this is something he had not come across before. Well, actually, no one had. Even though the games launch date has been moved several times now, personally I cannot wait to see what is coming, and what the Ancient Ones (Cthulhu in particular) are preparing for their awakening.

What has risen may sink, and what has sunk may rise

I have to admit, it has to be difficult to come up with an original setting for a horror video game. Luckily, H.P. Lovecrafts works hide tons of inspirations, not all of which have already been used anywhere in the video games industry. By no means do I worry about the future of games based on the Cthulhu mythos. There are so many Ancient Creatures with their minions that even an extensive game series would not be enough to focus on all of them. The only thing that makes me worried is the issue of turning horror games into jump scare generators. But with all that Ive already said, the Ancient Ones are not material for jump scares. They are there to scare you, one step at a time, especially when you cannot see them. Sleep tight!