Call of Duty: Black Ops III for PC, PS4 and XONE is another installment in the popular shooter series. Set in the distant future, the game continues the story presented in Black Ops II, albeit this time we are dealing with an even grimmer vision of reality. Studio Treyarch took care of the production.

The story takes the player to the year 2065, 40 years after the drone attack organized by Raul Menendez in the previous part of the series. To prevent a similar situations from ever happening, the world has decided to create a special defense system. Unfortunately, nobody prepared for the other dangers that could lead humanity to the brink of chaos. Climate changes, shrinking resources, and an ideological conflict regarding genetic modifications and implants had divided the society and became a reason for increasingly bloodier wars.

The situation slowly begins to spiral out of control, as some previously undisclosed military projects come to light, and we also need to keep in mind the increasing consciousness of machines, which complicates everything. Nevertheless, even the technologies available to the army are nothing compared to the so-called NDI, which is a gigantic mental network to which all members of the Black Ops special forces are connected. It allows the commandos to accomplish even the most difficult of tasks and provides them with a virtually superhuman coordination.

At the beginning of Call of Duty: Black Ops III, one of the teams is sent on a mission only to suddenly abandon it for no obvious reasons. A moments later, HQ witnesses the biggest leak of secret government data it has ever seen. Nobody knows what really happened  the player's task is to find the missing unit and get to the heart of the matter.

The campaign, in which we learn the rest of the story, is available in single player as well as in co-op mode for up to four players. An interesting option was also provided in the form of playing together on one screen. Unlike the previous parts of the series, the story campaign in Black Ops III has a more open map structure, and the missions begin in a special lobby. In the so-called bunker players can prepare for the assignment, select equipment, spend points on skills or read previously acquired notes.

Considerable changes have also been implemented in the multiplayer mode. Players were given the opportunity to take control of one of nine specialists, each with their own unique weapons and an additional special skill. Equally important is the additional option of running up walls and shooting underwater, thanks to which the maps, despite their small size, gain some additional depth. The gameplay is very dynamic, and the several extra moves that can be performed, thanks to the engines mounted on the soldiers back, add to the game's fast and chaotic pace. The same applies to the cooperative zombie mode that returned to the series.

In terms of graphics, Call of Duty: Black Ops III for PC, PS4 and XONE looks very well, but it doesnt differ too much in comparison to the previous installments in the series. Character animations are fluid, the cutscenes cinematic, and there is no shortage of spectacular scenes during both the campaign and multiplayer mode.

The guide to Call of Duty: Black Ops III is, most of all, a comprehensive walkthrough for the game. Each mission has been described in such way that no player should have trouble with completing it. 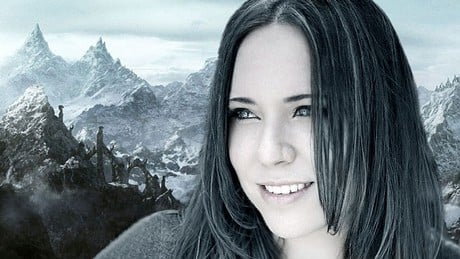 Post-launch add-ons for Call of Duty: Black Ops III will first appear on PlayStation consoles. Sony has entered into an agreement with Activision to temporarily bring CoD DLCs exclusively to their platform, as it used to do with Microsoft.