Judith de los Santos is a singer, musician and composer that you most probably know as Malukah. Judith became popular within the gaming community thanks to her cover of “The Dragonborn Comes” from The Elder Scrolls V: Skyrim. Her growing popularity attracted the attention of ZeniMax Media, and thanks to that Judith took part in writing music for The Elder Scrolls Online. Moreover, you can hear Malukah in zombie modes in Black Ops II and Black Ops III. Recently, we had a chance to ask her few questions regarding her career as a musician, her interests and plans for the future. 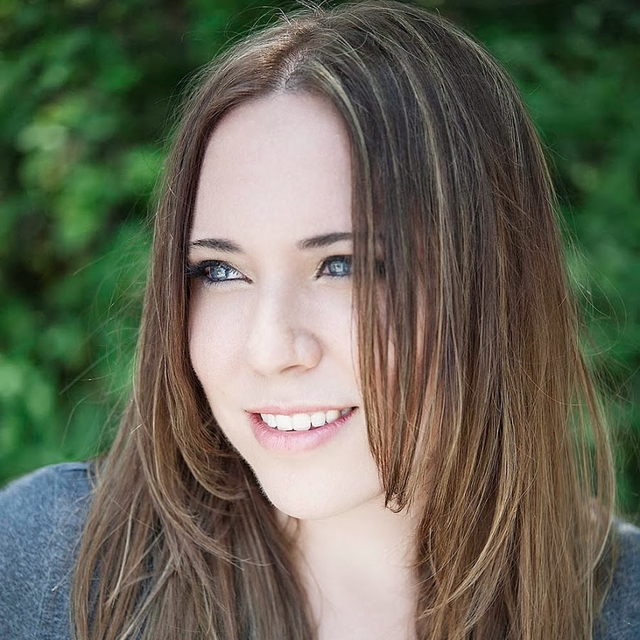 How did you get interested in music and performing in the first place? What musical instruments do you play – or should I rather ask what instruments you don’t play?

Hehe! I grew up listening to my mother play the piano, and she was my inspiration for wanting to be a musician. As soon as I could, I started taking lessons. Eventually, I also learned a bit about drums, percussion, and guitar. I was always shy about performing in front of people. I feel music for me was a personal hobby that focused more on the process of writing songs than on performing.

I know that you performed on stage before you became widely recognized thanks to your YouTube video with “The Dragonborn Comes” cover (which is marvelous!). Can you tell me more about that time and about your first album?

The songs from the first album I recorded, All of the Above, were written over several years. Writing for me has always been the most helpful way to analyze life situations and to learn from them. One day I realized that there were enough songs that I liked (because I had many terrible songs, as well) to make a full album, so I set the goal to record them. I was very fortunate to have very good friends that were also great musicians who were willing to help make this a reality. 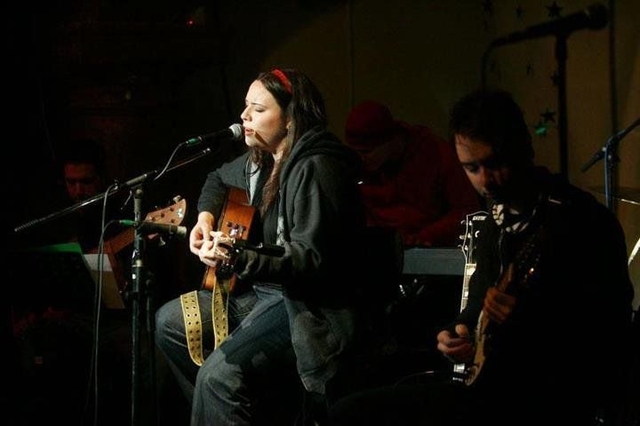 For this album, we were able to organize a CD release party in my home city of Monterrey, México. To this day, it is one of the greatest moments of my life. Sharing music, surrounded by family and friends! Over the next few years, I sometimes went to coffee shops or small bars to perform these songs solo on guitar. It was a good experience, but it also made me confirm that, just as I felt when I was a kid, my heart is more invested in writing music than in actual performing.

What changed when you gained recognition? Do you feel that a lot has changed both in your life and in terms of your musical career?

The biggest change I have felt in my mind is that I have a stronger determination to learn and improve. I want to continue to grow as a musician and composer so that I can always feel I am working to earn the support and kindness that I get from people. I feel very grateful for all they have inspired me to do.

Another big change was realizing that I am emotionally stronger than I thought. I used to fear that receiving aggressive criticism would hurt me so much that it would discourage me from making music. It made me happy to see that although it doesn’t feel good to be called mean things… these mean things don’t have anything to do with the way I feel about music.

The most special thing that has happened because of this was getting to compose music for Elder Scrolls Online. Zenimax Online Studios had heard my Skyrim covers and first invited me to write an ESO fan song to share online. I composed Beauty of Dawn. They later ended up using this song for the end credits in the actual game! Thanks to the supportive response from the Elder Scrolls community, ZoS again hired me to compose the music for the bard songs. For someone like me, an indie musician from México, it seemed impossible that I would ever have the opportunity to work on a big game like that. Specifically, to be given a chance to compose music, not just sing. To this day, I am grateful they trusted me with this responsibility. I cannot believe it happened!

Did you get a chance to meet any of your music heroes – musicians, soundtrack composers, etc? If so, meeting who was the most significant for you?

Meeting Jeremy Soule was a very special moment. The Skyrim soundtrack is made up of some of the most peaceful, healing music that I have ever heard. And to be able to tell him how much the music and the game comfort me was amazing.

I also got a chance to meet Skyrim’s producer, Todd Howard, at the ESO launch party. I made a mental note to keep my emotions under control and say to him, “I love your work.” But, I was so nervous that when I finally met him, I just said, “I love you!” Hahahaha! :D It’s always inspiring to see someone like Todd Howard speak about games, because you can tell how much he loves what he and his team create!

Can you tell me something about your work on music for Call of Duty: Black Ops II? What was it like for you to take part in such an undertaking?

Kevin Sherwood is the composer for the Black Ops Zombie Easter Egg songs. We went to college together! A few years ago, Kevin and I reconnected. He was looking for a singer for a more cinematic type of song, as opposed to the usual zombie songs which are Metal. My favorite thing about working with Kevin is that his music is so uniquely dark and moody. The chords he uses, the notes, the dissonance… It’s almost like I have to travel to another world in my mind when I sing his music. Hehe!

When Black Ops III was being made, Kevin invited me back to record some vocals for the Zombie multiplayer menu music. That was a lot of fun!

You also have a second channel, Malukah Without Reverb. Is this one equally important to you as the musical channel or is it something you do just as a hobby?

The second channel is a hobby, but it’s equally important to me. It’s a much smaller channel, but it makes me feel very happy to have a place where I can interact with people who love the same things I do. It’s also a place to be more informal and playful. I get to share videos of my dog… vlogs, gaming series… whatever I can think of! The main channel, I feel I must treat a bit more carefully, or professionally. 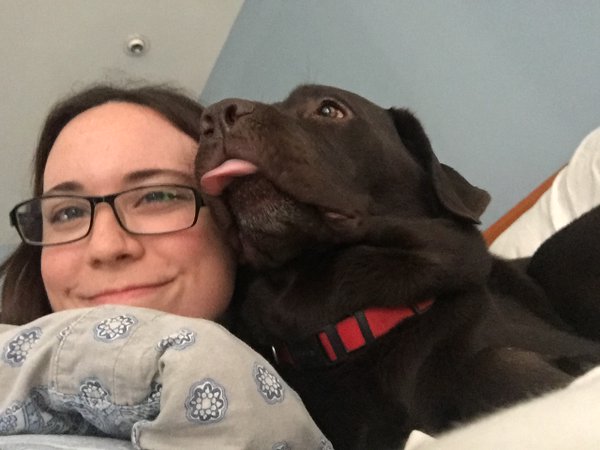 Speaking of games, I just need to ask – what games do you play in your free time? Is there anything that makes Malukah stay into the late hours of night without even realizing that?

I enjoy playing Skyrim! Even after all these years. Hehe! And I’m currently also playing Fallout 4 and The Witcher 3. A game that I confess made me stay up late recently was Until Dawn. What an incredible gaming experience! And I started a second play through almost immediately after I finished it. I could not stop thinking about this game.

You covered Priscilla’s Song from The Witcher 3: Wild Hunt (by the way, your Polish was really impressive!) and I was wondering what do you think of the game itself?

Hahaha! You are right to consider The Witcher 3 a national treasure! I love the game very much. And I love it even more after reading The Last Wish. The stories in this book helped give the game and characters a lot of meaning, since it’s the first title from the franchise I have ever played. I think The Witcher 3 is the best representation of where games are at today. A perfect blend of technology and art. And I love the music! I am currently sharing a play through of this game on Malukah Without Reverb.

So what are your future plans music-wise? Can we expect a new album from Judith de los Santos or rather one from Malukah?

I hope to release an original album in the musical style I have been sharing on my main YouTube channel. I am looking forward to this because for years I struggled a bit to find a musical style that I feel at home in, and I think I finally found it. A folky, warm, acoustic kind of sound. It’s what feels the most natural to me. I will most likely release it as Malukah, because these days I feel more attached to this name than my real one. Hehe! I am getting ready to release the first single from the album in March! I hope to complete the full album by the end of the summer. And, of course, I hope to continue recording some covers along the way! 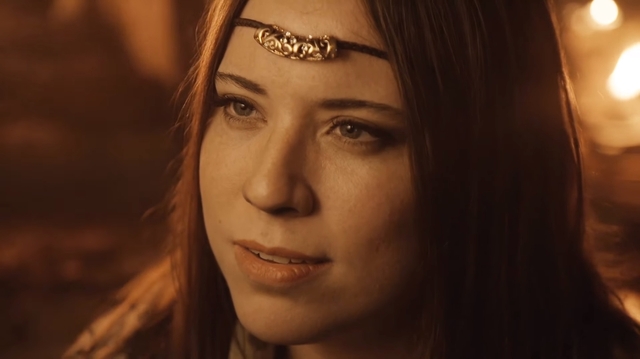 Make sure to visit Malukah’s website and both her channels on YouTube: music and gaming. You can also listen to Judith’s first album – All of the Above.