Cossacks 3 for PC is a historical real-time strategy game set between the 17th and 18th century. It is the first production of GSC Game World, the creators of the S.T.A.L.K.E.R. and Cossacks series, since its reactivation in 2014. Despite the fact that the studio didn't manage to assemble the previous team in its entirety, Cossacks 3 was developed mostly by people who worked on the first and second installment of the series. The lead producer role was entrusted to Evgeniy Grigorovich, the creator of the original Cossacks.

Cossacks 3 is, to a large extent, a remake of Cossacks: European Wars from 2001, the first game in the series, which was well-received by players and critics alike, especially in Eastern Europe. The game takes place between the 17th and 18th century. There are twelve different nations to choose from: France, England, Ukraine, Russia or Prussia/Austria, among others. Each country has a unique set of buildings, units and technologies which in total gives 70 types of troops to train, 100 inventions to devise and over 140 various structures to erect. The single player mode offers five extensive campaigns that allow the players to familiarize with the most important events of the aforementioned historical period. Apart from that, we can also perform individual missions in the skirmish mode, in which we can adjust a number of parameters ofthe randomly generated map.

Cossacks 3 is a classical real-time strategy game, so the players primary tasks include gathering resources, developing the base and its fortifications, as well as training and commanding the military. One of the title's hallmarks is the possibility of leading grand armies  up to ten thousand units can participate in a single battle. What's important, the production offers a unique AI  instead of simply treating entire squads like single units, as in many games of the genre, we can issue commands to every individual troop on the battlefield. While one or two soldiers cannot win a battle, smaller groups are much more effective in reconnaissance and taking over enemy artillery, workers or buildings. What's more, all combatants are characterized by individual parameters, such as health, morale, combat training, experience or fatigue.

The battles can be fought both on land and at sea. The terrain shape is an important variable for every skirmish. Thanks to skillful use of environment, even a smaller or less armed unit can beat a significantly stronger opponent. For example: mountains and hills provide great cover against artillery fire, whereas placing our ranged troops on higher ground increases their range. Furthermore, the developers implemented a realistic physics system which is responsible for the behavior of cannonballs and standard bullets.

The multiplayer of Cossacks 3 for PC allows up to seven people to play simultaneously. They can compete divided into teams or simply on a free-for-all basis. It is also possible to let the computer AI control selected factions. The players who are not keen on rushed gameplay and repelling attacks in the initial phases of a match can make use of a counter that prevents any offensive actions for a given period since the start of the game  this gives us a chance to develop our base as well as technology required to send more advanced units into battle.

The action is presented in a classical isometric view as in many typical real-time strategy games of the 21st century. All models and effects were made in accordance with current standards, so the title looks impressive and appealing.

Cossacks 3 for PC supports modifications and fan expansions of various kinds. The production comes with an editor that was used by the developers themselves. Its capabilities allow to virtually redesign the game by adding new content or remodelling the interface, AI, balance, rules, etc.

This guide contains a breakdown of all the units, buildings and nations appearing in Cossacks 3. You'll find here useful advice and strategies of running your economy and a detailed description of each of the campaigns. 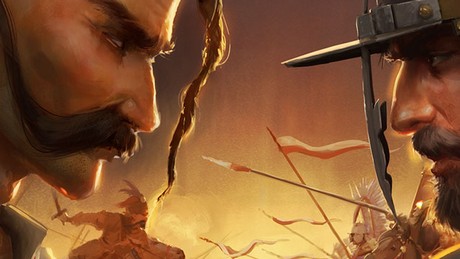 Cossacks 3 review  a sad return to the past

The Cossacks are back, marking their return with the sound of pipes and the roar of cannons. Unfortunately, the third game in the series that is especially popular in Europe comes with the same advantages and disadvantages as it did 16 years ago.

The Creators of S.T.A.L.K.E.R. Are Working on Cossacks 3

Studio GSC Game World that reactivated late last year is currently working on Cossacks 3. The game will be a classic real-time strategy modelled largely on the first installment in the series. The title is slated for a PC release later this year.

Cossacks 3 to launch on September 20

Cossacks 3, the next installment in the classic RTS franchise from the creators of S.T.A.L.K.E.R., is coming out on September 20, 2016.