Death Trash is an RPG developed by the independent studio Crafting Legends from Berlin. The title appeared on PC, and the source of inspiration for its creators were the iconic representatives of the genre, headed by Ultima VII: The Black Gate and Planescape Torment.

Death Trash takes place in a grotesque universe combining the features of post-apocalypse and cyberpunk currents. The title takes us on a journey to the planet Tauris V, whose population began to recover after the Great Galactic War. Unfortunately, soon afterwards, disputes between factions about resources, influences and beliefs broke out once again. What's more, the evil, mysterious beings called the Ancients, released from their prison, began to mix up in the matters. The player lands in the middle of the conflict and it is only up to them whether they will end it or lead to its escalation.

We start playing Death Trash by choosing a protagonist and adjusting their stats to our individual preferences. The gameplay formula does not differ from what other RPGs accustomed us to, so in the course of the struggle we observe the action in isometric projection, mainly dealing with traversing gloomy locations, performing tasks commissioned by colorful NPCs (during dialogues there is a possibility to leave the interlocutor at any time) and the progression of the hero.

Also important is combat, taking place in real time using standard weapons and psionic powers; both people and mutants stand in our way. Interestingly, in the course of the adventure we can kill not only adversaries, but also friendly characters. The game includes a crafting system, with the help of which we create useful elements of equipment.

Although the pillar of Death Trash is the single player mode, the game has also implemented a multiplayer module, which enables us to play in the company of another person on a shared screen.

Two-dimensional graphics of Death Trash adopt pixel-art style reminiscent of that of the first and second Fallout. The game is characterized by a high level of brutality and vulgar language. 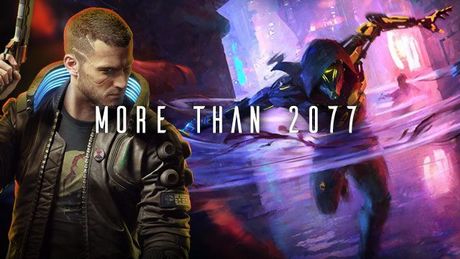