The subgenre of science-fiction known as cyberpunk took firm roots in the pop-culture as early as 1960s and 1970s, when the most notable books of writers such as Philip K. Dick, Roger Zelazny and J. G. Ballard were published. Since then, we have been accompanied by dystopian visions of a future ruled by greedy megacorporations and people addicted to drugs and technology, or philosophical reflections on the nature of humanity. This theme has been particularly common among video game developers in recent times. It's not hard to trace the source of this interest  thanks to Cyberpunk 2077, this trend is extremely popular, so many authors are making hay while the sun shines. So we have selected the most interesting games that take advantage of cyberpunk formula, which we can expect to debut in the coming months.

We wanted our text to contain a few additional sentences that you can't find anywhere on the web, and no one talks more passionately about games than their creators. That's why we asked the devs of some of the listed games to write a few words for us. Their feedback can be found in green frames. 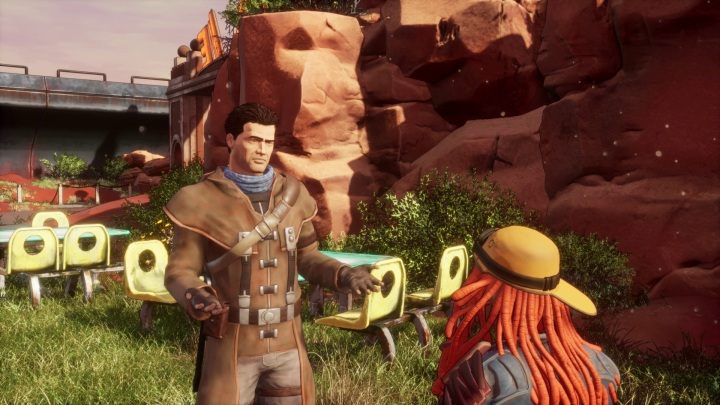 Beyond a Steel Sky is a sequel to the classic adventure game from over a quarter of a century ago, Beneath a Steel Sky. Both games were created by the Revolution Software studio, famous for giving us Broken Sword and cartoonist Dave Gibbons, whose work is featured in the iconic Watchmen comic book series. The Sequel directly follows the plot of the original, although it differs from it in terms of visual setting and gameplay mechanics.

Fans of Beneath a Steel Sky really are wonderfully patient. After a 25 year wait, I have teamed up with Dave Gibbons again to write a new chapter in Robert Fosters adventures as he returns to Union City.

He finds Union City to be a utopia, its people loving life under the control of an altruistic AI: ever-attentive androids, designer living, piazzas and bars. Whats not to love? But this City has a dark underbelly

The adventure is set in a dynamic gameworld, populated by intelligent characters following their own motivations  which can be subverted by player actions either directly through their actions in the world, or indirectly through hacking the interconnected AI systems to create unexpected outcomes for those characters.

I hope that, after such a long wait, adventure fans will find Beyond a Steel Sky is a dramatic, humorous, cyberpunk adventure - which has been worth the wait.

Playing as Robert Foster, one goes on a quest to find a kid kidnapped in a brutal attack. A lead will take players from a desert enclave to one of the last megametropolises on the planet, where humans remain under the strict control of an AI monitoring everything. The 3D comic visual setting will be used to show a living world in which independent characters react differently to the player's actions, and the city changes as one decides. What's interesting, the creators have the ambition to present the surveillance regime in an ambiguous way, in addition to its obvious flaws, while also presenting the advantages of being a part of such a control system.