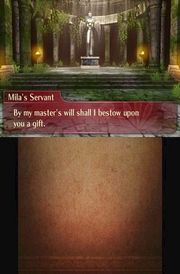 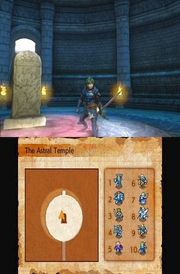 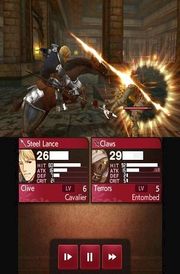 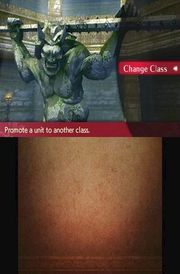 Fire Emblem Echoes: Shadows of Valentia for 3DS is a remake of the 1992 Fire Emblem Gaiden for Nintento Entertainment System, the second game in the famous jRPG series. Intelligent Systems, creators of other critically acclaimed games like Paper Mario or Advance Wars, developed both versions.

Fire Emblem Echoes: Shadows of Valentia for 3DS takes place in a fantasy continent known as Valentia. The land is divided between two opposing kingdoms, Rigel and Zofia. The game focuses on two childhood friends: Alm, a knight from the Riegel army, and Celica, a girl representing the Zofia kingdom.

Their stories intertwine, allowing us to see what happens on both sides of the conflict.

Like every game from the series, Fire Emblem Echoes: Shadows of Valentia for 3DS is a tactical RPG with a turn-based combat system. During battles, we control a small unit of heroes. Using their special abilities and taking advantage of such things like lay of the land are some of the key elements leading to victory.

Like every proper RPG, Shadows of Valentia allows us to level up our characters, increase their skills, and learn new abilities. We can only take a handful of characters to battle, but during our adventures we will recruit many new heroes and build our party for specific encounters.

When we are not fighting, we can explore the game’s world, visit towns, and do numerous side quests. Additionally, there are many various dungeons for us to explore.

Fire Emblem Echoes: Shadows of Valentia for 3DS is a full remake of Fire Emblem Gaiden, meaning that all audio-visual elements were recreated from scratch. The game offers 3D visuals, and its plot was enriched by the animated cutscenes created by Khara studio. It is also the first game in the series to have fully voiced dialogues.