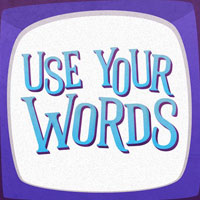 Hasbro Family Game Night 2 is a social game that is an adaptation of a TV show. Players can compete in competitions inspired by popular Hasbro boards (e.g. Monopoly, Operation, Clue and Pictureka). The title was produced by EA Bright Light development studio.

Wheel of Fortune is an adaptation of an extremely popular quiz show. The game of Pipeworks Software studio allows players to play the role of participants of the TV show and try to guess the letters of the password hidden on the board.

Minute to Win It

Minute to Win It is an adaptation of a popular TV show, known to Polish viewers as "One Million in Minute". In order to reach for a virtual win, players have to face 10 skill-based competitions with varying degrees of difficulty. They have only 60 seconds to complete each task. The title was produced by AEg Solutions studio.

Adaptation of an extremely popular quiz show. The game by Pipeworks Software studio allows players to take the role of participants of the TV show and try to guess the letters of the password hidden on the board.

Another game based on the popular teletournament, known in Poland as "Playing or not playing? The novelty is the conclusion of 20 mini-games, thanks to which we can fight for victory in an alternative way.

Spin-off edition of a series of social games, which are an adaptation of the American You Don't Know Jack teletournament. The production of Jackbox Games, Inc. is aimed at teenage players and allows you to test your knowledge and sharpness of mind through hundreds of unconventional questions about interesting facts from different fields of knowledge.

Hole in the Wall Kinect

Hole in the Wall Kinect is a purely for users of the Xbox 360 console with an innovative Kinect motion controller arcade game based on the popular TV show. The task of the players is to place the body in such a position to fit in the title "hole in the wall".