The Lord of the Rings: The Two Towers

Tactics Ogre: The Knight of Lodis

The Lord of the Rings: The Third Age

The Lord of the Rings returns! The Third Era has come. An era of chaos and doubt. History has made a circle. Gather your team and embark on another expedition for truth and justice. But beware of the ominous eye - it won't rest until it annihilates you.

Continuation of the game "Avatar: The Last Airbender". Again we play the role of Aang, who is the reincarnation of the title Avatar. We participate in numerous clashes with enemy forces.

"Final Fantasy I & II: Dawn of Souls" is a conversion of the first two games from the Final Fantasy series released several years ago to NES (Nintendo Entertainment System). At the same time, it is the second position related to the FF world released by Square Enix on a portable GameBoy Advance console (the first is a sensational tactical RPG - Final Fantasy Tactics Advance).

Tactical RPG games draw in incredibly. If a good combat system is wrapped in a good story, with good graphics and effects of fights - you can count on the hit. Final Fantasy Tactics shows how to play such games. 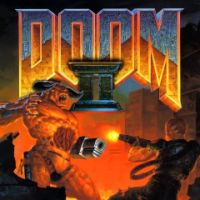 An action game with RPG elements – The Lord of the Rings: The Return of the King, developed by Visceral Games in cooperation with EA Redwood Shores, is based on the license of a hit movie by the same name. The game allows the players to assume roles of over a dozen characters known from the silver screen – one can play as Frodo, Gandalf, Aragorn, Legolas, and many others. Player’s task is to destroy The Ring of Power and defeat the Dark Lord Sauron.

Final Fantasy VI Advance is the third, after FFIV and FFV, remake of the classic title from the Japanese cRPG series for the Nintendo GBA console. The conversion of the game, which was distributed in three million copies all over the world, was done by the reliable Square Enix studio.

The next installment of the popular series of Japanese RPG games combining the worlds of Square Enix production with characters and landscapes from Disney animated films. Visually, the whole thing resembles 16-bit productions of this genre. The fighting system, on the other hand, resembles that of PlayStation 2 and combines card elements with dexterity aspects.

Tales of Phantasia is the first in a series of RPG games, Tales of ..., signed by Namco. The player takes on the role of Cless Alvein, a seventeen-year-old sword adept on a journey through time and space to find out who is behind the destruction of his village and his loved ones.

In the fourth part of Final Fantasy - a refreshed version of FFIV for SNES from 1991 - we visit eighteen cities and castles, meet a multitude of spells, hundreds of monsters, types of weapons and objects.

Conversion of the classic role-playing game, which in 1993 was released on the SNES console. Noteworthy are the exceptionally long gameplay time, as well as a very well thought-out system of character development and fighting.