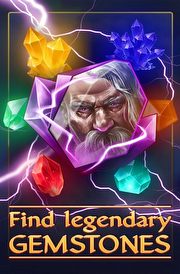 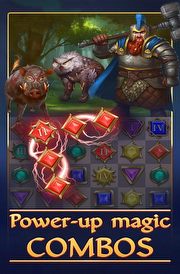 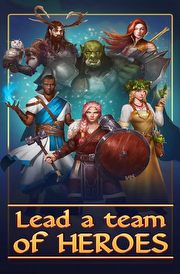 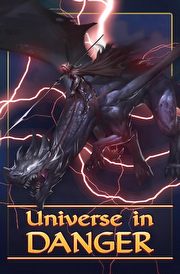 Gemstone Legends is a free, high fantasy mobile RPG, in which we can also find mechanics characteristic for logical productions (Puzzle RPG). The title allows players to assemble a team of heroes and then explore the dangerous underworld, fight monsters and collect valuable treasures. The Polish independent team One More Game Studio is responsible for its development and release (the company is known for creating Animatch Friends).

The action of the game takes place in the world known as Chrono Realm. As a result of unknown circumstances, the universe is suddenly on the brink of catastrophe, with powerful dark magic breaking out of control and sowing destruction. Only brave heroes can stop the threat...

The fun in Gemstone Legends is to assemble a team of heroes and then explore an open world full of dangerous dungeons and monsters. Players have at their disposal a number of varied, interestingly designed characters - more heroes are received by gaining scrolls during the game.

The fights were realized in turn-based system, which contains elements of a logical game (in order to ensure the power used during attacks, we have to solve puzzles consisting in matching colored crystals). The way of showing clashes is a bit like card games. In the game you will find a comprehensive catalogue of various types of opponents, requiring the use of different tactics. It is crucial that the abilities of individual heroes are used properly.

As the game progresses, we develop the skills of our heroes and acquire new equipment that allows us to face more difficult challenges.

At Gemstone Legends, we can only play alone. The basis of the game is the single player mode, but the production offers limited network functionality - together with other players we can create a guild whose level and statistics will increase as the progress of individual members is made (thanks to which we gain access to new opportunities).

Gemstone Legends has a decent, two-dimensional graphic design that is mainly based on hand-drawn illustrations. Drawings of individual characters and places are maintained in quite classic high fantasy style (this convention includes the world of Forgotten Realms, known from Baldur's Gate series) and are partly animated (in some situations you can see for example light sources held by the hero). The whole thing looks coherent and gives a good impression.