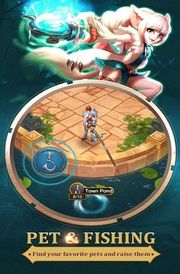 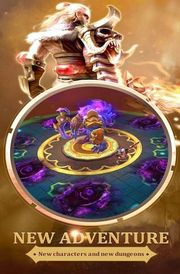 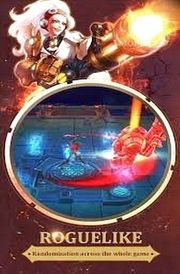 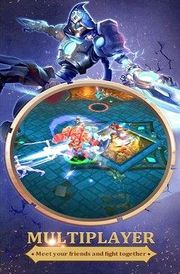 Guardians: A Torchlight Game is an action RPG developed by Perfect World for mobile devices with AND and iOS system, where it is distributed in a free-to-play model with optional microtransactions.

Guardians: A Torchlight Game takes place in a universe created by Runic Games for the Torchlight series. The game world combines the features of fantasy with elements taken from the steampunk current.

In Guardians: A Torchlight Game the action is shown in isometric projection. We start the game with a simplified process of character creation, during which we can decide the character's gender and appearance and choose one of the four specializations. The decision taken at this stage is important as the class we choose determines the skills and equipment that the protagonist can use during the game.

During the game, we perform tasks that take us to procedurally generated locations (located both on the surface and in the underground). The mainstay of the game are real-time battles, during which success is ensured by skillful juggling with the available attacks and special combat skills of our hero (the range of which increases as the adventure progresses); it is also important to avoid enemy attacks and to launch rapid counter-attacks. We are not alone during the game - our hero is accompanied by an animal that provides support. During the breaks in butchering enemies, we can devote ourselves to fishing (more than a hundred species of fish are waiting to be caught).

All this can be done solo or with other players. Guardians: A Torchlight Game enables us to play in PvE and PvP modes. The title also enables us to set up guilds and wage wars with enemy groups.

Three-dimensional visuals of Guardians: A Torchlight Game can be enjoyed mainly due to their slightly cartoonish style and rich color palette.