Hard West is a turn-based strategy, which combines exploration of the world like in the series Heroes of Might & Magic with the depth of tactical battles, kept in a climate so called Strange West (mix of western and fantasy). It is the first major work of the Warsaw studio CreativeForge Games, which cooperates with veterans who had worked on such hits as Call of Juarez, Dead Island and Shadow Warrior.

The game was inspired by westerns, so the action takes place in the United States of America in the nineteenth century. However, the historical realities are of a marginal significance. The character starts the game in the gloomy, sun-scorched land where lawlessness is rampant and the most common goods are weapon, ammunition and blood. What is more, there occurs unexplained phenomena, for which is responsible the devil.

Hard West consists of a number of scenarios, which are sufficient for minimum 1 hour of the play. The basis of the game is a map of the world, which is filled with a variety of places including treasures, tasks and secrets. There is no shortage of the opponents  the battles, which take place in detailed and extensive locations, are one of the most important elements of Hard West.

As it was mentioned before, the battles take place in turns. The developer has not implemented bars of life and instead there are applied mechanics where each ball may turn out to be fatal. If the wounded survives  for example, when the character receives potions, medic or shaman help fast - the wound will leave a scar, which will be a kind of perk. It can improve the stats and skills of the character. What is more, in the Hard West there is no shortage of an extensive system of protagonists development.

The CreativeForge Games Studio provides a lot of tactical options during the game, which are not always conventional. For example, the character can blow the furniture over to use it as a protection against enemies, taking the positions which are unfavorable for the enemies, for example in such a way that the sun blinds them. Another feature can be encouraging the adversaries to abandon the murderous intentions by dropping purses with coins, manual targeting in such a way to deflect a ball of metal obstacles and hit the enemy rebound, as well as ... avoiding protections by twisting the missiles.

As you can see, the creators here and there turn a blind eye to the issue of realism - including weapons. The players in the arsenal can find such inventions as the four-barrel shotgun or rifle with 250g bullets. It is worth mentioning that despite the turn-based system, the clashes are dynamic and do not last longer than 5-10 minutes. 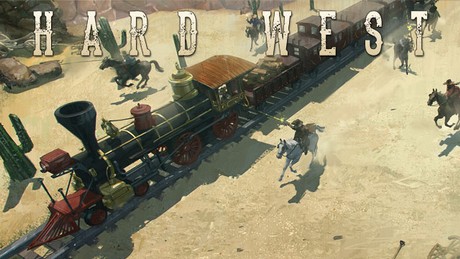 Hard West is not afraid to take up the glove dropped by XCOM and shows that a digital narrative can be something else than an endless festival of action and explosions. Still, this doesnt mean its perfect.

Hard West looks like XCOM in Western-themed dark fantasy setting on this new gameplay video. This turn-based strategy game is coming to PC this fall.

XCOM meets Call of Juarez meets dark fantasy Hard West is coming out on November 4. Right now you can pre-order the game 20% off the price on Steam.

Hard West is now available. This turn-based tactical strategy game from a Polish developer is getting mostly positive reviews both from critics and players.