Lego Star Wars: The Force Awakens is another part of bestselling action-adventure games series, which combines franchise of popular Danish LEGO bricks with classic universe of Star Wars. The series started in 2005 turned into three full-scale games, based on both new and old movie trilogies, as well as animated Clone Wars. This game bases on seventh episode of famous galactic saga, which debuted in December 2015, and has been developed by TT Games (previously known as Travellers Tale studio) on wide group of platforms, including PC, PS4 and etc..

The story of Lego Star Wars: The Force Awakens follows what has been presented in the movie. It takes place 30 years after the events of Return of the Jedi and revolves around new characters: ex-stormtrooper of the First Order, abandoned as a child junk collector Rey, and resistances pilot Poe Dameron. Major characters from previous episodes also appear in the background, like Han Solo, Luke Skywalker or princess Leia. And new exclusive plotlines act as a bridge between Return of the Jedi and The Force Awakens.

Basic gameplay of Lego Star Wars: The Force Awakens for PC, PS4 and etc. has remained unchanged. We still get a colorful action-adventure game and play as many movie characters, take part in various adventures, fight with enemies and solve various puzzles, most of the latter requiring creative usage of famous Danish bricks. That doesnt mean that team of TT Games hasnt provided some new features to refresh and vary a tested scheme of the series. One of them is a multiply construction option, allowing opening new paths with LEGO bricks, and then dismantle and build again, using the same parts to solve many puzzles. A second novelty is the introduction of eye-catching blaster duels, in which we face First Order stormtroopers and make use of environmental cover.

The LEGO Star Wars: The Force Awakens guide contains all the information needed to achieve a 100% completion of the game - main and secondary missions walkthroughs, all collectibles and hints on the available side activities. 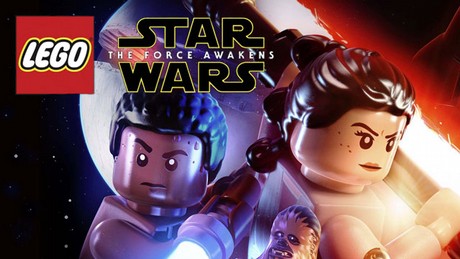 The hype surrounding the new Star Wars is strong. This June, LEGO Star Wars: The Force Awakens will bring loads of fun for all ages! 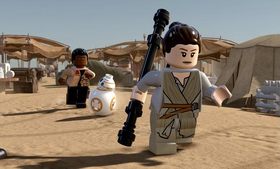