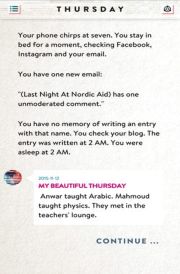 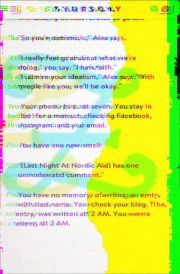 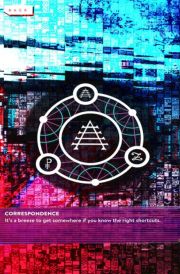 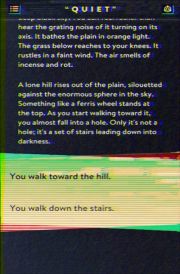 Mage the Ascension: Refuge, released on AND, PC and iOS, is a narrative adventure game. The title was developed by White Wolf Entertainment studio, which is part of the White Wolf company that created the whole franchise. The script was written by Swedish novelist Karin Tidbeck. This is a premium game, meaning it has no microtransactions.

According to the title, Mage the Ascension: Refuge is based on a role-playing table game. It belongs to the so-called World of Darkness, where supernatural beings are living in secret along with people.

Mage the Ascension: Refuge takes place in modern Sweden. We play the role of a young woman who recently learned that she is a magician and is just beginning to discover the powers and knowledge that allows her to shape the surrounding reality. Unfortunately, she can't explore her new talents in peace, because different factions want to use the girl in the war for the power over the magical society.

The refugee crisis plays an important role in the plot and the heroine has to discover for herself whether the newcomers will turn out to be allies or enemies.

Mage the Ascension: Refuge is a narrative adventure game. There are no arcade sections or complicated puzzles. While playing, we mainly discover the plot presented in text form enriched with occasional pictures, conduct conversations and make decisions.

The campaign is largely non-linear. The player must make difficult moral choices regularly , as well as try to find a balance between the desire for power and the risk of so-called Paradox, a dangerous reaction of reality to the appearance of things that have no right to exist without magic.