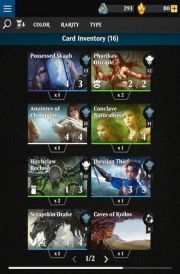 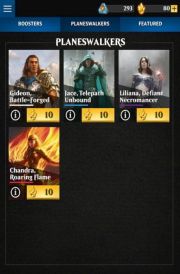 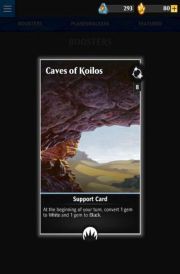 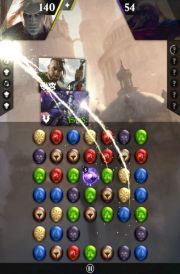 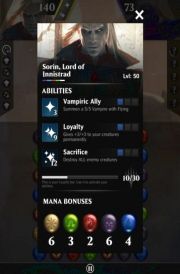 Magic: The Gathering  Puzzle Quest for AND and iOS is a puzzle game of match-3 type, enriched with elements of a card game. The game is free to play, with optional micropayments, and is developed by Hibernum Creations studio.

As the title suggests, the action of Magic: The Gathering  Puzzle Quest for AND and iOS takes place in a fantasy universe full of magic, featured in the card game Magic: The Gathering. During the game we play the part of a Planeswalker, who, through spells and summoned creatures, fights with other adepts of magical arts.

As befits a game from the <>iPuzzle Quest series, the duels are played out using match-3 mechanics. Most of the screen during the game is occupied by a board of 49 squares, filled with different, random symbols. Our task is to manipulate them to create a row of at least three of the same type. Depending on what symbols we combine, we get different effects, for example, we cast a particular spell or use an item from the inventory.

Along with traditional match-3 solutions the game integrates components of a card game. During the game we collect cards that represent characters, spells, and artifacts. Then we use them to build our own deck, and use it in fight, choosing by ourselves the effects that we would like to se generated by combinations of symbols during the duels.

Magic: The Gathering  Puzzle Quest for AND and iOS features an extensive single player campaign storyline. However, it is used mainly to polish up our skills before the biggest attraction of the game, that is playing in multiplayer against other users.