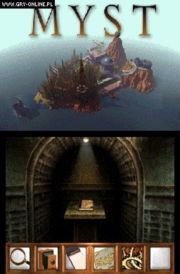 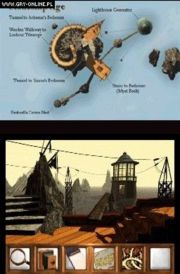 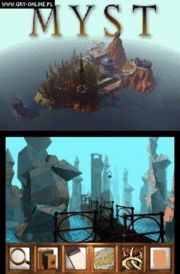 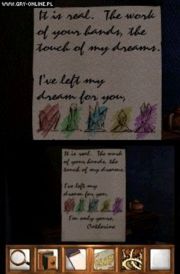 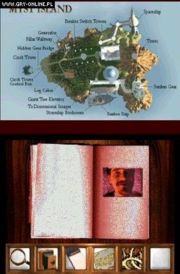 Available on the platform of PC, NDS, etc. Myst is a classic adventure game, which thanks to its unique combination of addictive storyline, complex riddles and original atmosphere, has become a permanent feature of the genre. The game is the responsibility of the American development studio Cyan, which has created The Manhole, Cosmic Osmo and the Worlds Beyond the Mackerel and Spelunx and the Caves of Mr. Seudo for younger audiences. The original version of the game was released in 1993 on PC and Mac computers, and then it was converted to a number of other hardware platforms, such as Amiga computers and 3DO consoles, Atari Jaguar, SEGA Saturn and PlayStation. After several years since the release, the game was also featured on PlayStation Portable, Nintendo DS and Nintendo 3DS handhelds, as well as popular mobile devices.

In the game Myst we play the role of a man who, thanks to a special book, moves to the title island of Myst. It turns out that thanks to similar books, created by the writer and researcher named Atrus, he can travel to other fantastic worlds called Ages, inhabited by competing sons of Atrus. The traces found by the protagonist in each of these worlds, allow him to get to know the history and its inhabitants, and finally solve the mystery of his father and his two sons, belonging to the ancient civilization of D'ni.

The game uses the classic point-and-click interface, and around the world. Mysta We move in a jumping way, observing the action from the eyes of the protagonist. Due to the specificity of production, the game focuses primarily on exploration and search for clues, necessary to solve the main plot, and the whole is accompanied by numerous logical riddles, characterized by a high degree of complexity and high difficulty. As a rule, they require appropriate manipulation of sophisticated mechanisms and a unique sense of observation and the ability to associate facts.

A characteristic feature of the game is a mysterious and slightly surreal world in which we do not meet any independent characters, and individual locations are characterized by beautiful landscapes and the presence of many unusual structures. It is also worth mentioning the extraordinary attention to detail, and any vibration of rock, piece of paper or sound, can be an important hint for solving the riddle of Atrus and his sons. Not without significance is also the fact that during the game we can not die, and the player's actions affect the end of the game and the final success or defeat.

At the time of its premiere, Myst was one of the most beautiful-looking video games, surprising with the atmosphere and detail of the presented world. Although the game's graphic design was created on the basis of static, prerendered 2D locations, Myst set specific standards in the development of the genre, used even in later years, in which 3D graphics reigned. Not without significance for the reception of the game was also the fact that the creators from the Cyan studio took the subsequent conversion of their hit to each new hardware platform very seriously. As a result, refreshed versions of the game, which appeared already in the 21st century, despite the passage of time still make an impressive impression thanks to the audiovisual setting and unusual climate.

The original version of the Myst game has been remake three times. The first of them was Myst: Masterpiece Edition published in 1999, in which the main novelty was to increase the colour palette from 8-bit to 24-bit. A year later, the realMYST game appeared on the market, using a new three-dimensional graphic engine and introducing the possibility of smooth movement. The quintessence of all versions of the game is, however, prepared for the twentieth anniversary of the release of realMYST: Masterpiece Edition, a combination of the two previous remakes, adapted to the requirements of a new generation of players.

At the same time, it is worth noting that the 21st century versions of the game for handheld PlayStation Portable, Nintendo DS and Nintendo 3DS are based on the game released in 2000. realismoffering, among other things, improved mechanics, a slightly altered storyline layer and an additional, fifth land called the Age of Rime.