Osiris: New Dawn is an action game with survival features released on PC, PS4 and XONE. The project was developed by Fenix Fire.

In Osiris: New Dawn the player assumes the role of an astronaut participating in the Osiris 2 mission. He is sent to remote areas of the space in order to find out what happened to the lost Osiris 1 expedition. During the journey the protagonist is forced to crash land on an unknown planet.

There the player quickly discovers that the planet is inhabited by many types of dangerous beasts that hunt the survivors during the day. The animals, despite being dangerous, are a small threat in comparison to what is active during the night. Once the night starts, the player must face much more aggressive, stronger and more terrifying creatures. What makes things even worse is the fact that the astronaut is surrounded by total darkness and without a light source he cant see a thing.

PC, PS4 and XONE version of Osiris: New Dawn is an action game with survival features. The player starts the game with small supplies. In order to survive, he must gather resources that are then used for building structures and constructing useful items. The player must also seek food and water. The gameplay focuses mostly on exploration and fighting with various weapons. Typically survival features are only an addition and during the game the player must focus much less attention to them than in other games of the genre: for example, food and thirst becomes a problem only during very long journeys from the base.

A large selection of vehicles, planes and mechs is available in Osiris: New Dawn. The player can also use drones that can automatically complete actions typical for survival games  gather resources, process minerals  allowing the user to focus on more exciting tasks. This aspect of the game is very advanced and the player has great freedom in programming the rules of behavior of these robots.

The action of the game takes place on large maps designed by the developers and made more interesting thanks to the procedural effects like erosion and weather conditions.

Osiris: New Dawn for PC, PS4 and XONE offers singleplayer and multiplayer modes. In case of the latter the player can select between cooperation mode and PvP competition mode. 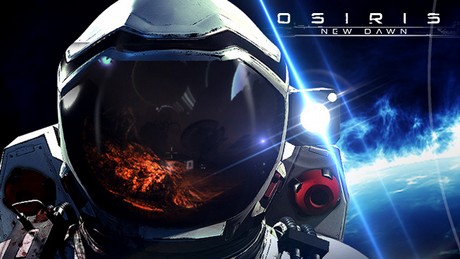 Do you feel like playing a survival game, but get discouraged by tedious mechanics that boil down to eating and gathering resources? Osiris: New Dawn may be something just for you. While a survival at its core, its main focus is on combat and exploration.