Phantaruk is a sci-fi survival horror adventure FPP game. It was released for PC and it's the first production by a Polish studio Polyslash, employing the former members of e.g. CI Games, Reality Pump, Artifex Mundi and Bloober Team.

The game takes place in the distant future, when the idea of transhumanism is about to become reality, as humanity is striving to create a person with no biological drawbacks. The leader in these studies is H+ Corporation, and the setting of Phantaruk is the spaceship Purity-02, which also serves as a research station. However, things get complicated when the vessel turns out to be an almost completely abandoned death trap, haunted by a beast  the eponymous Pantharuk, who kills everything in its sight. To make the situation even more difficult, the player character harbors a parasite, which poisons them with every passing moment. You main objective is thus not just to find a way to leave the ship but, first and foremost, to survive.

In terms of mechanics, Phantaruk is an adventure FPP game, focused mostly on exploration, during which you constantly feel you're in danger. You go through the numerous corridors and rooms of the ship, and complete simple logic puzzles that allow you to reach new locations  all the while you're being followed by the beast, whom you should avoid at all costs, since every encounter with Phantaruk means death. Moreover, you should pay attention to the fact that the parasite inside your body keeps poisoning you, which prompts you to search for pills that can neutralize the toxin. Fortunately, you can monitor your heartbeat and the toxin level thanks to an HUD on the player character's forearm. You should also look for batteries for your flashlight, as it's extremely useful among the ship's dark rooms.

At first, Phantaruk for PC was utilizing the Unreal engine, but the final version uses the popular cross-platform engine Unity 5, which results in decent visuals while maintaining quite low system requirements. Particularly notable is the game's dark atmosphere, underscored by the well-made soundtrack.

The Phantaruk guide contains a detailed and highly illustrated walkthrough of the game, including methods to avoid danger. It also offers various tips on how that will help you in completing the game. 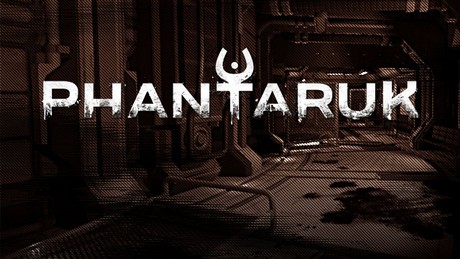 In space no one can hear you scream. Phantaruk is an upcoming Polish survival horror set in space. Weve had a chance to try it out and see whether its Amnesia in space, or Dead Space without combat.