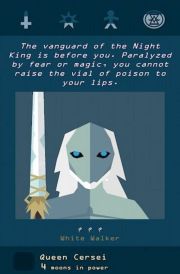 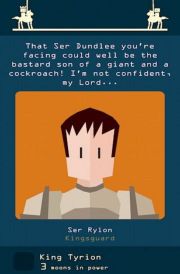 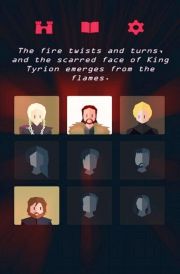 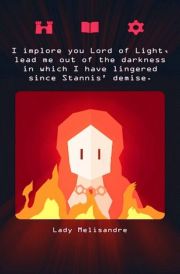 Game of Thrones is the subtitle of the fourth game under the Reigns sign, developed by Nerial studio and released by Devolver Digital. The production was created in cooperation with HBO channel and is based on the license of a popular series.

Reigns: Game of Thrones presents the players with visions of the Melisandre priestess, in which various characters of the series sit on the iron throne. These include Cersei Lannister, Daenerys Targaryen, Tyrion Lannister and Jon Snow. Players can therefore check out the various scenarios and see for themselves the consequences.

The game in Reigns: Game of Thrones is based on a scheme known from earlier games in the series. Production combines elements of logical game, adventure, strategy and roguelike. Playing is about making a variety of decisions affecting the fate of the Seven Kingdoms; we wage wars, hand down judgments and play political games, as well as satisfying the needs of our subjects and developing the economy. All this is presented in the form of cards - by moving them to the left or right, we make a negative or positive decision in individual cases. As before, the game remembers the choices we made and their consequences quickly start to accumulate.

Two-dimensional graphics of Reigns: Game of Thrones are maintained in the characteristic style known from previous editions of the cycle.