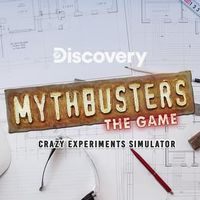 Unusual production, which was created on the basis of the popular scientific series Mythbusters: Myths of the Myths of Discovery Channel. The game was developed by Polish Movie Games studio. 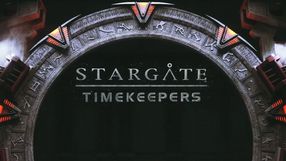 A tactical real-time strategy set in the Stargate universe. The Polish studio CreativeForge Games, a developer of games such as Hard West and Phantom Doctrine, is behind the development of Stargate: Timekeepers. 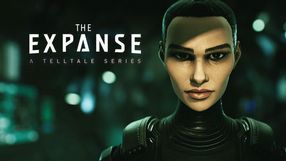 The Expanse: A Telltale Series

The Expanse: A Telltale Series is a narrative adventure game set in the universe of the popular novel series and TV series. The player takes on the role of Drummer, a character known to fans of the brand, who has to face a rebellion on a spaceship. 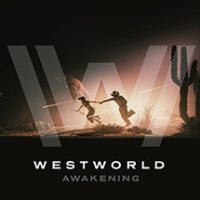 Westworld Awakening is a VR adventure game with elements of action and sneaking from the Survios studio. It's licensed for the popular Westworld series. The player takes on the role of Kate (host), who tries to find her in the events known from the second season of the series.

Another installment of the racing series developed since 2000, based on the popular RTL television crime series. This one, numbered 5, was once again developed by the team from the Synetic studio, previously known for the World Racing series, among others. The heroes of the game are invariably detectives Semir and Ben, who this time face a dangerous gang of luxury car smugglers.

The fourth installment of the popular car series by Synetic studio, based on the themes of the German thriller series Alarm for Cobra 11 and since 2008 developed under the export brand Crash Time. In this installment of the series, two likable detectives, Semir and Ben, face off against the eponymous criminal syndicate intent on taking total control of the Colony.

Alarm for Cobra 11: Crash Time is the next installment of arcade races based on a popular western crime series, known in Poland as "Cobra - Special Branch". Behind the creation of the project are the authors of the first part of the series - gentlemen from the Synetic studio. Under the influence of their publisher, RTL Playtainment, they decided to release a continuation of the product from 2006.

In Alarm for Cobra 11: Nitro the player takes on the role of a member of the elite police unit - title unit Cobra 11. This membership puts us practically above the law - sitting behind the wheel of a patrol car we have one goal - to get criminals, regardless of the circumstances and actions taken.

The sequel to Alarm for Cobra 11: Crash Time, which is the sixth installment of the car-based series launched in 2000 and based on the popular German series Cobra: Special Branch. In the game, we play as well-known on-screen detectives Semir and Ben, participating in 50 diverse missions involving a wide range of police cars and civilian vehicles such as trucks, go-carts and tuned sports cars. Tasks include catching road pirates and chasing dangerous criminals and illegal racers. 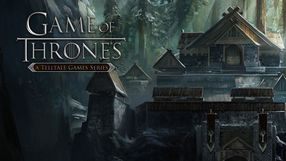 The second installment in the series of episodic adventure games developed by Telltale Games – the creators of games like The Walking Dead, Tales from the Borderlands and The Wolf Among Us. The game picks up the plot of its predecessor – the story once again focuses on House Forrester, the members of which are trying to recover after the events of the first game. The story is again told from a few different perspectives.