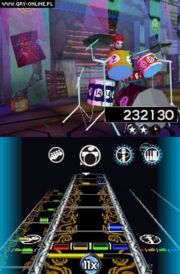 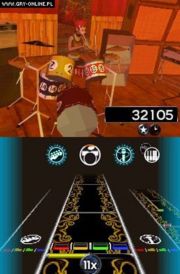 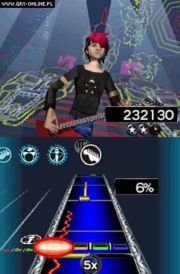 Rock Band 3 is another installment in the series of music games by Harmonix. Although the number indicates it is the third one, there were other parts in the meantime, devoted mostly to a particular band. In this one, we assume the role of a band member and play a given song by a licensed artist.

Traditionally, we play consecutive tracks using controllers resembling real instruments. Among those we can find guitar, drums, microphone and 25-button keyboard which is new to the series. We may use it by laying it on our knees or in vertical position. It was designed so as to its comfortable to use it either way.

New versions of the controllers are available for Rock Band 3. Now you may use even a real guitar, Squier Stratocaster by Fender, where no colorful buttons are required. As far as the new drum kit is concerned, it was enriched with three new plates. Up to 7 players can play simultaneously in the multiplayer mode thanks to the fact that there may be even 3 singers participating, just like in The Beatles: Rock Band.

Pro Mode is also a novelty, and it is aimed for experienced, more demanding players. The gameplay here resembles more actual playing, for example, the keyboard utilizes all 25 buttons, while in standard mode it uses only 5. Moreover, it is also necessary to jump between the particular melodic tracks.

Other than that, there are several improvements in comparison with the predecessor. The players may enter or quit the game at any time or change the difficulty  you may do so even in the middle of a song. A new mode, Road Challenges, also made an appearance, in which me complete challenges. It is also noteworthy that grouping track lists is now more user-friendly.