Music has been present in video games nearly from the start. However, it was Harmonix in cooperation with RedOctane that revolutionized the entire industry with the release of the first installment of the Guitar Hero series. I mean, who does not want to feel like a true rock star and shred his favorite pieces in front of thousands of people? And then, there is also a chance to join your friends and play a gig in Rock Band together. What is not cool about that? But rather than that, we should be asking ourselves a different question. Namely: what has happened to this genre?

Let there be rock

2005's Guitar Hero was by no means the first rhythm game ever. One can easily say that it all started with 1997's PaRappa the Rapper – a Japanese game, in which the main protagonist is the rapping dog. Players had to press the right buttons in a rhythmical sequence shown on the screen. However, it all had to be donewith their regular controllers. And I think you all know where I am heading with this. Even though PaRappa the Rapper was a huge success (there is even a remastered edition available on PlayStation 4) and many similar games followed, the real music fever started with the release of the first dedicated peripheral controllers. 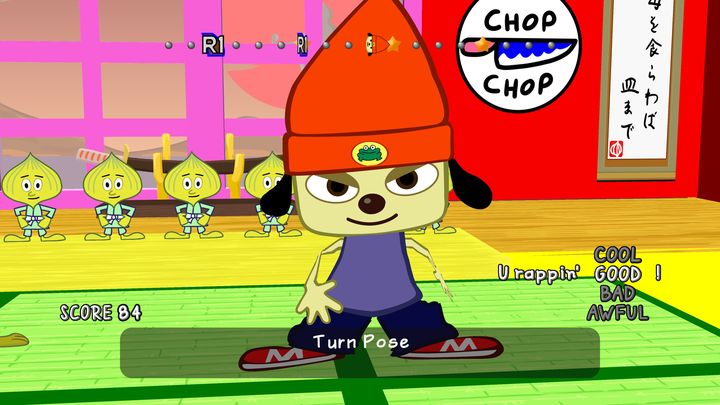 If you think about it, this is still a very good game!

The plastic guitar, however, was not the first one. Before players could pretend to smash their guitar in front of their TV screens, praying not to damage anything, they could enjoy games such as the 1999's Dance Dance Revolution, in which players had to press the right "buttons" with their... feet, making the entire experience seem like dancing. After several variations of that game, a real revolution began. In 2005 Harmonix (the studio known for working on other music games, such as Frequency and Amplitude) together with RedOctane released the first Guitar Hero installment with a dedicated peripheral controller (designed by RedOctane). And this is when all hell broke loose...

Guitar Hero took Western markets by storm, there is no doubt about that. You did not have to know how to play an actual instrument to hold the guitar peripheral, feel like a true rock star and play alongside other members of the band. The game became an instant hit even though the track list comprised of only covers. However, with each next installment more artists decided to sign up and also profit from the entire undertaking... Did somebody say something about the next installments? Oooh, there are plenty of those, all right. 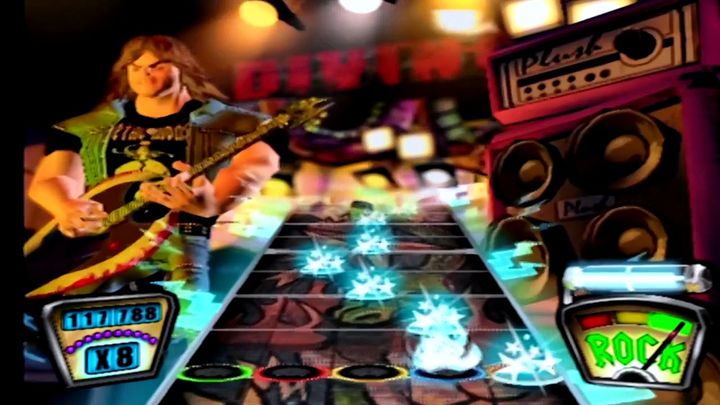 This game definitely taught me to appreciate good covers. Still, it was a nice thing to play the original tracks in the later installments.

Smashing buttons of your controller with the right timing was a formula that was bound to succeed. After getting onto the best-sellers list, Guitar Hero quickly got an even more successful sequel. Nonetheless, the events surrounding the 2006's release of Guitar Hero II changed the genre forever and cast a dark shadow on the future of Guitar Hero franchise. With all the fuss around them, both Harmonix and RedOctane became extremely desirable on the market and they did not have to wait long to find the highest bidder. Red Octane was purchased by Activision right before the release of Guitar Hero II, while Harmonix became the part of MTV Games (a subsidiary of Viacom) after the launch of Guitar Hero Encore: Rocks the 80s. And that was when the beautiful collaboration ended, only to be replaced by vicious competition.

Even though the games that were released after the split were extremely popular, they consecutively fell victim to stagnation and relative lack of innovative mechanics. After being purchased by MTV Games, Harmonix decided to do something much bigger than Guitar Hero. As a result, in 2007 rock fans could lay their hands on Rock Band – a rhythm game with four peripheral controllers, featuring 2 guitars (electric and bass), drums and a microphone. In spite of the high price of the starting kit, people raced themselves to the stores to buy the new game and be able to play together with their friends. And this is when the rock off between the two giants had begun. 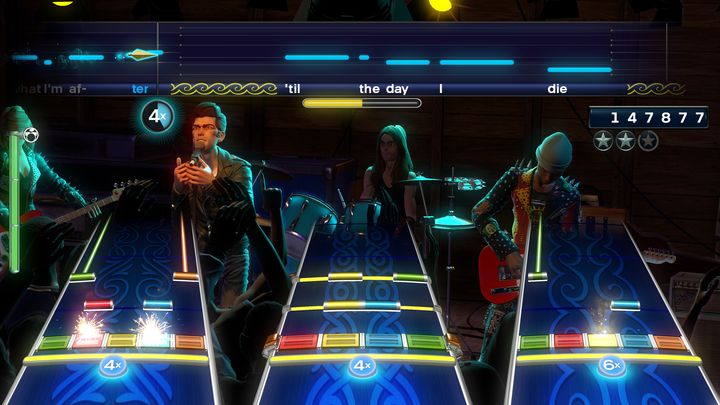 Both franchises were releasing new games at an incredible rate trying to steal fans from each other by incorporating ideas implemented by competition – take for example the ability to play Guitar Hero with drums and reaching a wider audience with porting the games to other platforms (there even were versions of the games available for portable platforms). Each franchise released several games dedicated to a single band (e.g. Guitar Hero: Metallica and Rock Band: The Beatles), but each new game was very similar to the previous one. People started purchasing only the games without the controllers which has extremely decreased the sales of each company forcing them to release even more games. Soon, the market became fed up with this trend, as the songs featured in new installments have already been available in one of the previous games or as a part of DLC pack.

Both Activision and MTV Games were trying to save the drowning ship by adding something new really quick. The former one released two installments of DJ Hero, where players were using a DJ console peripheral instead of musical instruments and Band Hero with a track list much different to what the fans have grown accustomed over the years. MTV Games released Rock Band 3 with an additional mode that allowed you to learn how to play an actual guitar and keyboard. Both companies were unsuccessful in their attempts – Activision did not reach the desired sales level, while Rock Band could not match another game designated solely to help players learn the actual instrument – Rocksmith. For years to come, the franchises were as good as dead.

In 2015 both companies decided that it is time to come back from a long break and revolutionize the genre. Well, at least one of them thought so and the other wanted to keep up with the Joneses. Guitar Hero Live required players to purchase a new controller making some of the fans glad that finally there is something new on the horizon, while other were left angry and thought that the company wants to earn a quick buck on a sentiment. Rock Band 4, according to the developers, was a game that aimed at recognizing hardcore fans by allowing them to download all the songs they were enjoying in the previous installments. The hype trains traveled around the internet stealing passengers from one another only to arrive at their destination: the premiere. Have you heard about new installments of either Guitar Hero or Rock Band since then? Well, me neither. So, I think we all know what happened. 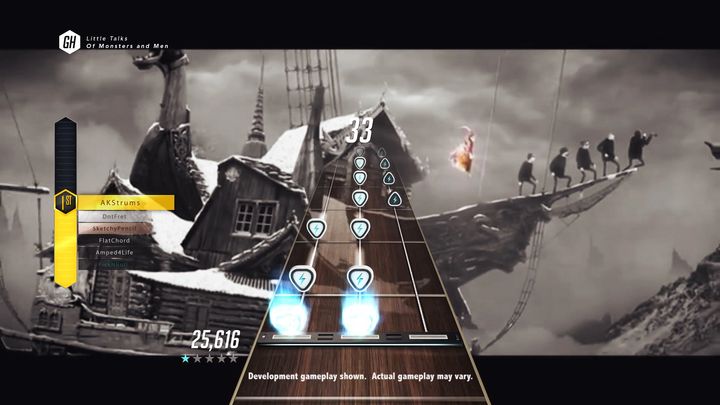 Fans of each franchise decided to give them one last chance and the games failed on their mission to win the market back. It seems that today players have already tried out the games and spent a lot of time either alone or with friends playing gigs in front of the virtual audience. In my personal opinion, both MTV Games and Activision need to wait for a bit longer than 5 years to try to retake the market in the same way as they did in the early 2000s. I personally hope this will happen, nonetheless, a new rhythm game with peripheral controllers would have to implement something incredibly awesome. I do not know what exactly, but that is something the developers need to worry about. Make it happen ‘because I really want to be a rock star one more tie!