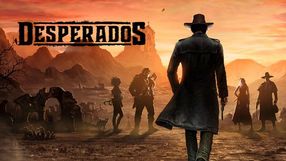 Informal continuation of tactical strategy series with action elements Desperados by Spellbound Entertainment studio. The plot of Helldorado takes us back to the realities of the Wild West, where we take control over a team of six heroes led by John Cooper known from previous parts of the series. Along with the new storyline, the production offers us a series of scenarios and tasks, which include robbing a train with money, bloody twilight in Santa Fe, a night ambush in a dark town or a visit to beautiful New Orleans.

The sequel to 2001's Desperados: Wanted Dead or Alive, a tactical strategy game set in the realities of the Wild West. The story of the game focuses on the title character, a relatively law-abiding bounty hunter John Cooper, and tells the story of his efforts to capture a dangerous criminal named Dillon. During the game, we once again control a team of six characters with different skills, and the whole thing takes place in the convention known from its predecessor and the popular Commandos series.