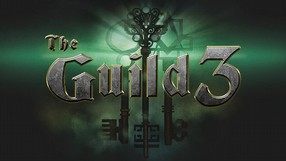 A third part in the Medieval-themed economic strategy game series with RPG elements, whose first installment was created in 2002 by JoWooD Entertainment. This time, developed by Nordic Games, The Guild 3 combines the key features of its predecessors with modern visuals as well as numerous novelties and improvements in the game mechanics. Once again we visit a medieval world, filled with wars, conflicts, and political schemes to slowly rise to the top. The iconic feature of the gameplay is the freedom in choosing our path to success. Depending on player’s preferences, we can pursue our goal as an aristocrat, a merchant, a criminal or virtually anyone else.

An original hybrid of an RPG and a real time strategy game developed by 4Head Studio. The player enters the world of 14th century Europe - a world full of intrigue, conflicts, and wars. Our goal is to amass a fortune, a goal which can be accomplished in many different ways. Even if we begin the game as an ordinary citizen, we can quickly develop in the chosen trade, be it trading, craftsmanship, or even theft. By taking advantage of the emerging opportunities, the player creates his own sphere of influence, slowly proceeding towards his goal: being a mayor, a head of a guild, or a baron of the underworld. You can establish your own dynasty to provide longevity to your business, or get interested in the matters of the spirit and become a priest. The developers focused on freedom and realistic portrayal of a medieval society and its laws. The Guild 2 is complemented by detailed graphics, considerably improved from what we could see in the previous installment.

Europa 1400: The Guild is a strategy game with cRPG elements, produced by the 4Head Studios development team. A player takes on the role of a citizen of one of the European cities at the end of the Middle Ages, and his goal is to perform various tasks assigned to the profession of his choice (e.g. becoming a mayor, making a fortune on trade, or establishing an aristocratic dynasty). The creators put a lot of emphasis on compliance with historical realities.