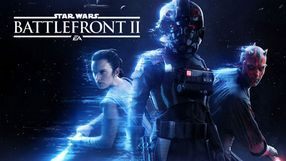 Star Wars: Battlefront II is a sequel to the 2015 multiplayer FPS game and the fourth game in the cult series that was started eleven years earlier by Pandemic. Unlike the previous game, Battlefront II offers both a complex multiplayer mode and a single player campaign set right after the destruction of the second Death Star. Iden Versio, the game's protagonist and the leader of the Empire's special forces, is given the task of avenging the Emperor. Different studios developed different parts of the game. The single player campaign was created by studio Motive, lead by Jade Raymond. Space battles were created by Criterion, and the multiplayer mode, key element of the game, was developed by DICE. Up to forty players can take part in online battles and play one of the four available classes. Additionally, we can customize characters, vehicles, and gadgets. It is worth mentioning that the game presents more than the original trilogy (episodes IV-VI). We will meet, and play as, heroes from different eras of the Star Wars universe, like Rey and Kylo Ren from The Force Awakens or Darth Maul from The Phantom Menace.

A free expansion for Star Wars: Battlefront, available only on PS4 with PlayStation VR. In contrast to the basic version of the game, X-Wing VR Mission is not a shooter in which the player controls various characters. Instead, the DLC the player takes control of the titular starfighter and participates in a large-scale space battle. A space destroyer, among other spacecrafts, also participates in the battle. The player must not only control the vehicle, but shoot various opponents as well. Thanks to the VR technology, the player can feel like a real X-Wing pilot. The action is shown from a first-person perspective and during the game the player can freely look around the cockpit that was recreated with details and precision. 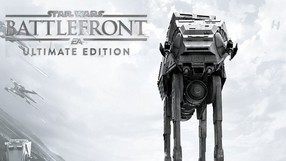 A complete edition of Star Wars: Battlefront, the third entry in a popular online shooter series set in the Star Wars universe. Star Wars: Battlefront  Ultimate Edition contains the base version of the game, along with a bunch of digital bonuses, including all add-ons: Battle for Jakku, Outer Rim, Bespin, Death Star and Rogue One: Scarif. Players can choose from several multiplayer modes, in which soldiers of Rebellion and forces of Empire compete with each other. There is also the movie cast of heroes and villains, like Luke Skywalker, princess Leia, Han Solo, Darth Vader, emperor Palpatine and Boba Fett. Additionally, players can control well-known vehicles, e.g. TIE fighters and the Millennium Falcon. Aside from multiplayer, Star Wars: Battlefront lets us enjoy a couple of single player modes. Game runs on the Frostbyte engine, most notably used in the Battlefield series. 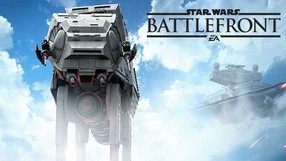 The third installment in the Star Wars-themed first person shooter series, which comes back after 10-year hiatus and with audiovisuals befitting the eight generation of consoles. After Lucas Arts Studio, who developed the first two parts, was closed, the works on the sequel were handed over to EA DICE. The game once more takes you into the age-old war for the galaxy and lets you choose one of two sides of the conflict. In the course of the game you get to visit dozens of famous locations known from George Lucas film saga and use all kinds of iconic weapons and vehicles. Apart from the expansive story mode the game offers a variety of multiplayer modes, in which you can cooperate and compete with players from all around the world. The visuals are powered by the advanced version of the Frostbite Engine, known from games like Need for Speed: Rivals and the Battlefield franchise.

Star Wars Battlefront Companion is a mobile app accompanying the online shooter from EA DICE. After logging onto their Star Wars: Battlefront accounts players can get mobile access to a wide database, including their statistics, character progression, and game scores. The app also lets you view online ranks and discuss with other players on the forum, as well as use your mobile device to display a map while playing the game. Another bonus of the program is a strategy mini-game entitled Base Command, in which you become the head of a Rebel base and have to repel attacks of Imperial forces. You can call for characters and battle machines by using cards from your personally composed deck. Succeeding is rewarded with credits, which can then be spent in Star Wars: Battlefront.

A tactical action game in which we take part in the great battles known from the films from the series "Star Wars". A novelty is the mode in which famous heroes and villains stand up to fight.

Star Wars: Battlefront - Renegade Squadron is a tactical action game designed exclusively for Sony's portable console. It belongs to a popular series, with its roots dating back to 2004 and created on the basis of cult cinematographic works under the Star Wars sign.

The second installment of the multiplayer shooter series developed by Pandemic Studios. Once again, the players can participate in spectacular battles, where the forces of the Galactic Empire clash with the Rebel Alliance. The multiplayer mode allows up to 60 players to fight on one of 12 different planets, in the interstellar space and aboard massive space cruisers. Apart from standard infantry units, the battlefields are full of a variety of war machines  from X-wings and TIE Fighters to Star Destroyers and YT-1300 freight vessels. At some point during the playthrough, one can face the legendary Jedi Knights and the Sith Lords. Interestingly enough, players who prefer a more individual experience can also find something for themselves in this game, since Star Wars Battlefront II offers a number of non-linear missions with a well-written backstory.

Star Wars: Battlefront is a tactical action game inspired by popular Battlefield 1942 and Operation Flashpoint products. The game is about team fights on a large scale in the reality of the universe of Star Wars, created in the mind of the famous filmmaker George Lucas.