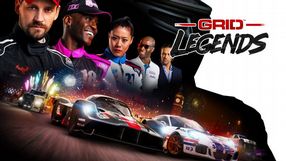 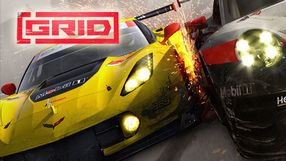 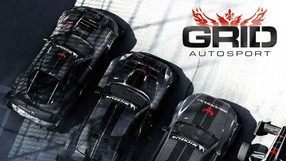 Another installment in a popular series of racing games developed by Codemasters. In contrast to DiRT - the other flagship franchise of the British developer, GRID: Autosport continues the tradition established by the TOCA Touring Car Championship and TOCA Race Driver series, that is, racing on asphalt tracks. The player assumes the role of a professional driver who competes against other racers, but he also has to care about his team members and stick to sponsorship contracts. This new installment offers 22 different tracks and over a hundred customizable cars, including both production models as well a unique prototypes - all of these account for an impressive number. The game offers improved visuals and a cockpit view, which is an element that GRID 2 was deprived of. A large emphasis was placed on the multiplayer aspects of the game, for the players are allowed to create online racing clubs, as well as to participate in subsequent, regularly appearing challenges. 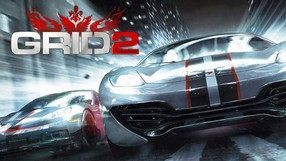 The second installment of a racing game series which continues the TOCA Race Driver franchise. It was developed by Codemasters Software, a British studio that specializes in the genre (and previously created the Colin Mc Rae Rally and F1 franchises, among others). The players assume the role of drivers participating in races on streets and speedways. The title lets us sit behind the wheel of many luxurious cars, such as Ford Mustang Mach-1, Chevrolet Camaro SS, or Koenigsegg Agrea R. The TrueFeel system provides realistic and exciting driving experience. The developers also introduced a realistic damage model and an extensive multiplayer mode that allows us to race against living opponents. GRID 2 is powered by the modern EGO 3.0 engine.

An enhanced edition of Race Driver: GRID - a game developed by Codemasters and released in 2008. The enhanced edition was created specifically for console users. The game does not bring any changes to the visuals or gameplay mechanics of the original product. An extensive career mode plays the main part here - the player participates in races taking place on the streets of American cities, races against opponents on tracks located in Europe and competes on Japanese roads in the drifting mode. However, this enhanced edition was enriched with additional contents available previously in the form of pay-to-play DLC expansion packs. Above all, the player gains access to a set of additional cars included in the 8-Ball Pack, created specifically for online racing and the Race Day mode. Contrary to the Xbox 360 users, PS3 players receive a completely new track called Australian Bathurst, along with 10 cars included in the Prestige Pack. 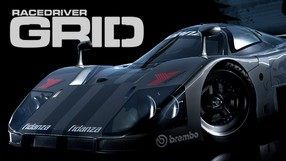 A racing game which is a direct continuation to the TOCA Touring Cars and TOCA Race Driver series developed by Codemasters. Contrary to the studio's other flagship franchise, DiRT, this game is focused on street and speedway races in which we sit behind the wheel of the most popular cars of the world, all of them licensed. The fun takes place in three different locations that offer us slightly different kinds of competition. With progress, we unlock new tournaments and vehicles. In the United States, we mostly race on the asphalt streets of American metropolises. In Europe, we compete primarily on speedways in such places as Donington, Silverstone, or Nurburgring. In Japan, drift is the most popular kind of races, taking place in cities and winding mountain roads. One of the title’s highlight is the realistic driving model. The game also features the DiRT series' replay system which allows us to rewind and retry a failed fragment of a race.

Race Driver: Create & Race are car races, designed exclusively for the Nintendo double-screen console. Developers, using the advantages of this hardware platform, not only allowed for good fun with the implemented options, but also prepared the opportunity to create their own elements of the virtual environment.

The largest and the most extensive installment yet, belonging to a series of racing games developed since 1997. Known as TOCA Race Driver 2006 or DTM Race Driver 3, the game offers an extensive career mode, which casts the player in the role of a virtual driver capable of participating in 35 different championships related to various car classes. What is new is an ability to go through the driver's career focusing on one type of races only and gradually gaining access to faster cars. However, the player can choose to play in the World Tour mode from the very beginning, though it may come with some difficulties. As usual in the series, racing takes place on faithfully recreated tracks and the players receive dozens of licensed cars with different parameters. Apart from subsequent improvements in terms of the graphics, the game offers modified driving physics and an upgraded system of car damage. The player-controlled car can be now damaged by overheating, engine fade or tire burnout.

The full-fledged successor to the 2002's TOCA Race Driver - a realistic racing game belonging to a bestselling series developed by Codemasters, a British company. TOCA Race Driver 2 combines the best elements of the previous installments, offering an opportunity to participate in 30 global championships taking place on 56 faithfully recreated tracks. As usual, the game features a wide variety of licensed cars belonging to such renown brands as Jaguar, Aston Martin, Ford, Subaru, Mitsubishi, Audi, Opel or Mercedes. Again, special emphasis was placed both on the driving physics and a unique damage system simulating different mechanical faults caused by collisions. Also, both the visuals and artificial intelligence of computer-controlled drivers were improved. The career is the main game mode here - it was introduced first in the previous installment. However, the game offers a multiplayer mode for up to 12 players as well.

The third installment of the racing series created by the Codemasters company, dedicated to the racing struggles of Touring Cars class vehicles. TOCA Race Driver, otherwise known as Pro Race Driver, V8 Race Driver or DTM Race Driver, makes up the next generation of rally games, which combine a highly realistic driving experience with the cinematic momentum of scenes straight from the racing track. Nevertheless, this time, apart from the British Touring Car Championship license, the production also possesses rights to other international competitions, such as the German DTM or the Australian V8 Supercars. In the game we will find 13 championships to participate in, as well as 38 legitimate racing tracks and 42 authentic cars. The visuals, alongside the applied driving model and destruction system have also been subject to subsequent improvements; the developers have also expanded the possibilities for the modification of our vehicles. The plot, which connects individual races, is a complete novelty to the series; it casts us into the role of a young driver – Ryan McKane – and it is our task to guide him through the consecutive steps in his career.

The continuation of the enthusiastically received racing game from the Codemasters company. In the game we are once again cast into the role of a driver, who is participating in the racing competitions with some of the most renowned TOCA competitors. The rivalry takes place on closed tracks, many of them are licensed circuits from the first installment of the series, however, there are also 8 new, fictional facilities. Similarly to its predecessor, the production is distinguished by being extremely realistic, the physics behind the driving system take into consideration factors such as velocity and traction. Additionally, the base parameters of vehicles can be modified to some degree, making the cars more adjustable to our preferences. TOCA 2 Touring Cars can also be praised for significantly more impressive and detailed visuals and an improved destruction system.

A racing simulator made by the Codemasters company, a developer best known for the Dizzy platformer series and a purely arcade racing game franchise titled Micro Machines. TOCA Touring Car Championship is based on a racing event, which has been taking place periodically ever since 1958. The said event features various competitions for vehicles of the Touring Cars class. The races take place on several elaborately recreated British tracks, e.g. Donington, Silverstone or Brands Hatch. There are 16 world class drivers taking part in the rivalry alongside numerous licensed machines from renowned manufacturers, such as Peugeot, Renault, Audi, Volvo, Opel, Ford, Honda and Nissan. The production is distinguished by its extremely realistic destruction and collision model; the developers have also faithfully recreated the driving physics, making them dependent on factors such as surface type. We have three different game modes at our disposal: Championship mode, Single Race and Time Trial. Furthermore, an option for multiplayer competitions for up to 8 players on LAN or 4 players on Split Screen is also available.