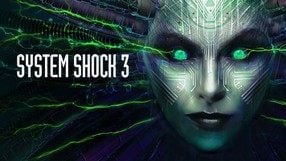 The third major installment in a cult series of first-person action-adventure games with RPG elements, whose first two parts were released back in the 1990s. System Shock 3 was developed by OtherSide Entertainment, previously known only for a fantasy RPG, Underworld Ascendant. However, the team also included people who worked on the first System Shock and all sorts of AAA games. The characteristic feature of the series is the skillful combination of an FPS with RPG and adventure elements (i.e. computer hacking as a puzzle). The long-standing main antagonist of this cyberpunk story is the powerful Artificial Intelligence called SHODAN – she returns in the series' third entry as well. 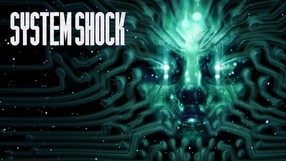 A remake of the 1994's System Shock. The original game was developed by Looking Glass Studios and is considered a classic of the genre, combining shooter mechanics with RPG elements in a cyberpunk setting. This new edition was created by Night Dive Studios, known for the 2015's enhanced edition of the same game. System Shock Remake recreates the original story, taking the player to the Citadel space station. As an experienced hacker, the protagonist has to face Shodan - an artificial intelligence in control of the station. The gameplay mechanics of the original game remain at the core of this edition. Thus the game combines first-person shooter mechanics with elements of RPG and an extensive hacking system. Most of changes the remake brings are related to the visuals. These were made from scratch, in cooperation with Rob Waters - the level designer of the original game. Both the interface and controls were heavily reworked, in order for them to follow the standards of modern FPS.

A refreshed edition of the classic System Shock (1994). The original game gained recognition thanks to the unique combination of employed gameplay mechanics - a mixture of an FPP shooter with both RPG and adventure elements. Both the mechanics and plot remain unchanged in the enhanced edition - the player assumes the role of a hacker who faces a dangerous AI inside a military research complex belonging to the TriOptimum corporation. The game is different to the original release mainly in terms of technicalities, offering higher screen resolution settings (in the widescreen mode as well). Apart from that, the devs from Night Dive (who created this edition) implemented an option to look around with mouse, which was not present in the original release. Also, three independent control schemes were added. Many technical issues that were considered the original System Shock's main flaw were solved in the new release. 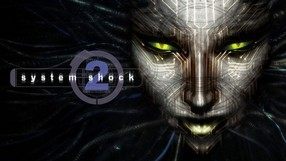 System Shock 2 brings a continuation to a an acclaimed action game featuring RPG elements, combining classic science-fiction elements with cyberpunk. The second installment was once again created by Looking Glass, this time however, supported by Irrational Games. The game is set 40 years after the events depicted in the original System Shock, when the UNN military organization tries to limit the power of great corporations, using a state-of-the-art spaceship called Von Braun to do so. The player takes on the role of a volunteer who wakes up during the vessel's first flight and finds out that the crew is dead and the ship is overrun by dangerous mutants and rebellious robots. The mechanics of the original System Shock were changed to a certain degree - elements of action, role-playing and adventure games were complemented this time by a portion of features associated with the survival horror genre. Furthermore, the character development mechanics were expanded. The player chooses one of three available classes differing in skills they offer.

A cyberpunk action-adventure FPP game developed by Looking Glass Technologies under the lead of a game video industry veteran, Paul Neurath. You play as an experienced hacker who gets forcefully hospitalized and has a special implant injected into his neural system. After waking up from coma the protagonist discovers that all personnel of the medical station were slaughtered and the compound was taken over by an intelligent computer called Shodan. Easy to guess, the hero has to face the powerful digital enemy. In terms of gameplay mechanics, System Shock combines features of a typical first-person shooter, with loads of firearms, and elements of RPG and adventure game. Hence, as you play, you get to gradually develop your character’s skills and solve numerous puzzles, which are usually about finding access codes to the next section of the station.