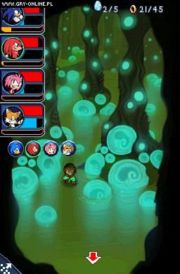 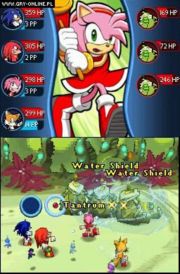 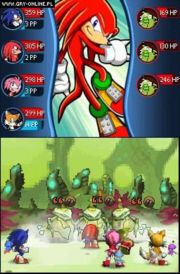 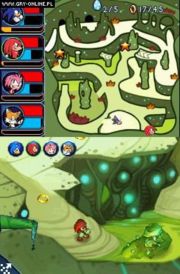 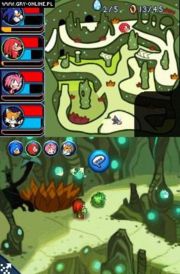 Sonic and his friends band together to defeat a menacing new enemy in a distinctly new game that includes combat, skill, collectibles and puzzles, exclusively on the Nintendo DS. For Sonic's premier debut in the genre, leading RPG developer, BioWare (Mass Effect, Star Wars: Knights of the Old Republic) has created a slick blend of strategy and speed with fast-paced battles, character and party customization, and the ability to collect and trade items via DS wireless. Players will need to keep their wits about them at all times, as they will never know what will get them through the next challenge. With an engaging storyline, lightning fast attacks, high production values and impeccable visuals, Sonic Chronicles: The Dark Brotherhood allows gamers to experience Sonic in a whole new way.

* New Party System: Draw off the customizable skills and powers of each of the 11 playable characters to overcome challenges throughout the puzzles.

* Over 20 Areas to Explore: Players will venture to exciting environments including Angel Island, the center of Eggman's fortress city and even through a wormhole into an alternate dimension, while solving puzzles and dodging obstacles. Just as in combat, some challenges will require teamwork to solve!

* Online Trading and Collecting: There are several unique types of Chao to collect, each with varying power-ups and abilities that help in combat and elsewhere. Players can exchange their Chao with friends via DS Wi-Fi.

* Epic Storyline: Sonic and friends must use teamwork and strategy to uncover and defeat the mysterious menace that is destroying their world piece by piece. New characters also add to the excitement!