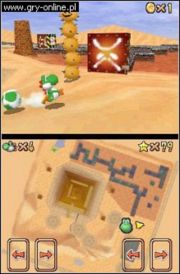 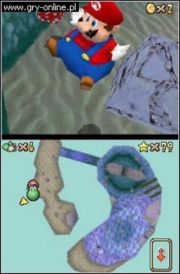 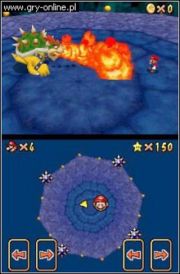 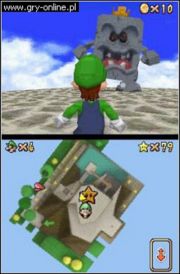 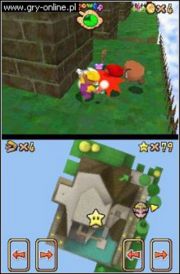 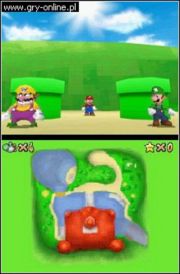 * Play as Mario, Yoshi, Luigi and even Wario. You'll need to use each one's unique abilities to find 150 Power Stars hidden in the castle and grounds.

* Play through Adventure mode and try your stylus-wielding hand at tons of new touch-sensitive mini-games.

* Battle up to three friends in Wireless Versus mode, which you can play with only one Super Mario 64 DS game card.

Each of the four main characters has multiple jumping moves that cover great horizontal and vertical distances. Each has unique moves: Yoshi can eat enemies and turn them into eggs that he can throw; Mario can punch, kick and wall-jump to great heights; super-strong Wario can break certain blocks; and Luigi can jump incredibly high. Power Flowers give each character even cooler powers, like invisibility, fire breath or the power to float through the air.

Nintendo's lawyers are trying to erradicate an unofficial PC port of Super Mario 64 from the web. The project is highly impressive and more like a commercial game than a fan production.